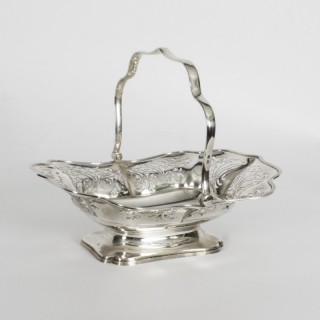 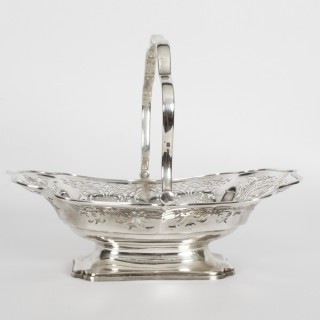 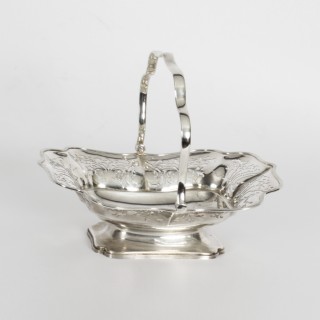 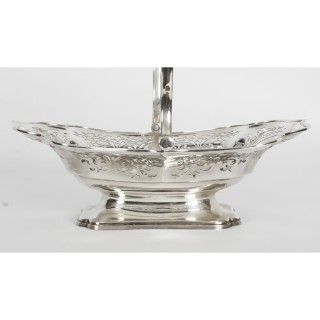 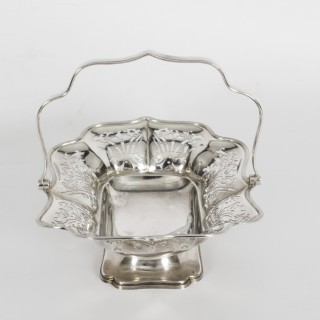 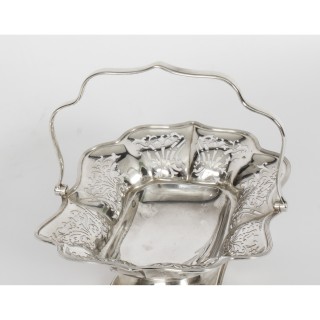 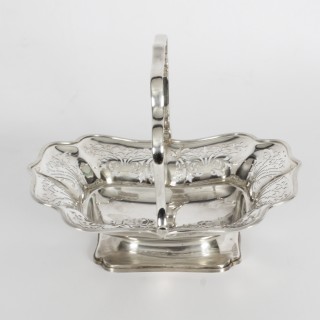 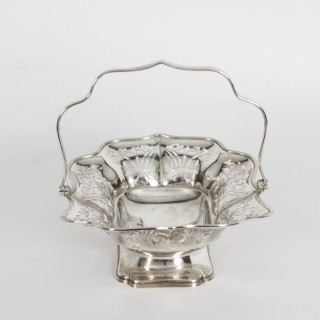 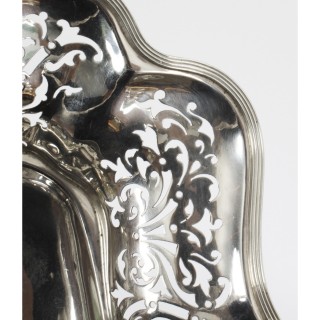 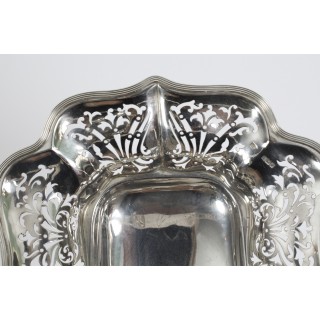 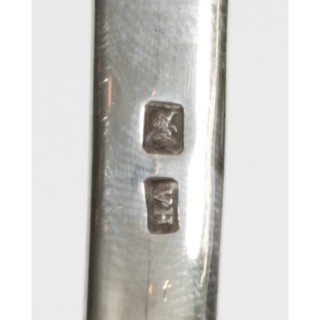 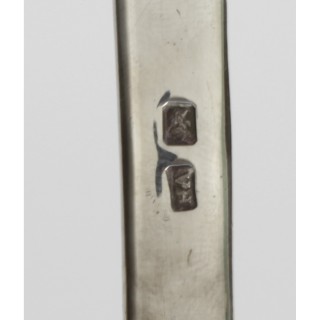 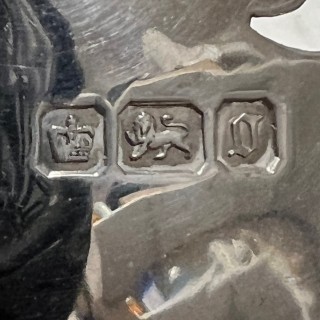 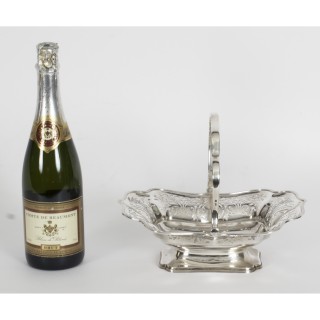 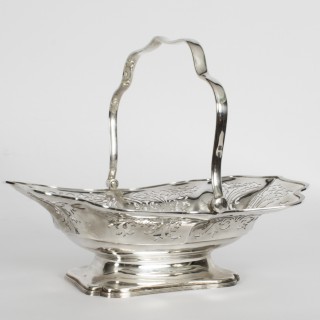 This is an exceptionally fine antique English Edwardian sterling silver fruit basket with hallmarks for Sheffield 1907 and the maker mark of Atkin Brothers.

This magnificent basket has a shaped swing handle on flared shaped oblong basket and features a gadrooned rim and base which is further embellished with pierced decoration and is raised on a shaped oblong pedestal foot.

There is no mistaking its unique quality and design, which is sure to make it a treasured piece by any silver collector.

Atkin Brothers business traces his origin to Thomas Law, a silversmith active in Sheffield from c. 1750 to 1775. He was one of the only two firms combining the trades of cutlers and general silversmiths.
The business was continued by his sons John and William, and later by Joseph Law (probably the son of John, as in an 1830 directory he is quoted as “Joseph Law, late John Law & Son”).