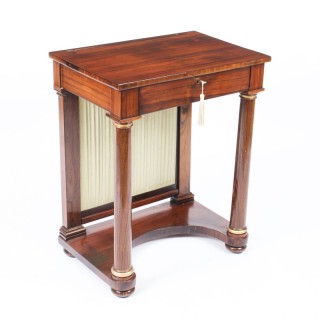 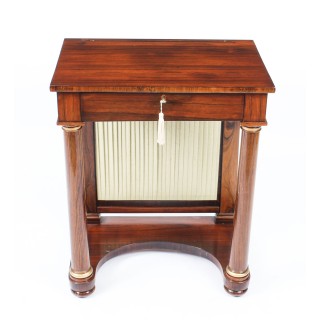 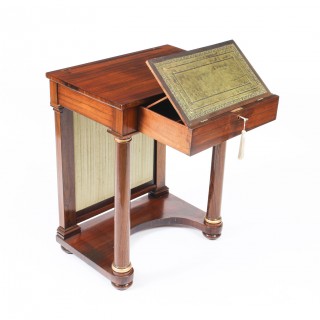 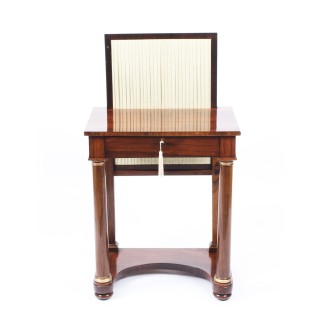 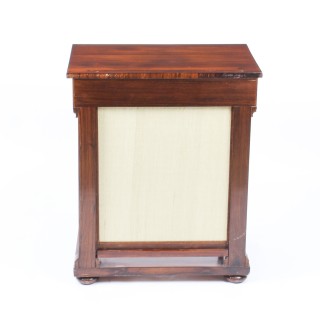 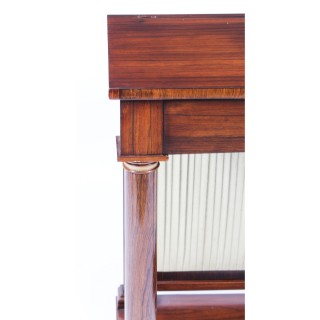 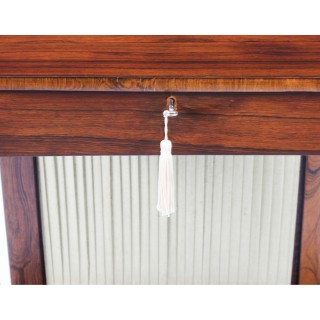 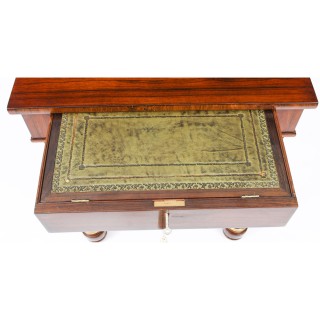 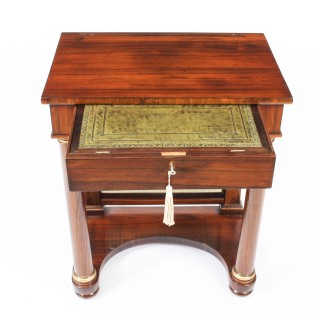 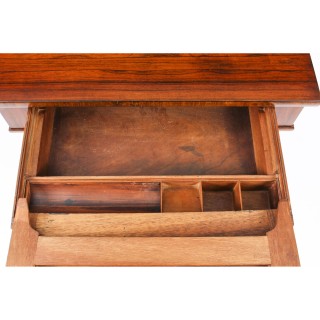 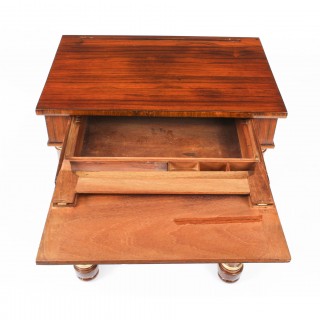 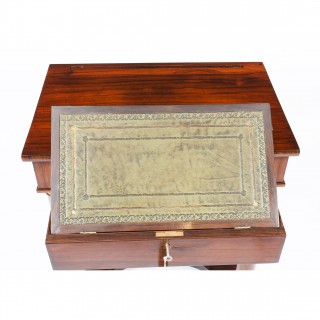 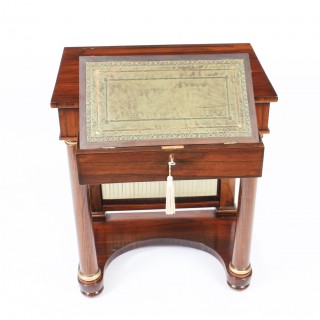 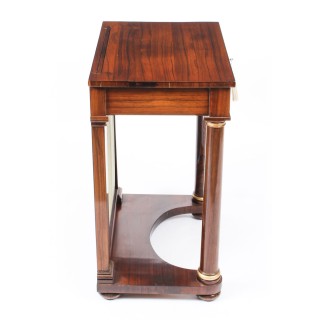 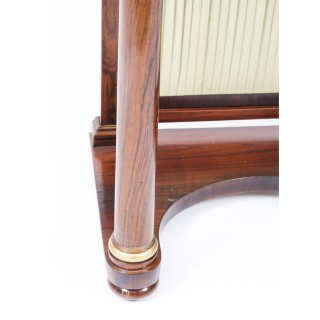 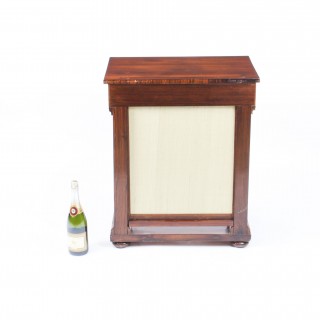 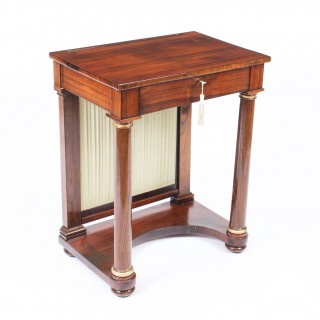 This is a beautiful small antique English Empire Gonçalo Alves console with integral writing slide and pen drawer, circa 1820 in date.

This dual purpose table has a drawer above a pair of elegant tapering columns with gilded mounts to the top and bottom, behind them is a pair of rectangular columns framing a framed fabric slide that lifts up when required. This screen serves as a modesty / privacy screen.

This piece has a single drawer with a writing slide with its original olive green leather writing surface over a pen drawer that can be pulled out from the side of the drawer whilst the writing surface is in use.

This gorgeous console table will instantly enhance the style of one special room in your home and is sure to receive the maximum amount of attention wherever it is placed.