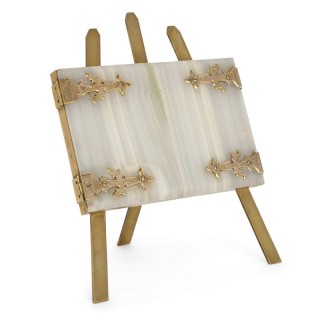 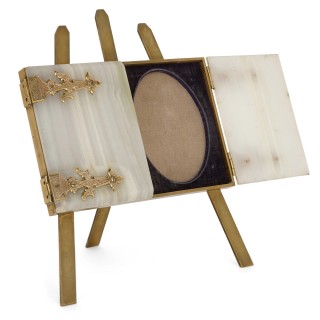 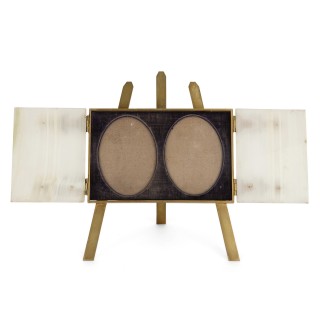 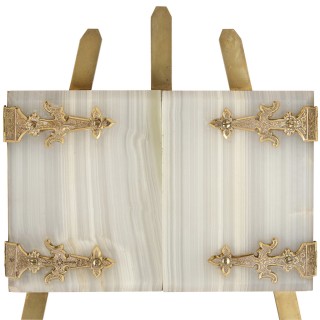 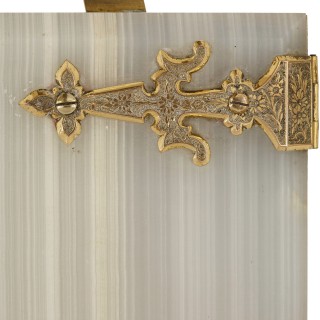 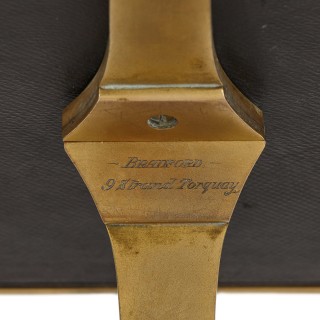 This elegant photo frame was created in England in the late 19th Century, during the reign of Queen Victoria. The item stands on three brass legs, forming an easel support. The frame can be used to display two photographs side by side, within oval velvet-covered borders. It will be perfect for a pair of half-length or bust portraits, possibly of a couple or of two children.

The photographs can be covered by two doors which are crafted from white onyx. Onyx is a semi-precious stone, characterised by its banded appearance. These doors are fixed to the frame’s back by brass hinges which are decorated with stylised floral motifs.

‘Bradford/ 9 Strand Torquay’ is signed onto the back of the frame. Edwin Bradford was a manufacturer and retailer of hardstone goods, active in England in the 19th Century.