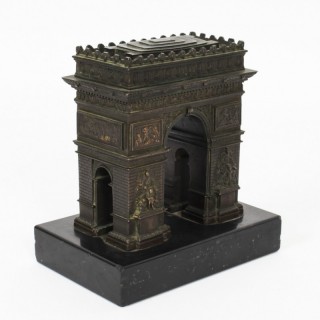 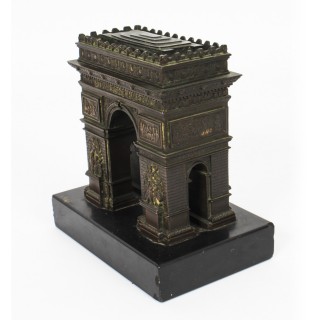 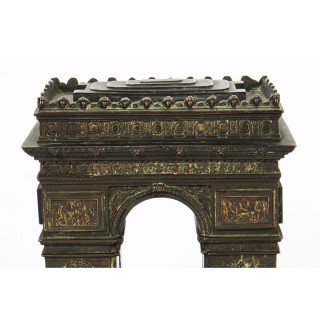 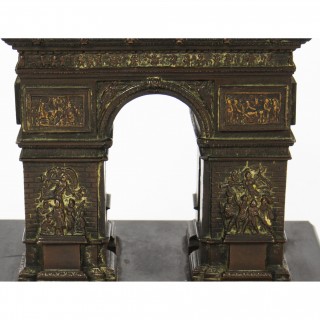 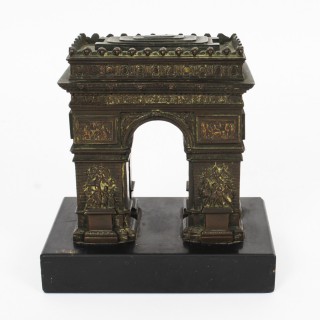 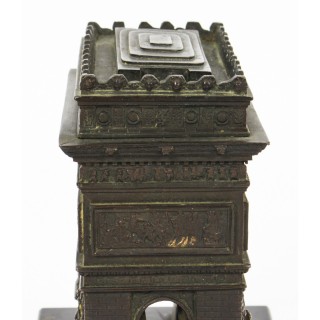 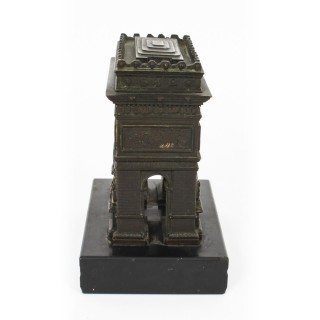 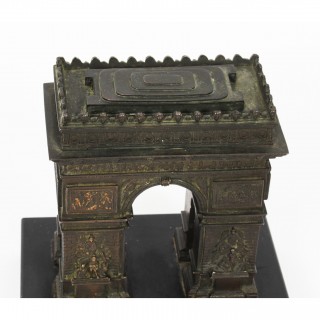 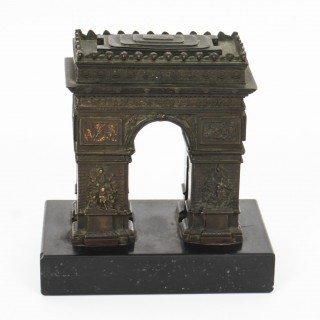 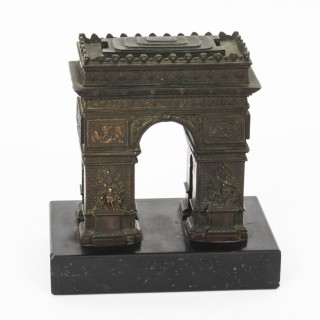 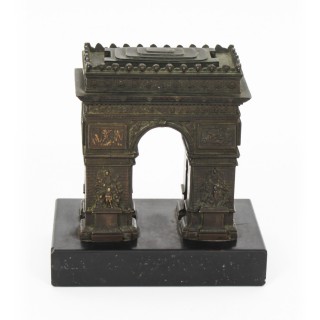 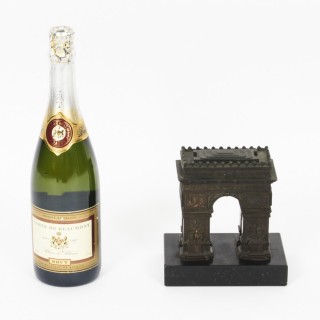 A lovely French bronze Grand Tour model of the Arc De Triomphe, circa 1860 in date.

The beautifully realistic model is cast in high relief and is mounted on a black marble base.

The monument stand at the western end of the Champs-Élysées at the centre of Place Charles de Gaulle, formerly named Place de l’Étoile—the étoile or “star” of the juncture formed by its twelve radiating avenues.

The location of the arc and the plaza is shared between three arrondissements, 16th (south and west), 17th (north), and 8th (east). The Arc de Triomphe honours those who fought and died for France in the French Revolutionary and Napoleonic Wars, with the names of all French victories and generals inscribed on its inner and outer surfaces. Beneath its vault lies the Tomb of the Unknown Soldier from World War I.

is located on the right bank of the Seine at the centre of a dodecagonal configuration of twelve radiating avenues. It was commissioned in 1806, after the victory at Austerlitz by Emperor Napoleon at the peak of his fortunes. Laying the foundations alone took two years and, in 1810, when Napoleon entered Paris from the west with his new bride, Archduchess Marie-Louise of Austria, he had a wooden mock-up of the completed arch constructed. The architect, Jean Chalgrin, died in 1811 and the work was taken over by Jean-Nicolas Huyot.

During the Bourbon Restoration, construction was halted, and it would not be completed until the reign of King Louis-Philippe, between 1833 and 1836, by the architects Goust, then Huyot, under the direction of Héricart de Thury. On 15 December 1840, brought back to France from Saint Helena, Napoleon’s remains passed under it on their way to the Emperor’s final resting place at the Invalides.[9] Prior to burial in the Panthéon, the body of Victor Hugo was displayed under the Arc during the night of 22 May 1885.