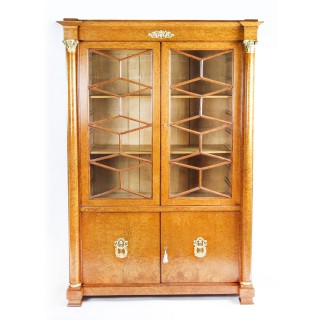 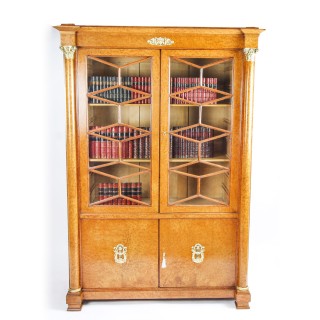 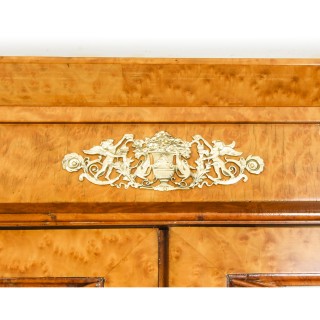 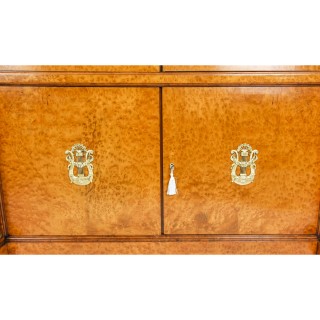 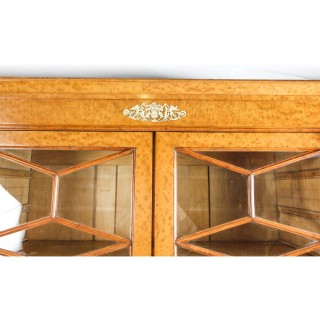 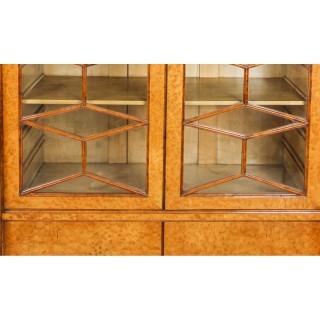 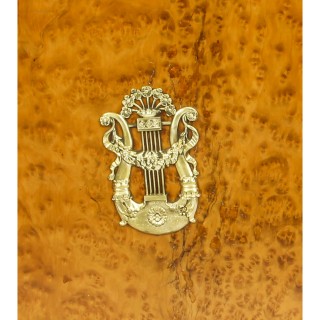 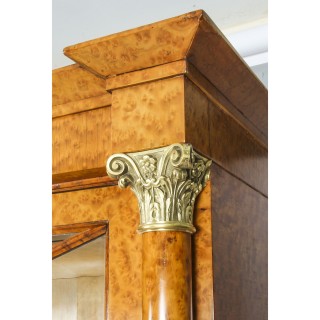 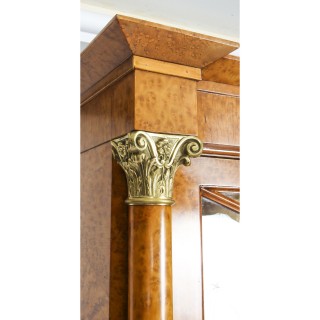 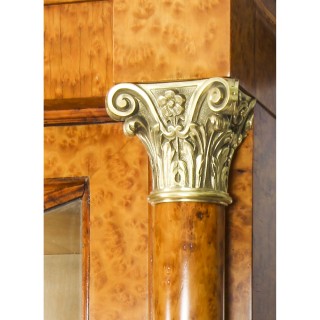 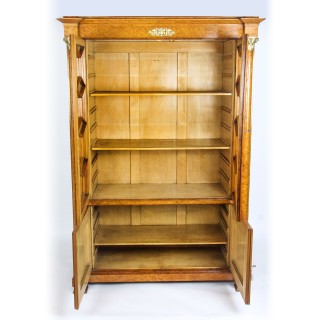 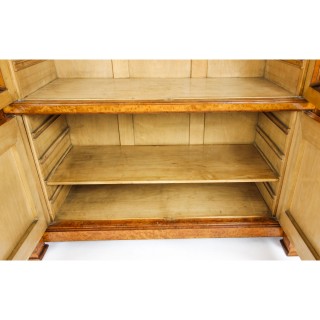 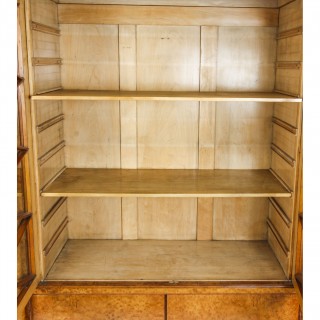 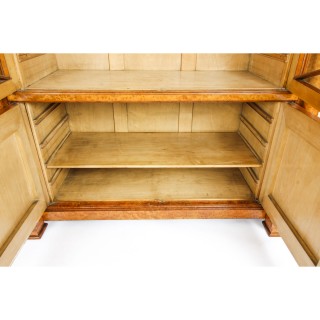 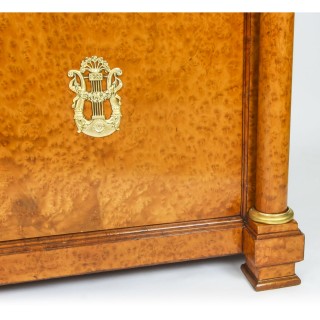 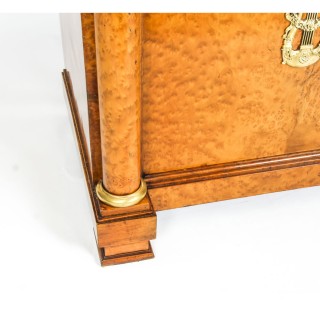 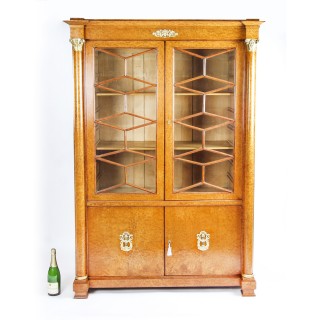 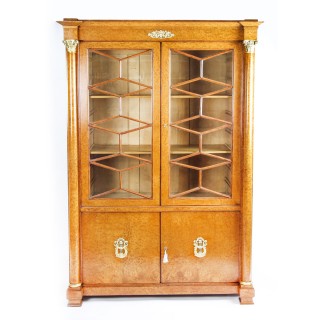 This is an fine and beautiful antique French Charles X burr maple bookcase with fabulous ormolu mounts, circa 1820 in date.

It has been crafted from the finest burr maple and is decorated with finely cast ormolu mounts typical of the Empire style.

The cabinet is raised on decorative shaped block feet.

This opulent bookcase will be the focal point of any room and will blend very well with contemporary interiors.

Complete with the original working locks and keys.

Condition:
In excellent condition having been cleaned, polished and waxed in our workshops, please see photos for confirmation.

Charles X
Charles Philippe; 9 October 1757 – 6 November 1836, was known for most of his life as the Count of Artois before he reigned as King of France from 16 September 1824 until 2 August 1830. An uncle of the uncrowned King Louis XVII, and younger brother to reigning Kings Louis XVI and Louis XVIII, he supported the latter in exile and eventually succeeded him. His rule of almost six years ended in the July Revolution of 1830, which resulted in his abdication and the election of Louis Philippe, Duke of Orléans, as King of the French. Exiled once again, Charles died in Gorizia, then part of the Austrian Empire.
The reign of Charles X is closely linked to the decorative style that carries his name. Furniture kept the heavy aspect it acquired during the Empire period, yet forms became suppler and lighter following the romantic trend and a renewed passion for the Gothic period. Society was also changing as the king no longer incarnated the taste to observe; now, decorative arts adapted themselves to the demands of the new bourgeois population.
The art of marquetry returned with decorative flowers, garlands and rosettes.