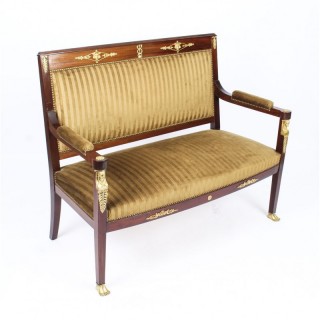 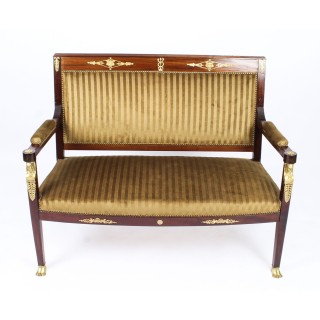 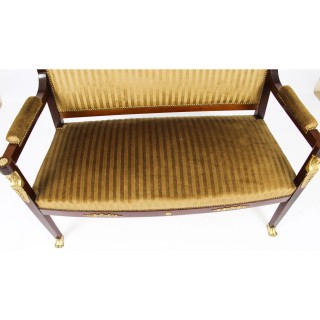 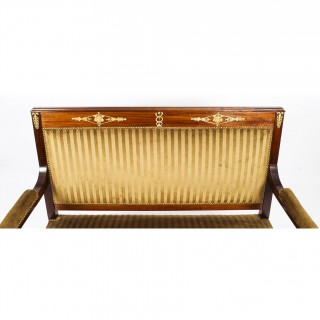 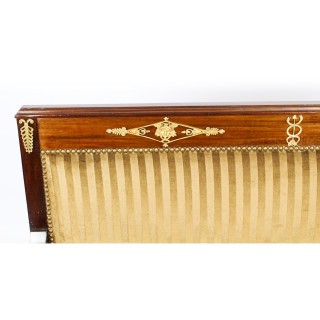 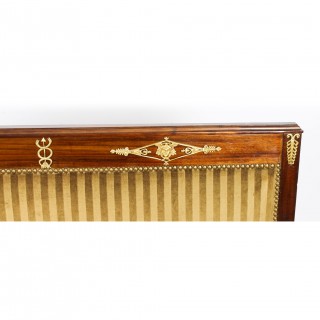 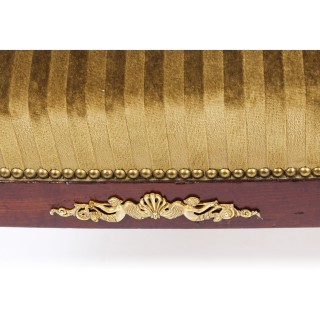 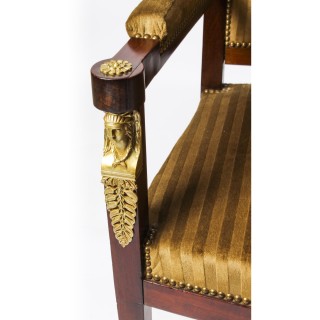 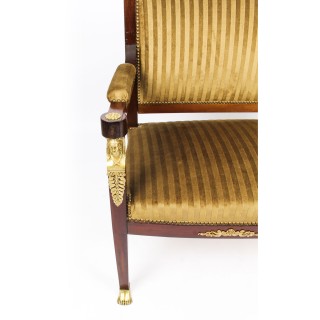 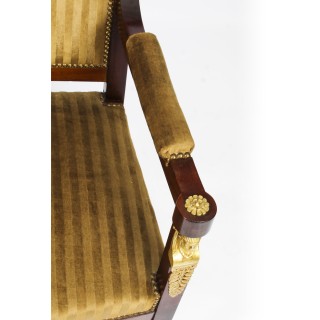 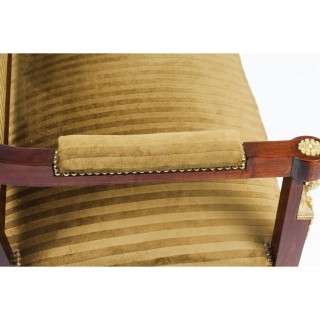 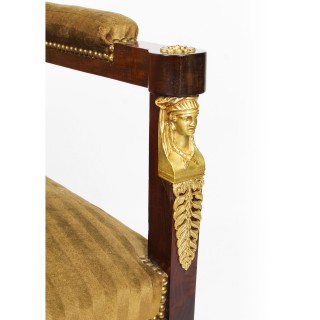 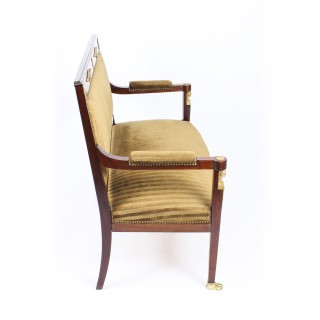 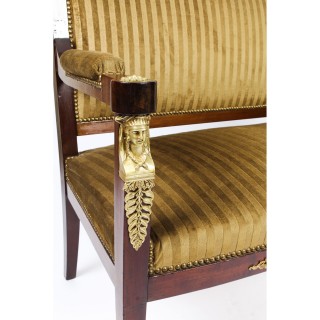 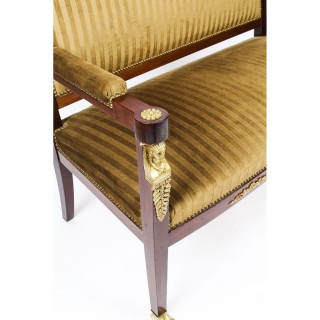 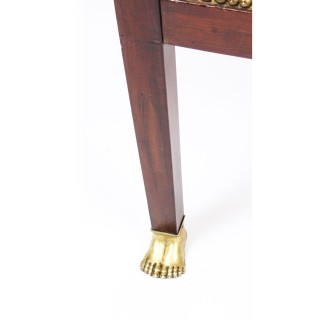 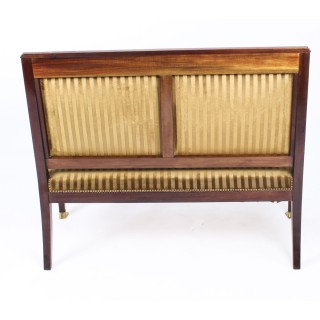 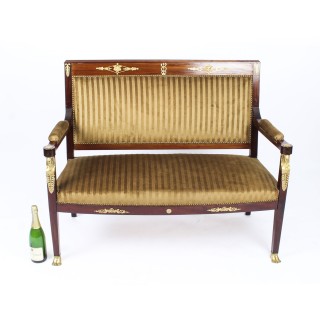 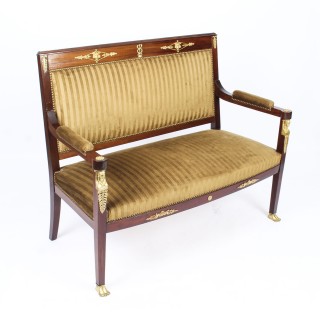 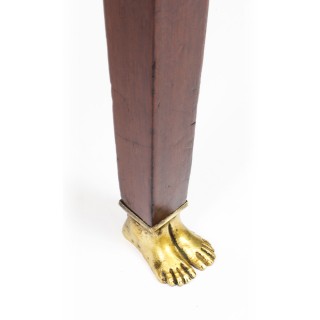 This is a fantastic and highly decorative antique French gilt bronze mounted Empire Revival sofa, circa 1880 in date.

Crafted from fabulous solid mahogany and smothered in fabulous high quality ormolu mounts reminiscent of the Empire style with Egyptian motifs such as sphinxes, urns, laurels and Napoleonic symbols.

Add an elegant touch to your home with this exceptional sofa.