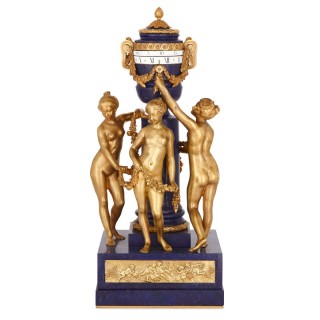 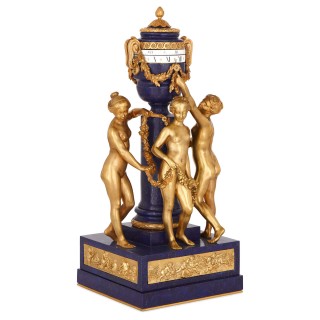 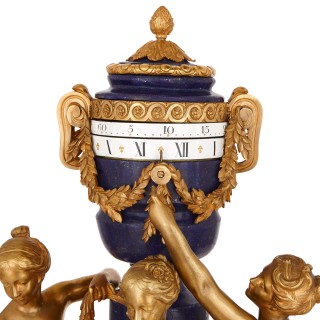 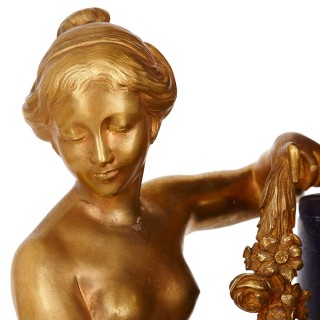 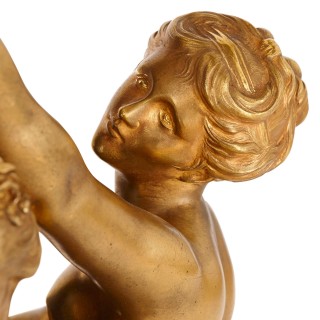 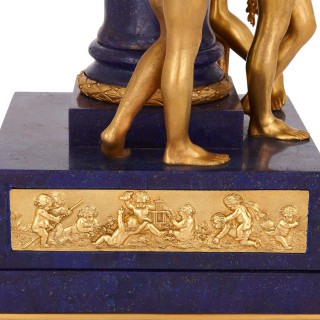 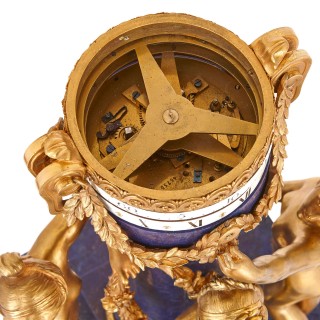 French sculptor Etienne-Maurice Falconet (1716-1791) is the inspiration for this beautiful, sumptuous mantel clock. His clock, crafted in the late 18th Century and now on display at the Louvre Museum, caused such a stir when it was exhibited over 100 years later, at the Great Exhibition in Paris in 1900 that one reviewer claimed that it “attracted so much admiration from the crowds gathered around that the pressure was sufficient at times to endanger its safety.”

As well as this famed ‘Three Graces’ clock, Falconet was also acclaimed as a sculptor working across the Baroque, Rococo and Neoclassical styles. He worked as a modeller for the Sevres Porcelain Manufactory, and helped to popularise the figural table decorations which accompanied some of their most important dinner services.

This clock is a fabulous 19th Century model of Falconet’s original, and is most notable for the full length female figures which adorn it, which together represent the Three Graces (youth, mirth, and elegance) of Roman mythology. On Falconet’s clock, these were completed in white marble; here, they are opulently finished in gilt bronze.

The clock case itself takes the form of a vase with a ‘cercle tournant’ enamel dial, mounted with gilt bronze garlands and surmounted by a gilt bronze finial. The rectangular base of the clock is further decorated with a Classical style gilt bronze relief panel. The clock is veneered in lapis lazuli, a rich blue gemstone which has been highly prized since antiquity.