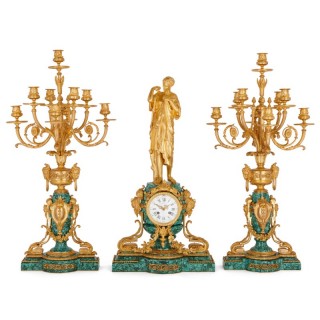 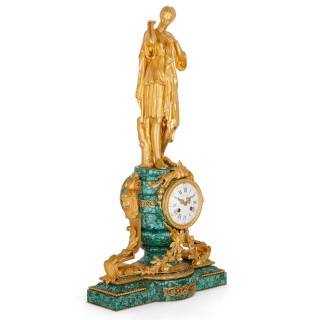 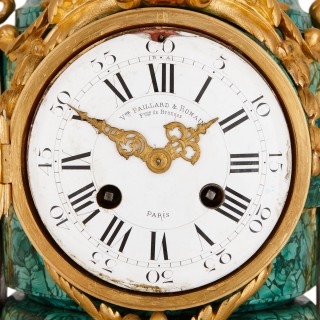 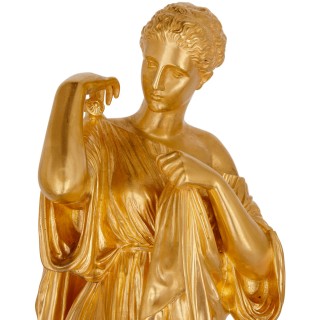 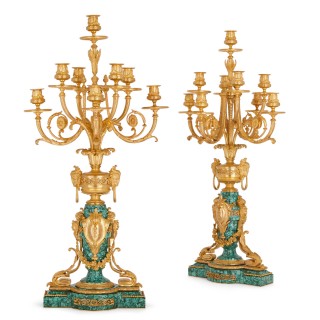 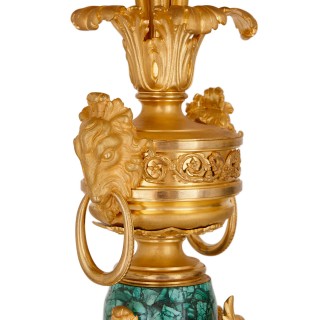 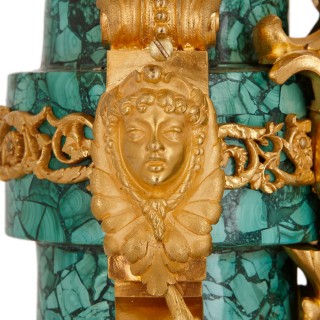 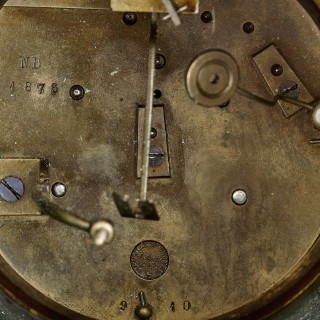 This wonderful clock set was created in France in c.1870, in the late 19th Century. The set—which consists of a mantel clock and pair of candelabra—is crafted from gilt bronze (ormolu) and the green gemstone, malachite.

The mantel clock features an urn-shaped malachite case, which is topped by a gilt bronze sculpture of the Greek goddess Artemis, after a marble work titled ‘Diana of Gabbi’ by Praxiteles. The case is mounted with a circular white enamel dial, which features black Roman and Arabic Numerals, and the maker’s name, ‘Vor Paillard & Romain/ Fants de Bronzes/ Paris’. The dial is displayed behind a glass lens, within a gilt bronze bezel. The malachite case is decorated with gilt bronze classical masks, scrolled acanthus leaves, husk trails and flower garlands. It is flanked by gilt bronze scrolls, and set on a shaped rectangular malachite base. This base is mounted with gilt bronze beading, foliate bands and motifs.

Accompanying the mantel clock are a pair of candelabra, which are of similar design. Each candelabrum features nine gilt bronze candle-holders, which spring from gilt bronze urns with animal head handles. These urns are set on malachite bodies and bases, which are decorated with classical gilt bronze motifs.