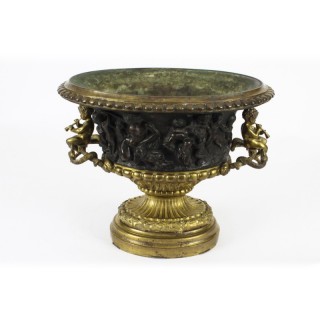 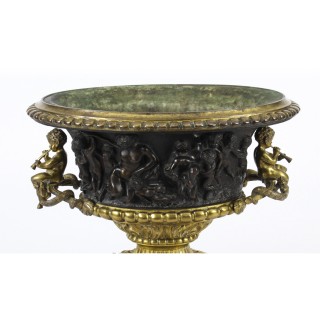 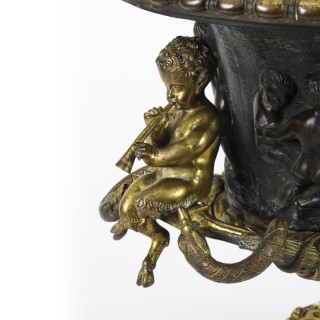 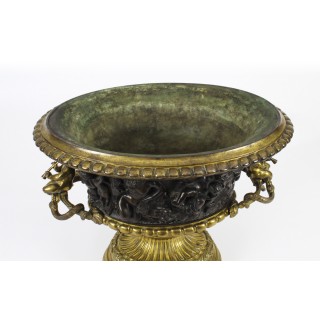 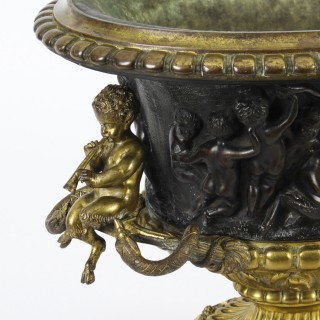 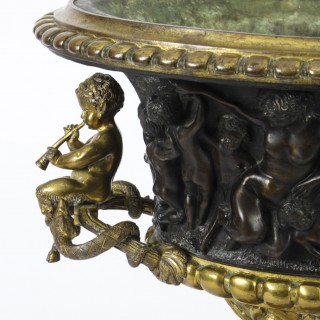 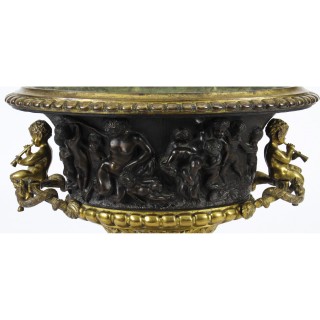 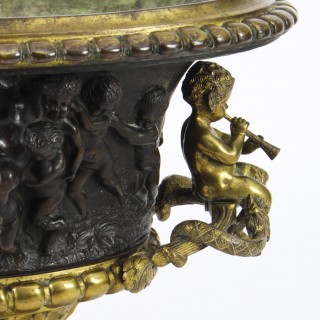 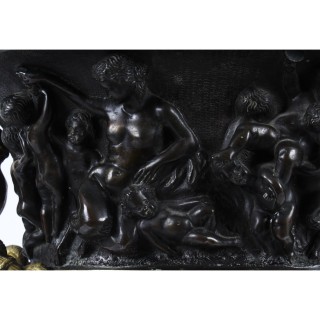 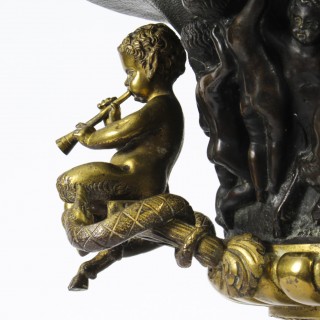 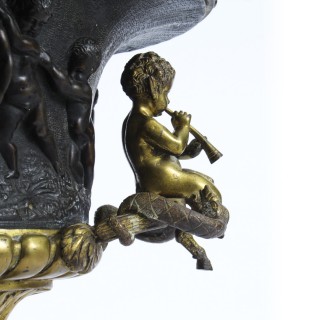 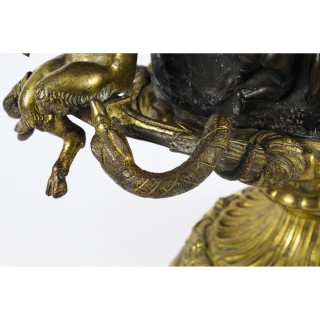 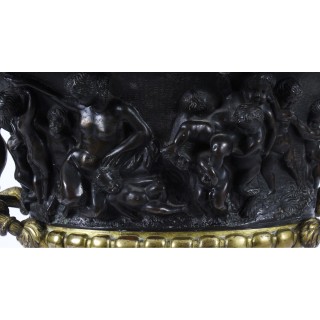 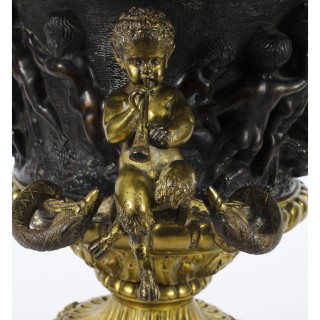 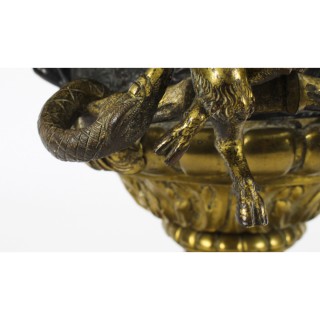 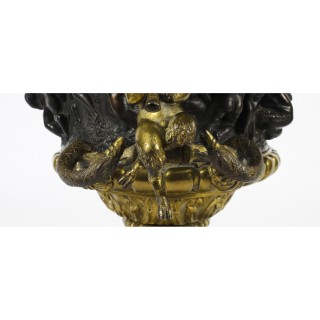 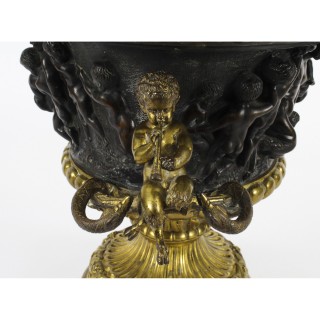 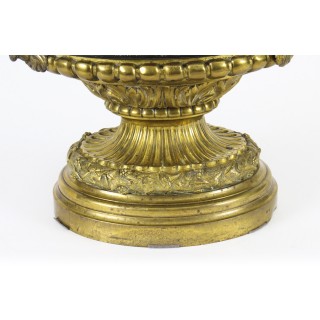 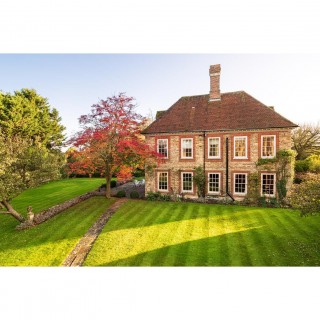 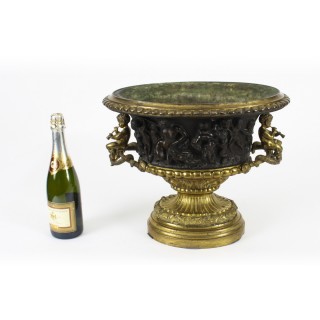 This is a beautiful large antique French Grand Tour dark patinated bronze and ormolu jardiniere, Circa 1830 in date.

This stunning bronze is superbly cast and has an elegant brown patina. The jardiniere features a beaded rim, bifurcated vinestock handles with ormolu cherubs blowing trumpets and a body cast with frolicking cherubs. It is raised on an oval ormolu base with laurel leaf decoration, retains the original liner and weighs just under 20 kgs ( 44lbs).

The attention to detail throughout this piece is second to none and this high quality bronze is made from the lost wax process ‘cire perdue’.

Property from The Manor House, Stanford in the Vale

Condition:
In excellent condition. As an antique item its show minor signs of use commensurate with age, these minor condition issues are mentioned for accuracy and, as seen in the accompanying photographs, the jardiniere displays beautifully.

The Manor House, Stanford in the Vale

A simply sublime country home with a fascinating history. One of Oxfordshire’s finest country residences, The Manor House enjoys a prominent setting in the idyllic village of Stanford-in-The-Vale, nestled at the foot of the ancient Ridgeway and surrounded by farmland and open countryside.

As you would expect from a property of this age, The Manor House has a glorious and fascinating past. There has been a manor at Stanford in the Vale since the 11th Century. The current Manor House dates from the 15th Century and was remodelled in the early 18th Century in a Georgian style. In 1474, Anne Beauchamp, 16th Countess of Warwick, conferred all her estates on her two daughters. Stanford was among those she passed to Anne Neville who later became Queen Consort to King Richard III. It is thought that the neighbouring church of St Denys may have been the site of their wedding as the South Porch, built in the 1470’s, bears the arms of York and Warwick.