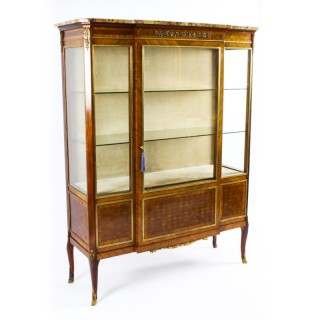 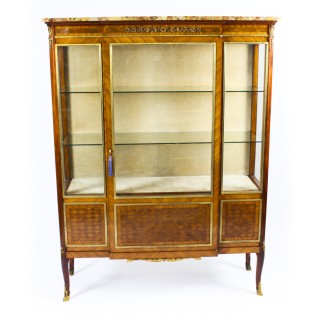 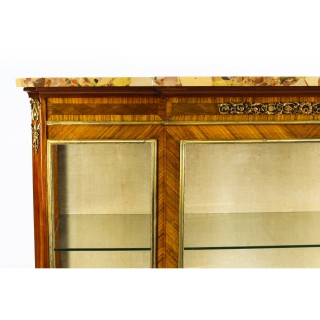 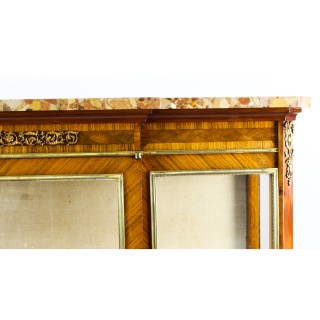 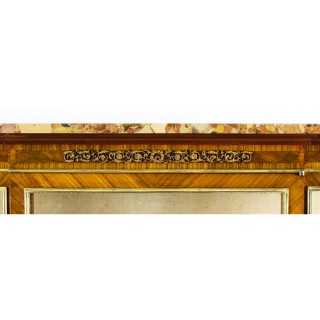 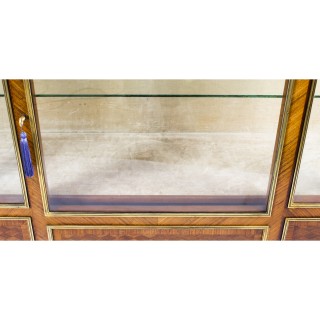 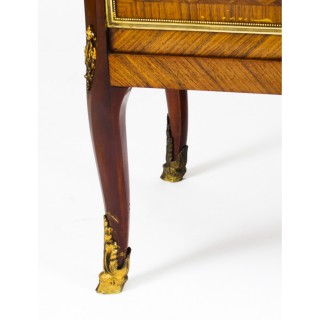 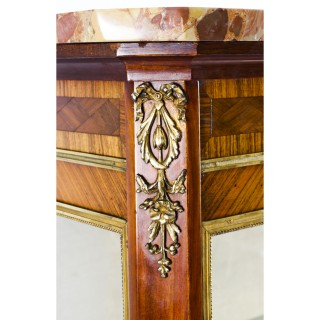 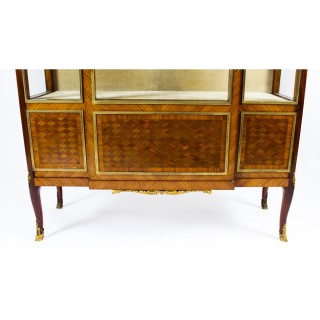 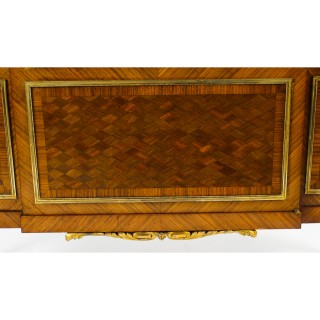 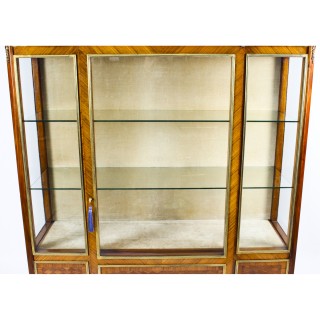 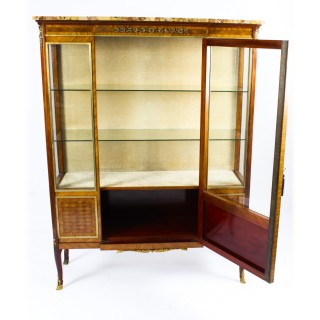 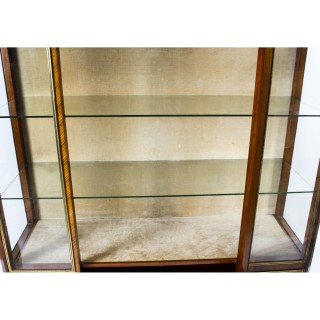 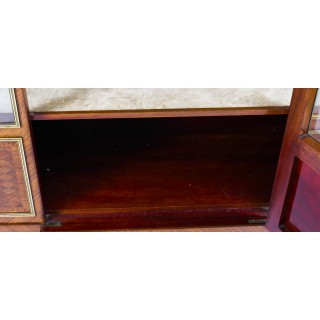 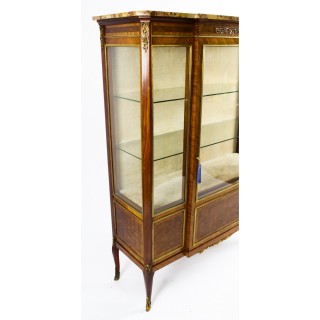 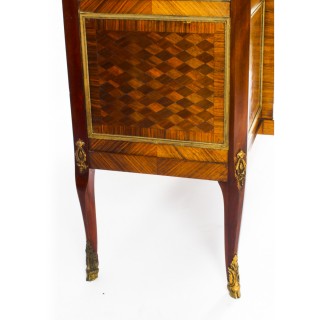 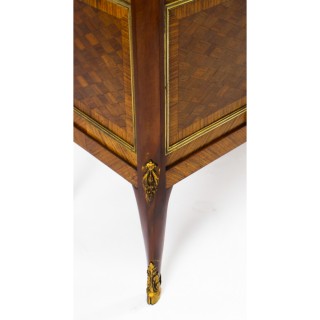 This is a beautiful antique French Louis Revival kingwood, parquetry and ormolu mounted breakront vitrine, circa 1860 in date.

It will add a touch of unparalleled style to your home and is perfect for displaying your collection of silver or porcelain.

Parquetry – is a geometric mosaic of wood pieces used for decorative effect. The two main uses of parquetry are as veneer patterns on furniture and block patterns for flooring. Parquetry patterns are entirely geometrical and angular—squares, triangles, lozenges.

The word derives from the Old French parchet , literally meaning “a small enclosed space”. Large diagonal squares known as parquet de Versailles were introduced in 1684 as parquet de menuiserie to replace the marble flooring that required constant washing, which tended to rot the joists beneath the floors.

Such parquets en lozange were noted by the Swedish architect Daniel Cronström at Versailles and at the Grand Trianon in 1693. Timber contrasting in color and grain, such as oak, walnut, cherry, lime, pine, maple etc. are sometimes employed; and in the more expensive kinds the richly coloured mahogany and sometimes other tropical hardwoods are also used.

Breccia Marble
Is a rock composed of broken fragments of minerals or rock cemented together by a fine-grained matrix that can be similar to or different from the composition of the fragments.

The word has its origins in the Italian language, in which it means either “loose gravel” or “stone made by cemented gravel”.

For thousands of years, the striking visual appearance of Breccias has made them a popular sculptural and architectural material. Breccia was used for column bases in the Minoan palace of Knossos on Crete in about 1800 BC. Breccia was used on a limited scale by the ancient Egyptians, one of the best-known examples is the statue of the goddess Tawaret in the British Museum.

It was regarded by the Romans as an especially precious stone and was often used in high-profile public buildings. Many types of marble are brecciated, such as Breccia Oniciata or Breche Nouvelle.

Breccia is most often used as an ornamental or facing material in walls and columns. A particularly striking example can be seen in the Pantheon in Rome, which features two gigantic columns of pavonazzetto, a breccia coming from Phrygia, in modern Turkey. Pavonazzetto obtains its name from its extremely colourful appearance, which is reminiscent of a peacock’s feathers,pavone is “peacock” in Italian.