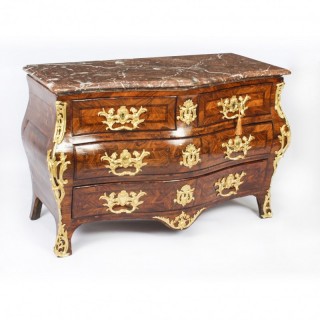 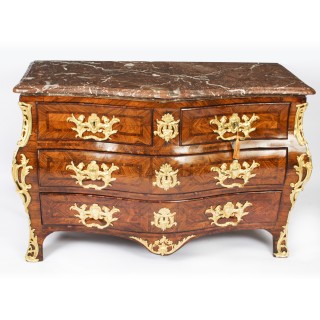 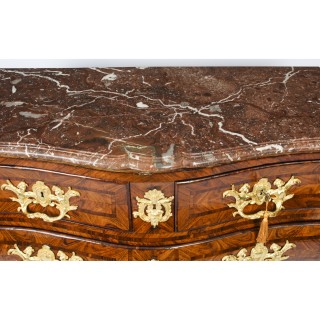 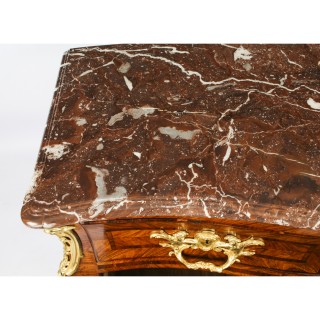 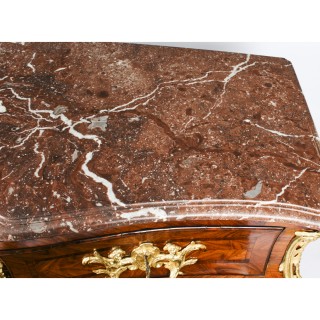 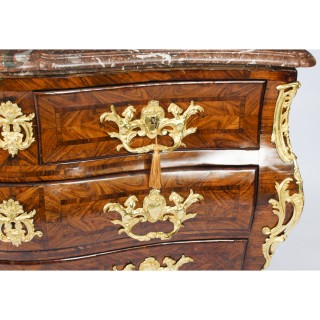 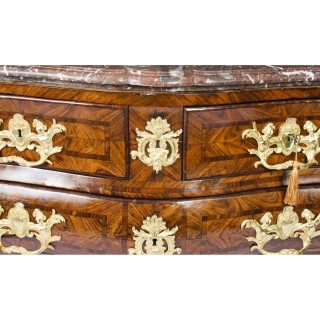 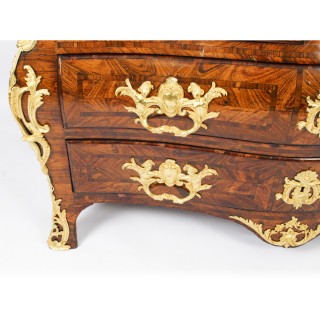 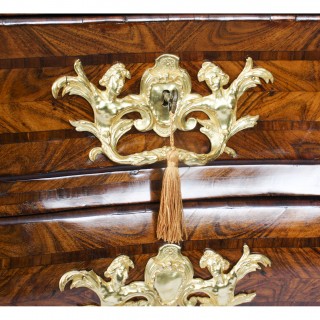 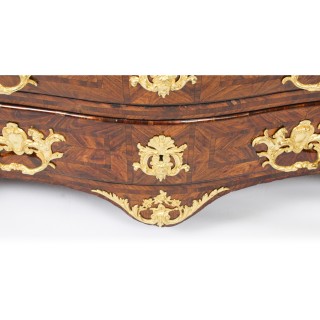 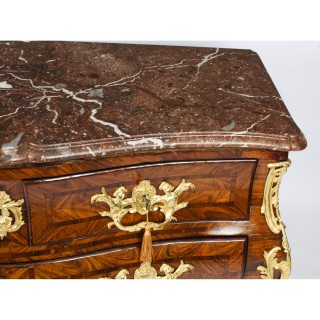 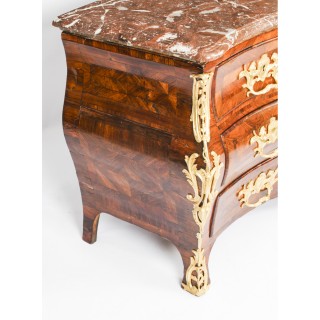 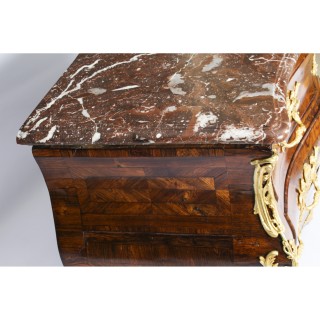 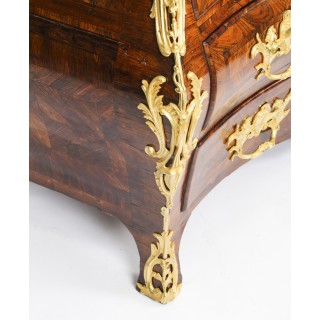 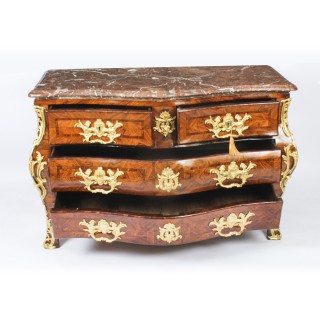 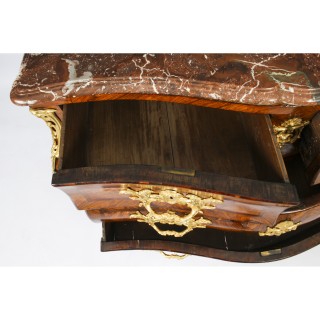 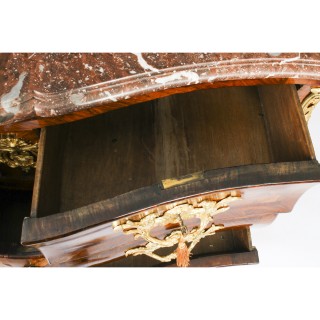 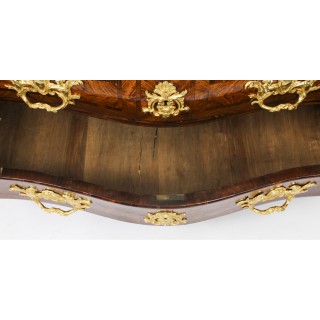 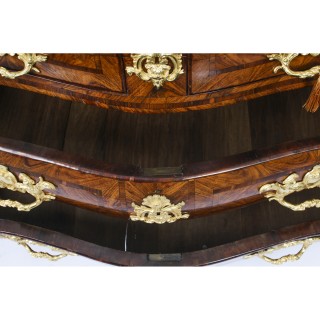 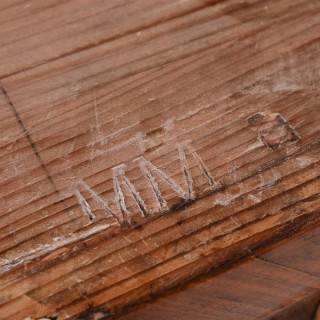 This is an impressive and rare antique French Régence kingwood and ormolu mounted commode, circa 1720 in date.

This is an exceptional piece of craftsmanship, a truly gorgeous piece. This commode deserves pride of place in any furniture collection and will become the central focus point in your room.

Régence style, transition in the decorative arts from the massive rectilinear forms of Louis XIV furniture to those prefiguring the Rococo style of Louis XV. The style encompasses about the first 30 years of the 18th century, when Philippe II, duc d’Orléans, was regent of France. The restraint arrived at during this period resulted from a strong reaction against the pomposity of the court under Louis XIV. The evolution of the intimate petit salon as opposed to the formal, ceremonial state apartments of the past brought with it a penchant for graceful, easily movable furniture, designed to showcase the impeccable craftsmanship of the period. At Versailles, where furniture had formerly represented the firmly placed hierarchy of the court, rooms were divided into smaller, more intimate spaces calling for a new style.

The aristocracy made the decoration of their Parisian homes a lifetime occupation. Jean Berain, Charles Cressent, Robert de Cotte, and the painter Antoine Watteau, whose pictures were painted on the panelled salon walls to harmonize with the gentle spirit of the period, are among the important names connected with the new delicacy. Régence furniture did away with heavy, carved ornamentation and substituted flat, curving motifs—characteristically foliage and bouquets framed by flowing ribbons and bows.

The intricate tracery in brass and shell marquetry on ebony was adapted to the new taste. Woods such as walnut, rosewood, and mahogany were used as veneer. A sculptural form in the shape of a female bust, called an “espagnolette,” made its appearance as a gently curved ornamental mount for chair and table legs. The commode and writing table, both representing the new, intimate style of life, were introduced during this period.