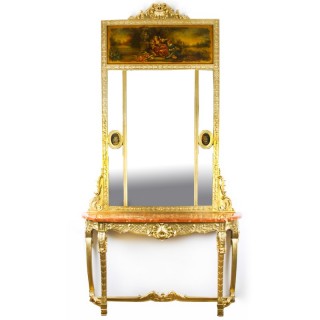 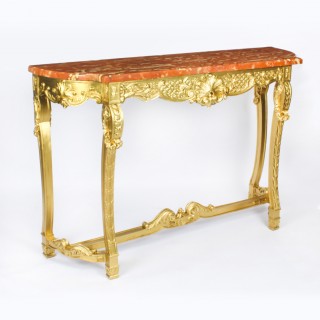 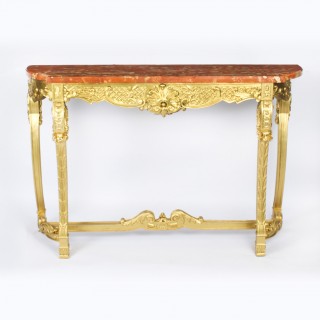 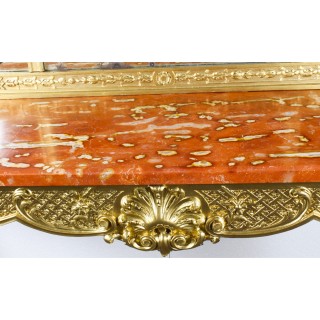 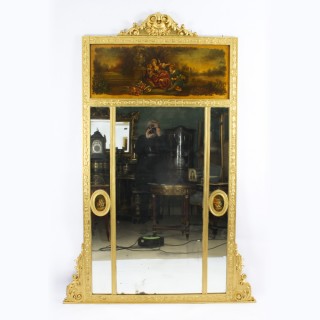 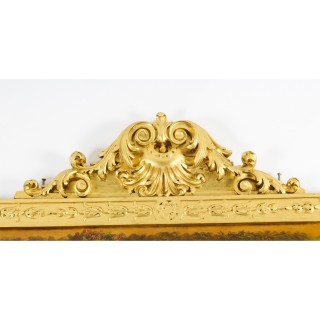 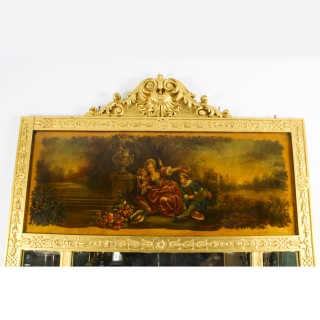 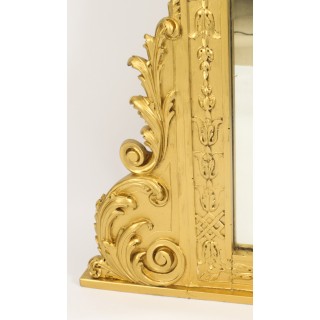 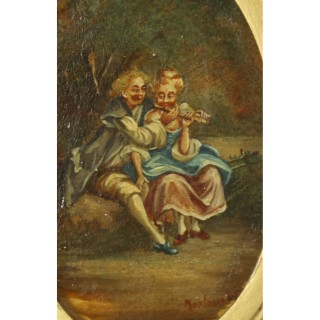 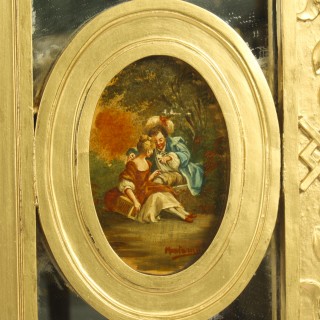 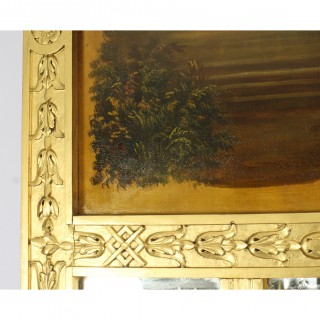 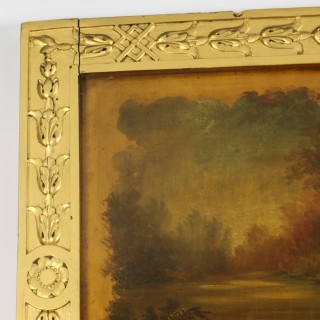 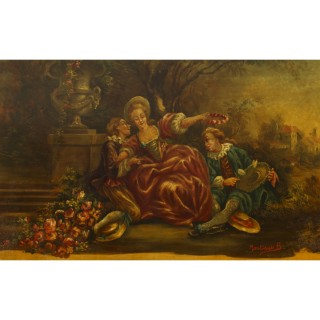 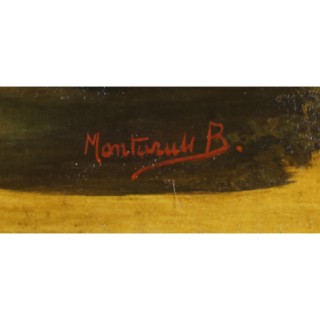 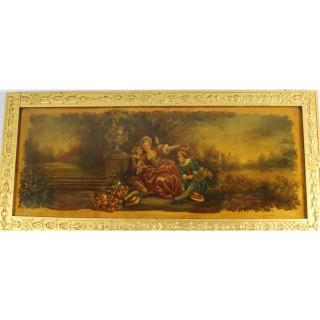 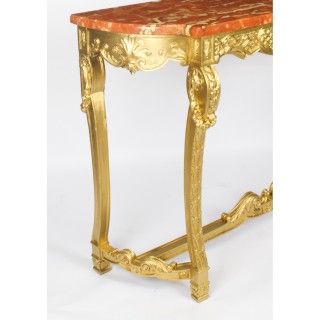 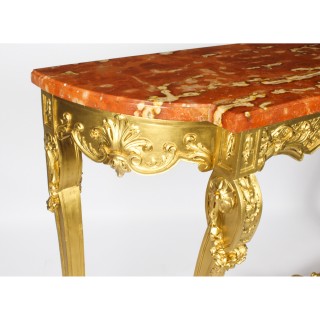 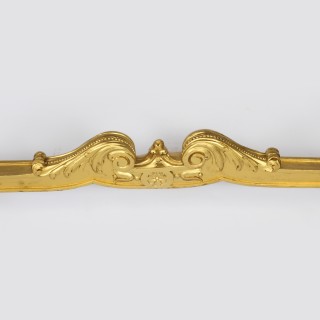 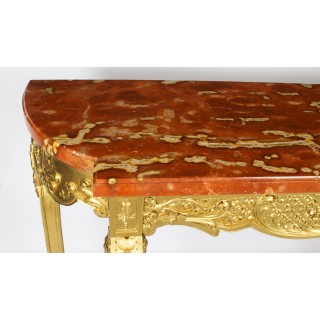 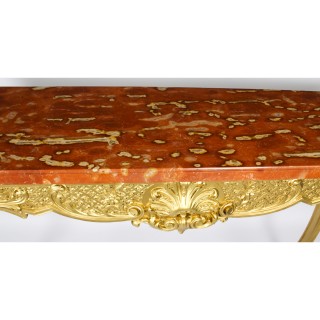 This is an monumental fine and elegant French Louis XVIII carved giltwood console table with matching Trumeau mirror, circa 1820 in date.

The beautifully carved giltwood marble topped console, has a shaped marble top over a conforming carved decorative frieze with a central shell crest and trailing foliate devices. It is all raised on carved legs with rosettes and toupie feet, the shaped stretcher having an elaborately carved acanthus leaf crest.

The panelled mirror with a beautiful crest at the top is inset with an oil painting, on copper, in the manner of Francois Boucher. The painting depicts a romantic scene with a young man affirming his love to a graceful damsel.

There is no mistaking the superb quality and suave design of this piece, which is certain to transform a special place in your home.

Relive the unparalleled opulence of a bygone era with this truly grand console and trumeau mirror.

Born in Versailles, he was the brother of Louis XVI of France and in early life was known as the Comte de Provence. He remained in Paris after the French Revolution began in 1789 but escaped to Belgium two years later. After Louis XVI’s execution in 1793 and the death of Louis XVI’s son in 1795, he called himself Louis XVIII. He lived as an exile in various European countries until he became king after Napoleon’s first abdication in 1814. On Napoleon’s return to power in 1815, however, Louis again fled to Belgium; later the same year he was restored to the throne after Napoleon’s final defeat at Waterloo. He remained on the throne until his death in 1824.