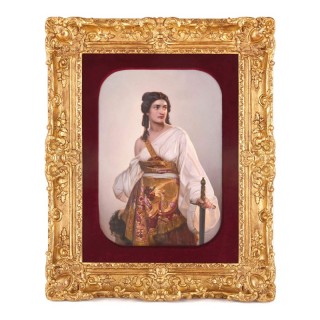 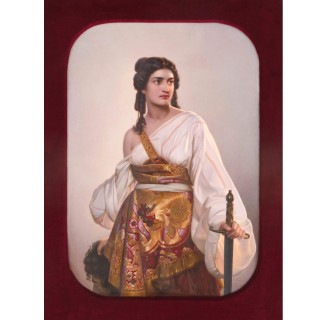 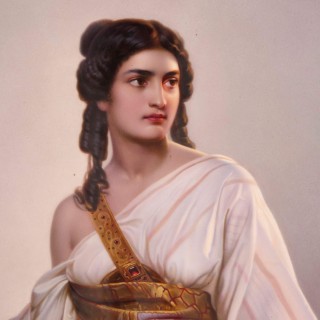 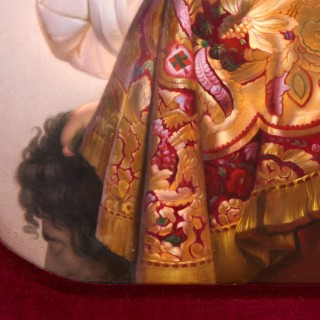 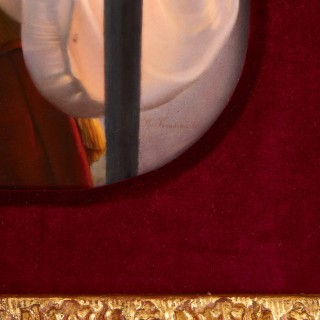 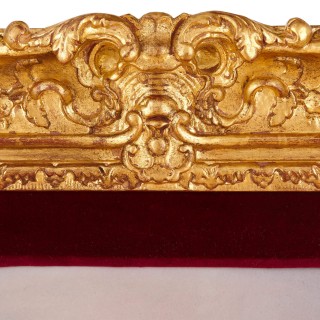 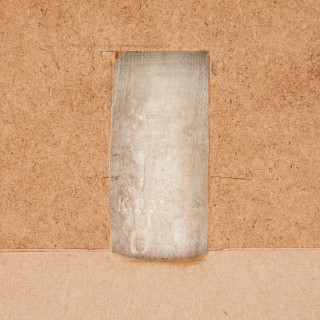 The image of Judith with the Head of Holofernes was a powerful source of inspiration for many of great European artists, and was captured superbly in August Riedel’s masterpiece, after which this beautiful KPM porcelain plaque has been made. The original painting, currently held as part of the collection of the Neue Pinakothek in Munich, Germany, depicts Judith as a heroic and determined figure, standing with her sword in front of her and the head of Holofernes held, alluringly, behind her.

In the original Biblical story, the heroine Judith beheads the Assyrian general Holofernes, then laying siege to Judith’s city of Bethulia, after he attempts to seduce her in his tent. Judith is at once hero and ‘femme fatale’, an ambivalent position which perhaps lies behind the fascination with her by European artists.

In Riedel’s painting, and this plaque, Judith’s role is decidedly ambiguous: she cuts a serene, and yet decidedly alluring figure. This plaque, by the esteemed German KPM factory, is an extraordinarily sensitive rendering of this fine painting, with a careful attention to both colour and detail.

The reverse side of the plaque is impressed with the sceptre mark for KPM, and there is a signature to the bottom right of the plaque, most probably belonging to the porcelain copyist at KPM. The plaque is set within a giltwood frame with a red velvet interior.

The plaque is a fine work of art, and is a beautiful example of the quality of KPM’s output in the 19th Century. The size of the plaque and the frame are given below: