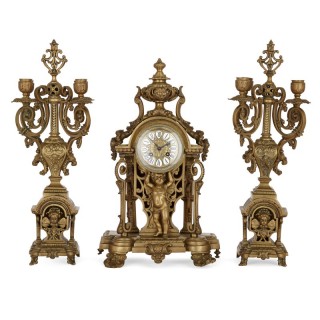 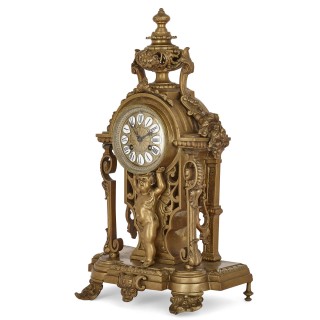 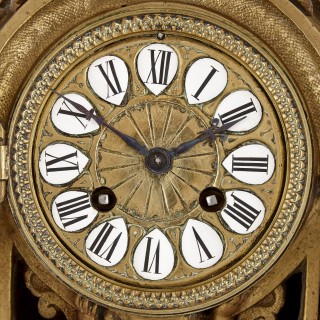 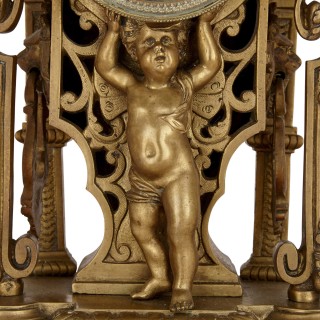 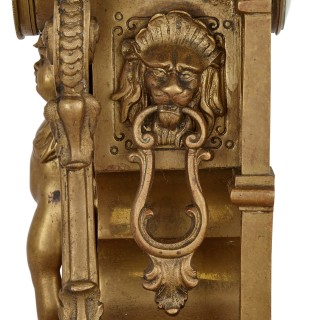 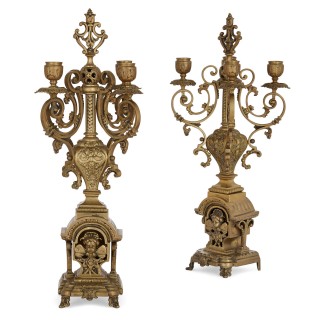 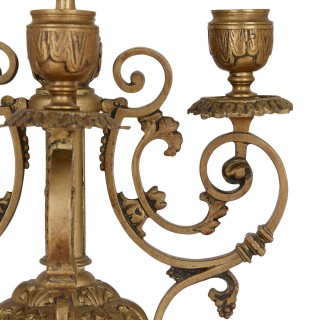 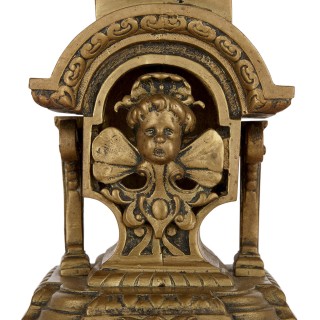 This clock set contains a mantel clock and a pair of candelabra. Unusually, the clock and candelabra are constructed entirely of gilt bronze. The bronze dial of the mantel clock is inscribed with Roman numeral hours on separate enamel cartouches. The drum surrounding the dial is held aloft by an Atlantid type putto, who holds the drum above his head. The drum is topped by a vase finial and flanked on either side by gilt bronze foliate drapes. The whole clock is raised on a flat, shaped base, and features a variety of architectural-type gilt bronze elements.