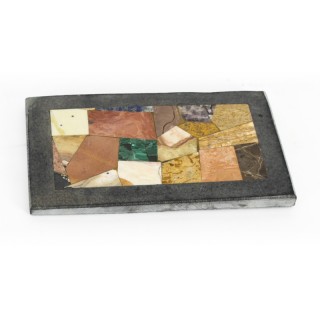 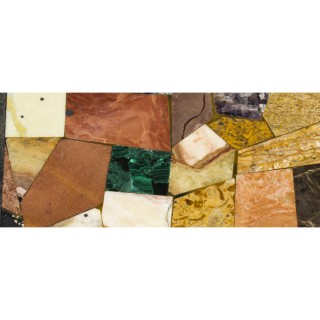 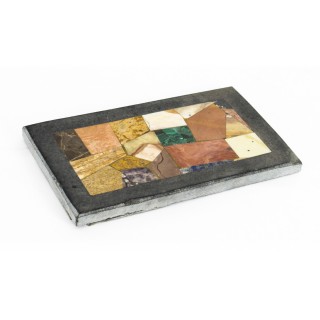 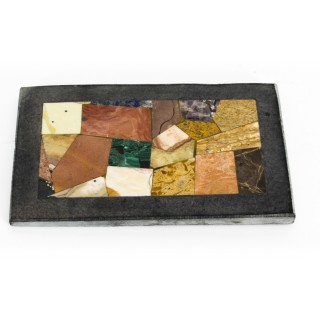 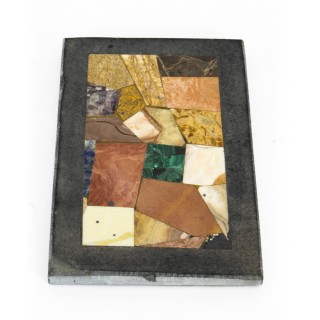 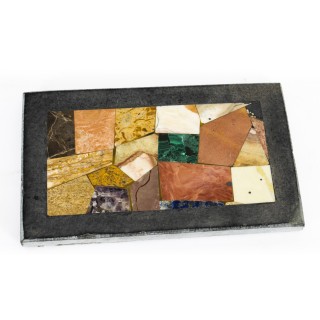 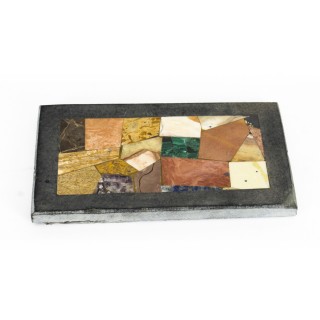 This splendid rectangular paperweight is exquisitely inlaid with a sumptuous arrangement of semi-precious stones including malachite, agate, onyx and amethyst.