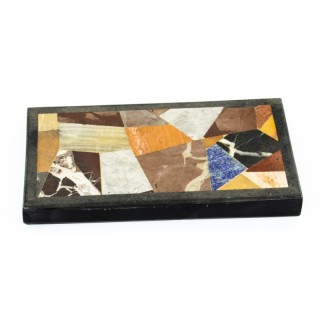 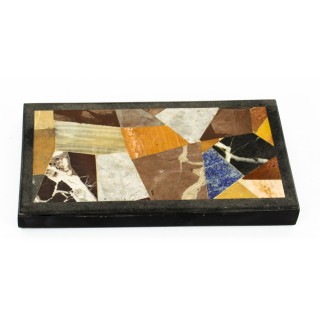 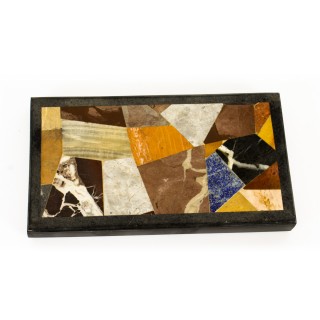 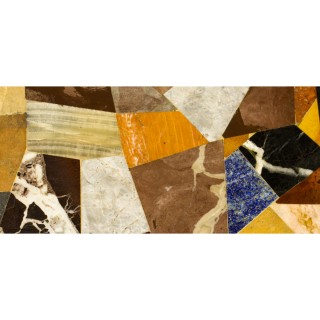 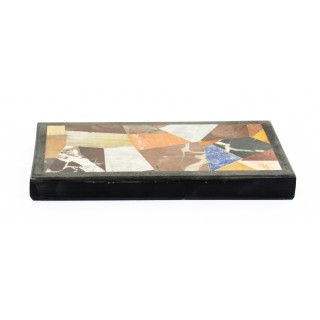 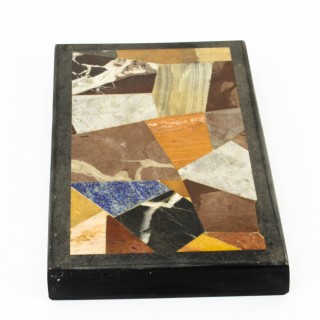 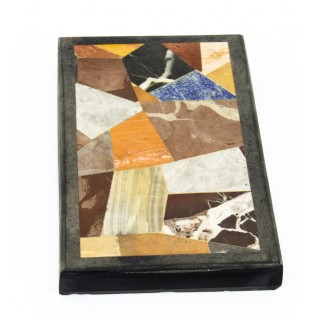 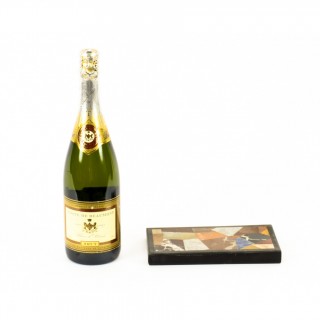 This splendid rectangular paperweight is exquisitely inlaid with a sumptuous arrangement of semi-precious stones including Lapis Lazuli, agate, onyx and amethyst.

The Grand Tour not only provided a liberal education but allowed those who could afford it the opportunity to buy things otherwise unavailable at home, and it thus increased participants’ prestige and standing. Grand Tourists would return with crates of art, books, pictures, sculpture, and items of culture, which would be displayed in libraries, cabinets, gardens, and drawing rooms, as well as the galleries built purposely for their display; The Grand Tour became a symbol of wealth and freedom.2