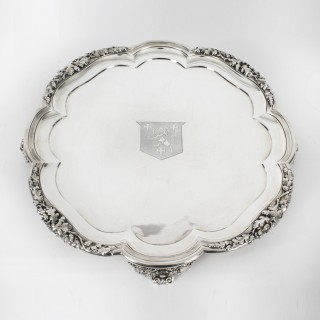 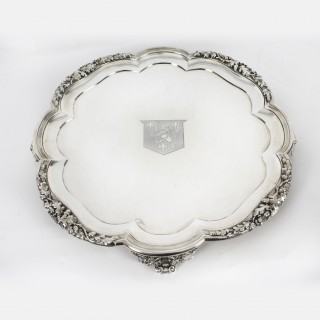 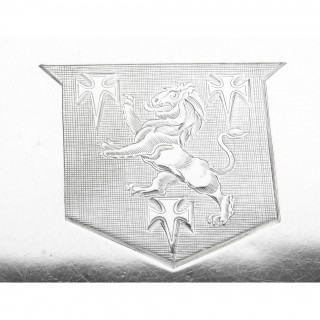 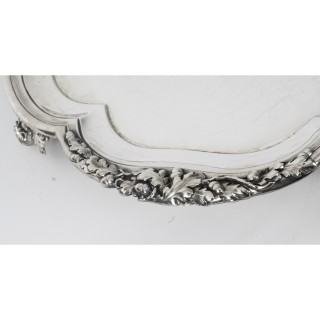 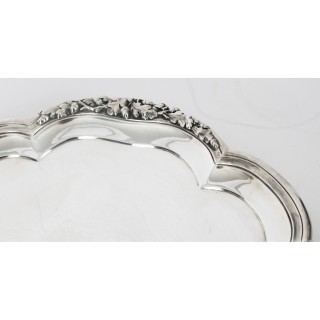 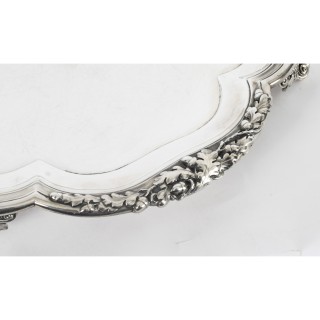 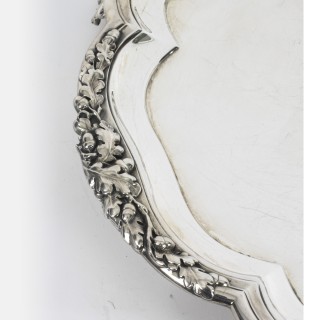 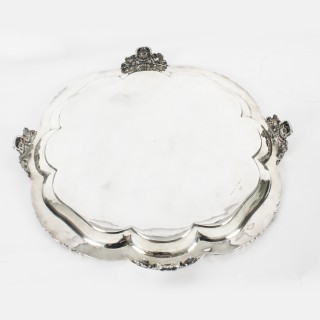 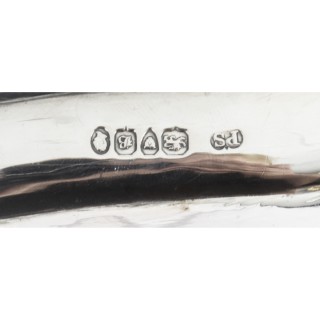 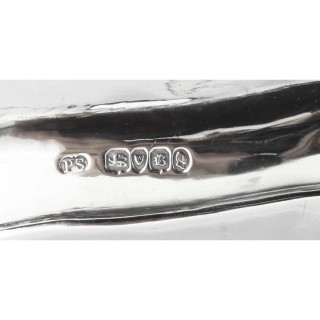 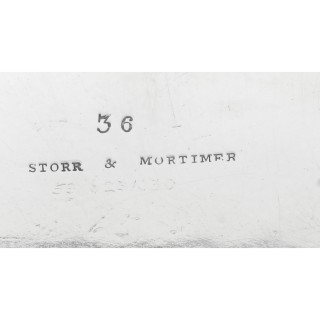 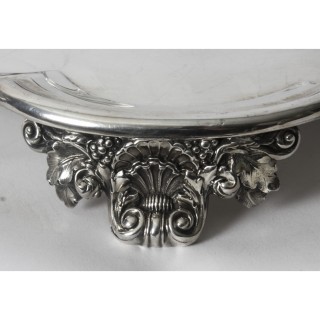 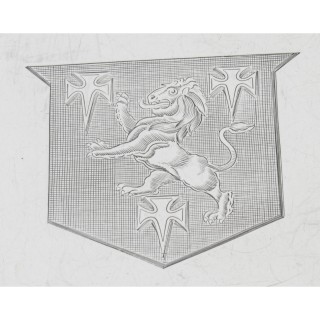 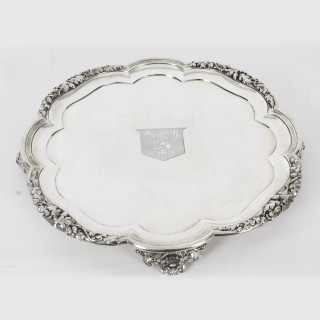 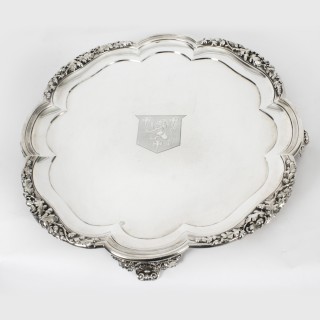 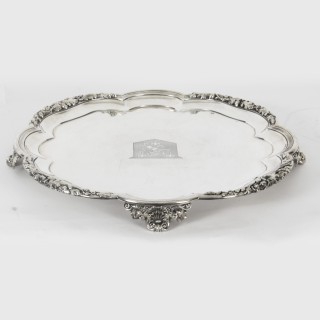 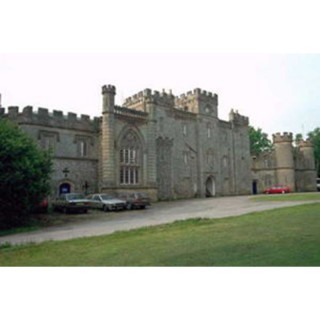 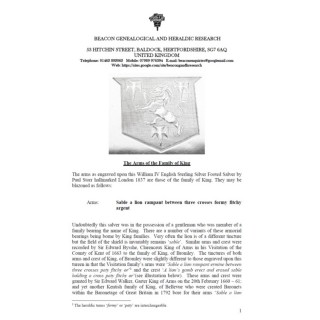 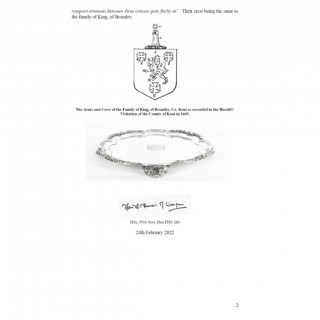 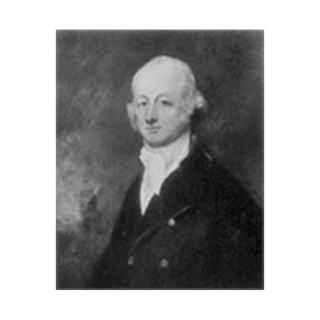 This is a wonderful English antique William IV sterling silver tray, or salver, by the world famous silversmith Paul Storr.

It has clear hallmarks for London 1837 the makers mark of Paul Storr and is also engraved Storr & Mortimer 36, they were Goldsmiths and Jewellers to Her Majesty’ (1822-1839).

It is typical of his work with the octafoil shape and the exquisitely detailed foliate and acorn rim. It is raised on four delightful foliate and shell scroll feet.

The centre is engraved with a shield shaped coat of arms encompassing the lion rampant which I have had researched:

The Arms of the Family of King

The arms as engraved upon this William IV English Sterling Silver Footed Salver by Paul Storr hallmarked London 1837 are those of the family of King. They may be blazoned as follows:

Undoubtedly this salver was in the possession of a gentleman who was member of a family bearing the name of King. There are a number of variants of these armorial bearings being borne by King families. Very often the lion is of a different tincture but the field of the shield is invariably remains ‘sable’. Similar arms and crest were recorded by Sir Edward Bysshe, Clarenceux King of Arms in his Visitation of the County of Kent of 1663 to the family of King, of Bromley. The tinctures of both arms and crest of King, of Bromley were slightly different to those engraved upon this tureen in that the Visitation family’s arms were ‘Sable a lion rampant ermine between three crosses paty fitchy or’ 1 and the crest ‘A lion’s gamb erect and erased sable holding a cross paty fitchy or’(see illustration below). These arms and crest were granted by Sir Edward Walker, Garter King of Arms on the 20th February 1660 – 61; and yet another Kentish family of King, of Bellevue who were created Baronets within the Baronetage of Great Britain in 1792 bore for their arms ‘Sable a lion rampant erminois between three crosses paty fitchy or’. Their crest being the same as the family of King, of Bromley.