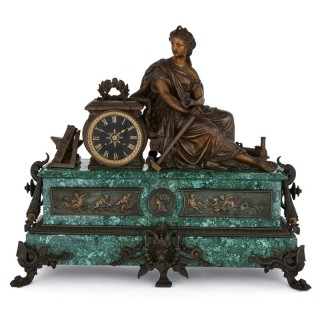 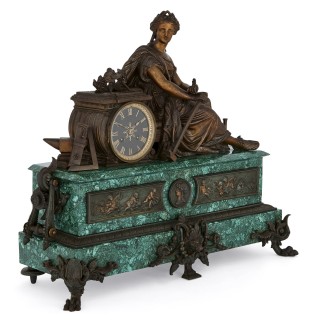 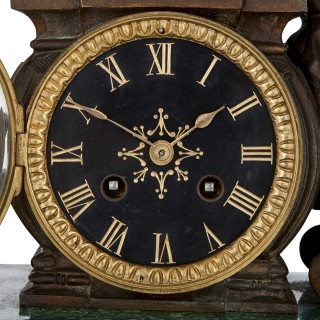 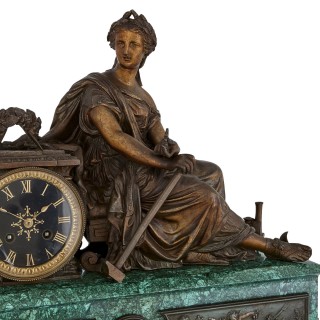 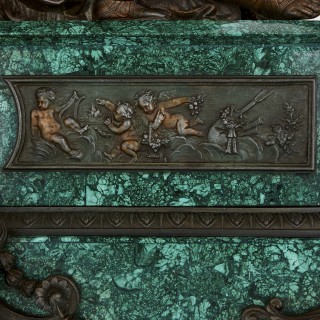 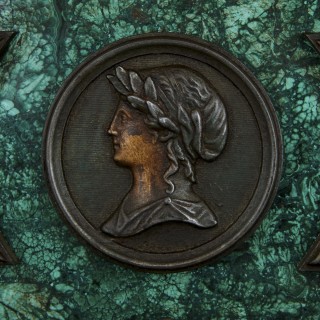 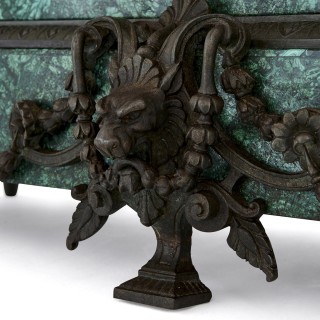 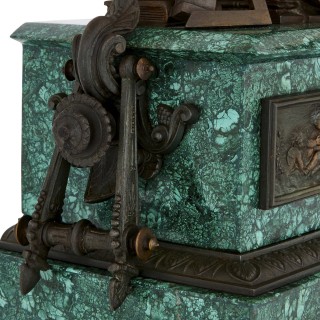 This beautiful clock was crafted in France in the late 19th Century. The clock is a monument to this period of industrialisation and technological innovation, being decorated with an allegory of Labour.

The clock case and accompanying sculptures are set on a stepped rectangular base which is veneered in malachite, a semiprecious green stone. The sides of the base are fitted with patinated spelter machine-like handles, and its front is decorated with patinated spelter low-relief panels. These depict groups of putti engaged in various activities, including writing and playing musical instruments, and a profile portrait of a male head. A patinated spelter leaf-and-dart band extends along the width of the base’s lower section. The base stands on patinated spelter feet, the front two of which are shaped like paws with foliate flourishes, and the front central foot is decorated with scrollwork, stylised foliage and a lion head mask.