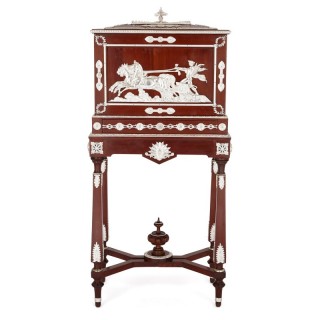 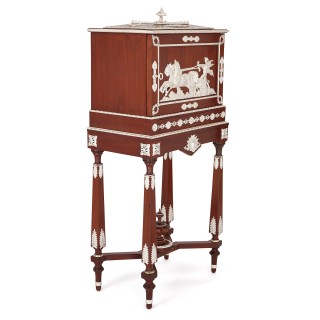 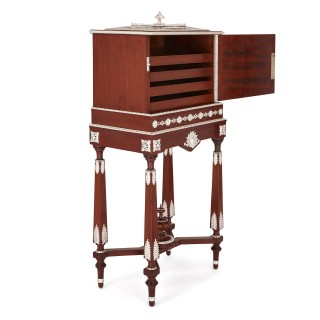 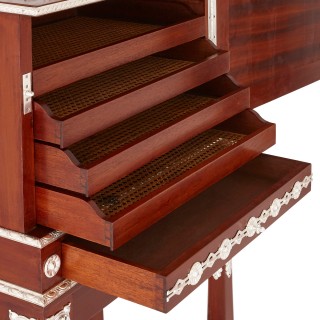 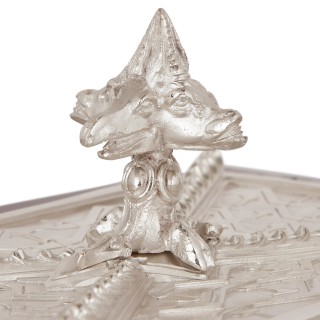 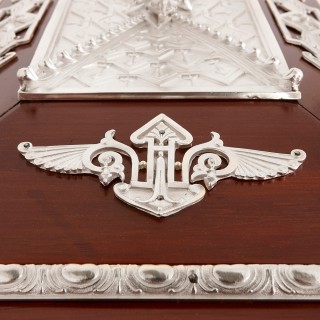 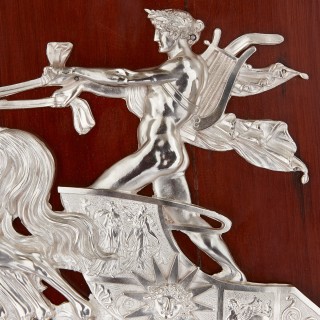 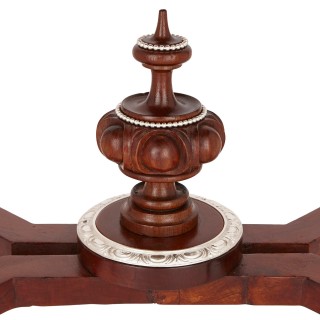 Crafted by the acclaimed cabinetmaker, Charles-Guillaume Diehl (1811-1885), this tobacco (humidor) cabinet is a truly exquisite piece of antique oak furniture. Diehl was famous in the 19th Century for his furniture, which was often decorated with fine marquetry work, or expertly-cast bronze mounts. His furniture won multiple awards at the International Exhibitions of the 1850s and 60s, and today his work is displayed in major museums and collections, including the Musée d’Orsay in Paris and the Metropolitan Museum of Art in New York. This cabinet forms part of a group of similar pieces, which differ only slightly from one another in their wood type, or style of decoration.