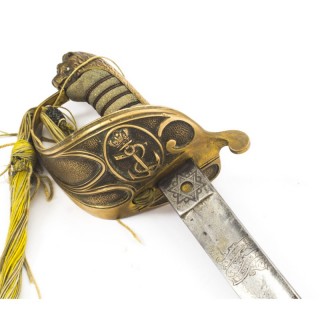 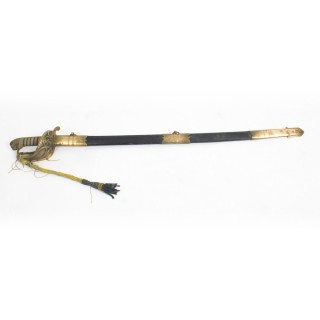 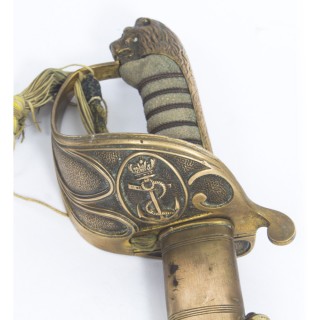 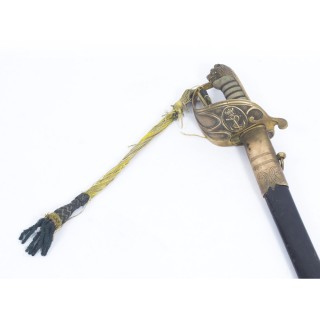 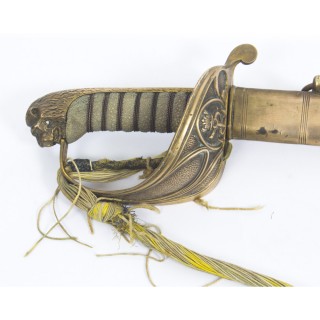 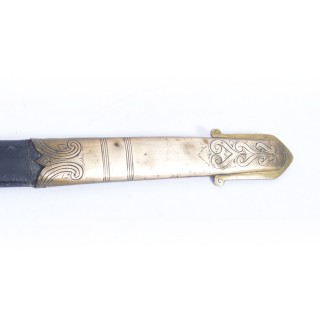 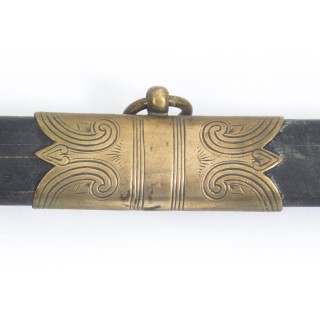 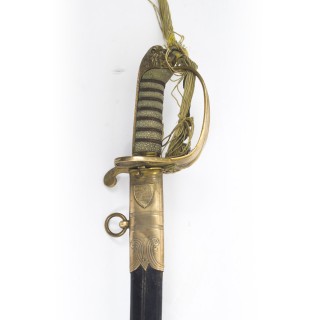 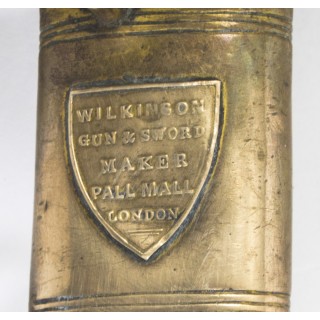 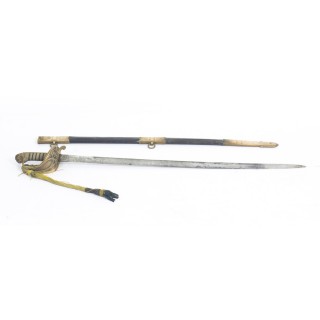 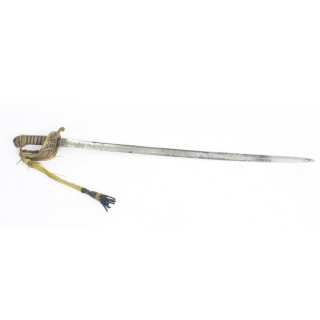 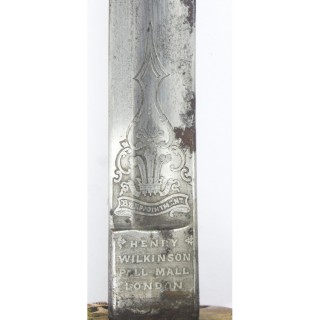 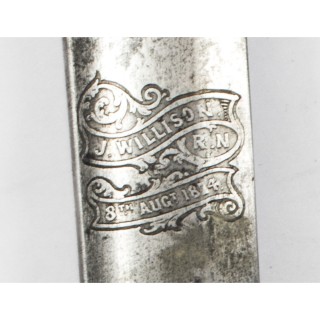 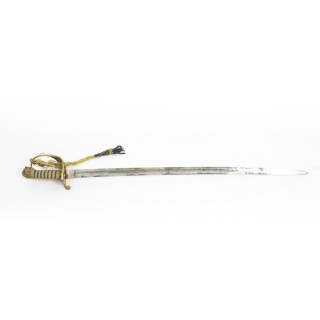 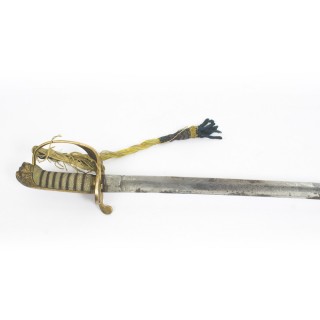 The sword features a brass foliage basket with a crown and anchor plaque, a nd a decorative shagreen hilt that terminates in a lion’s head.

The single 80cm etched blade, double-edged at the point is cut with a long deep central fuller and is elaborately etched.

It is stamped with the serial number 21080, and it comes with its original leather scabbard.

Wilkinson Sword set the standards for contemporary firearms. From its origins in the eighteenth century, Wilkinson Sword always represented the highest possible standards and most advanced technology of the sword maker’s craft.

The company was founded by Henry Nock in the year 1772. Although accounts of his background are sketchy, it is thought that Henry Nock learnt his craft as a gun maker in Birmingham and came to London to seek his fortune. He made his name quickly, with a series of brilliant innovations that transformed the design and performance of sporting and military firearms, such as the ‘screwless’ lock.

When the British Government placed an order for 10,000 flintlock muskets and bayonets – then by far the largest contract ever – Wilkinson Sword became universally known as the supreme gun maker of the age.

In 1804, James Nock was appointed Gun Maker to George III, thus beginning a relationship between Wilkinson Sword and the British monarchy, which has lasted to the present day. On his death, that same year, Nock passed on the business to his apprentice and son-in-law, James Wilkinson, who had worked for the last ten years as Nock’s foreman and general manager. *

James Wilkinson continued making guns for the Board of Ordnance as well as the leading gentry of the day as the Wilkinson Sword record books reveal – but he did not possess the innovative spirit of his forebear. Indeed it was his son Henry who took the company to even greater heights, extending the tradition of excellence into sword manufacture.