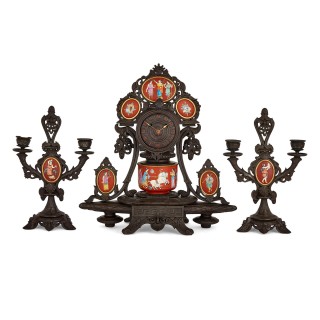 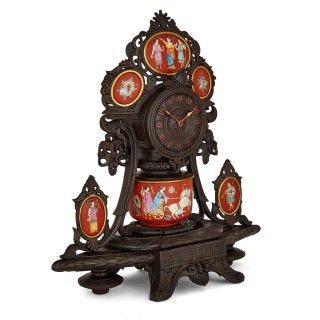 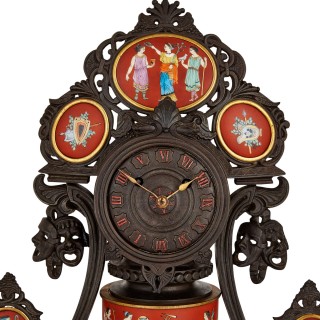 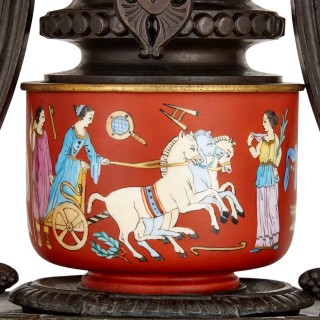 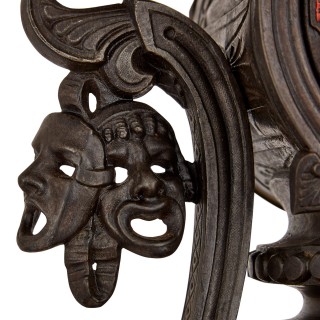 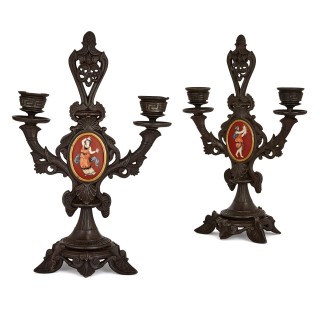 This beautiful Neo-Grec style clock set is crafted from cast iron and red porcelain. The mantel clock features a central dial set within an elaborate pierced cast iron crown, which is inset with three oval porcelain plaques painted with classicising motifs. The clock drum is raised above a red porcelain vase-form element, likewise painted with scenes drawn from Classical Greece. The shaped cast iron base is moulded with designs and forms such as the Greek key pattern motif and laurel wreaths, and is mounted to either side with oval porcelain cartouches painted with a female libation bearer and a male warrior, respectively. The pair of candelabra is similarly formed and adorned, each with a conforming cast iron frame inset with an oval porcelain plaque, and each candelabrum supporting two light branches.