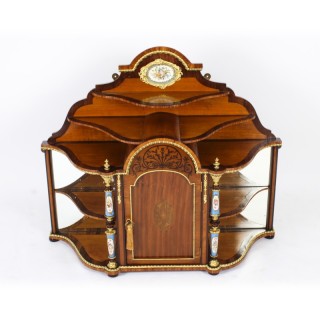 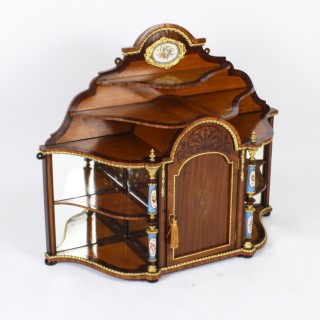 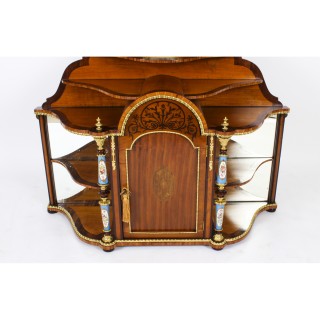 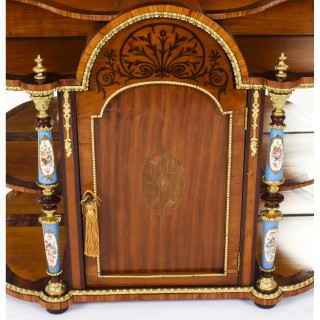 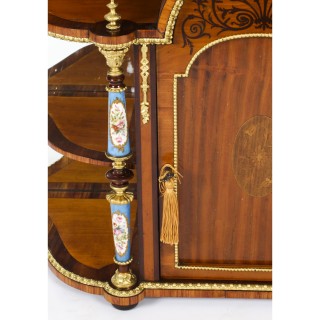 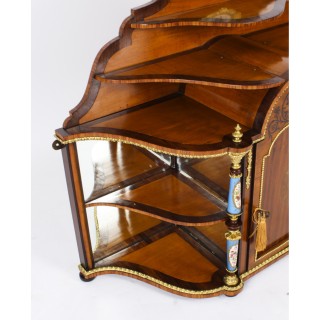 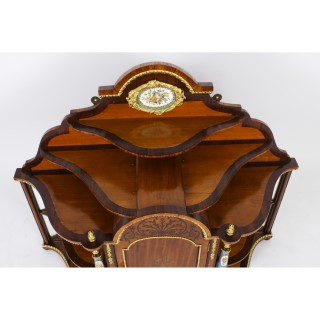 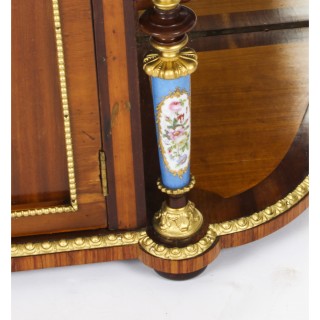 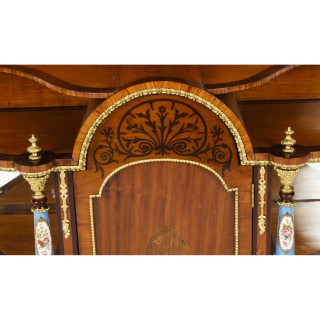 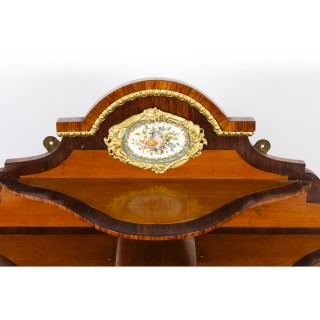 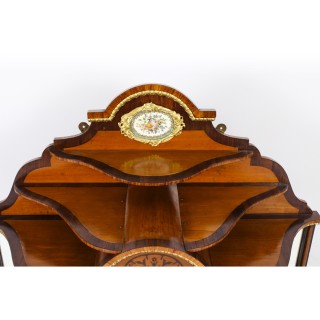 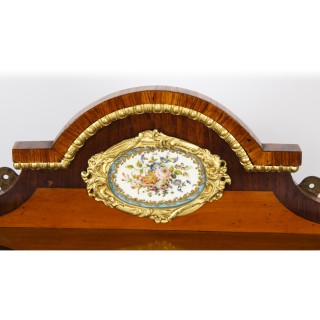 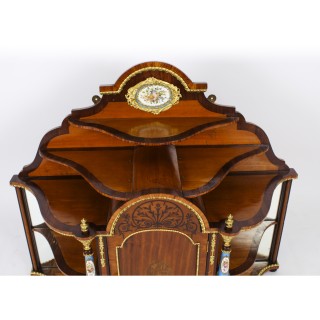 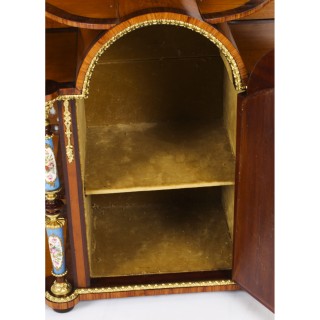 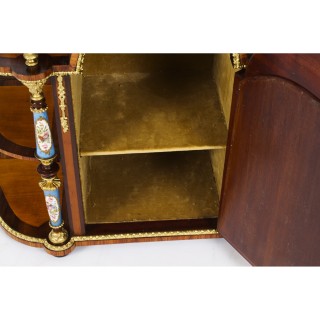 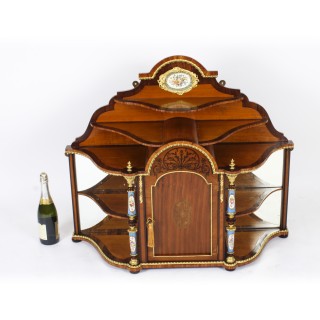 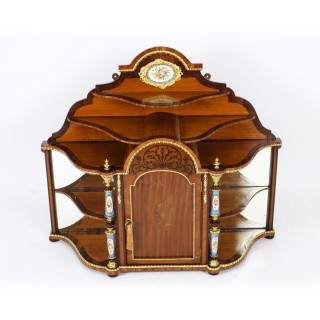 With arched cresting above a waterfall of open shelves and an arched panel door flanked by further mirrored serpentine shelves, the porcelain fittings painted in the manner of Sevres with flowers on a bleu celeste ground, and raised on ebonised bun feet.

Add a touch of unparalleled style to your home.

Condition:
The cabinet is in excellent condition having been cleaned, polished and waxed, and is ready to grace your home.

is a hard and durable wood with a satinlike sheen, much used in cabinetmaking, especially in marquetry. It comes from two tropical trees of the family Rutaceae (rue family). East Indian or Ceylon satinwood is the yellowish or dark-brown heartwood of Chloroxylon swietenia.

Marquetry
is decorative artistry where pieces of material (such as wood,, pewter, brass silver or exotic veneers) of different colours are inserted into surface wood veneer to form intricate patterns such as scrolls or flowers.