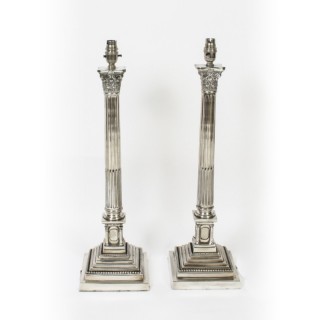 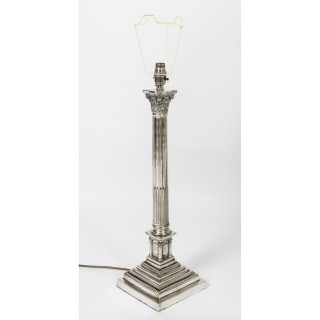 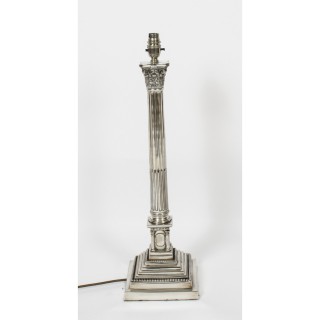 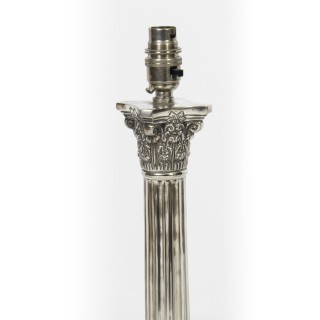 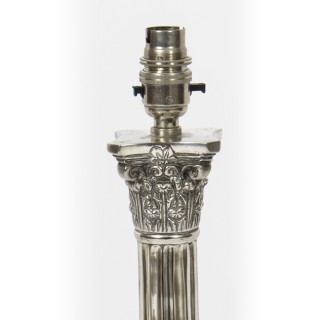 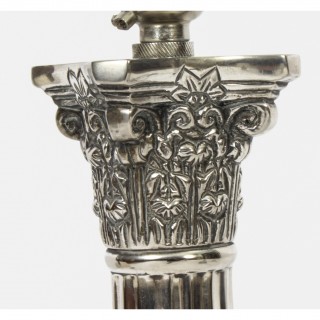 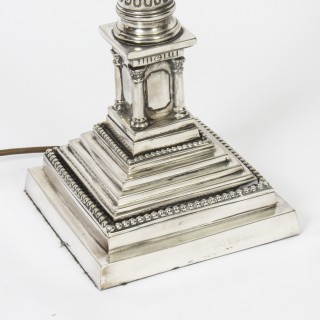 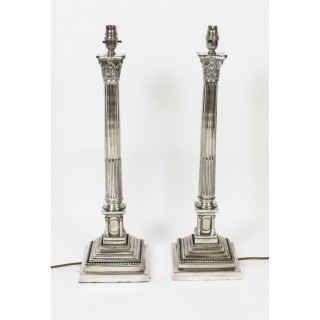 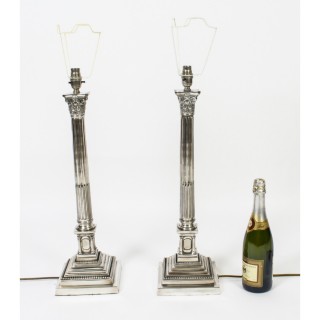 This is an impressive antique large pair of Edwardian silver plated Corinthian column table lamp, circa 1910 in date.

Each lamp features a classic Corinthian Capital decorated with acanthus leaves and anthemion with a fluted shaft on a rectangular prism pedestal with four miniature Corinthian columns to each corner raised on a square and fluted stepped base.

Add an element of pure luxury to your home with superb this pair of antique silver plated table lamps.