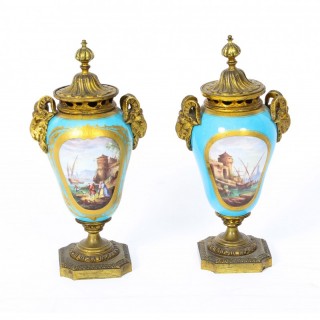 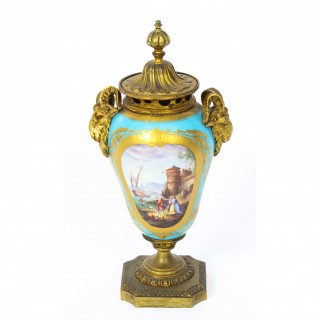 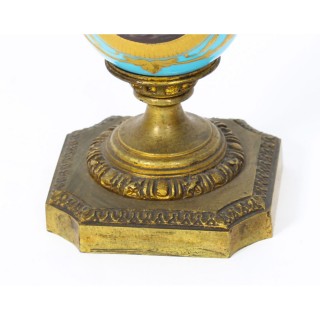 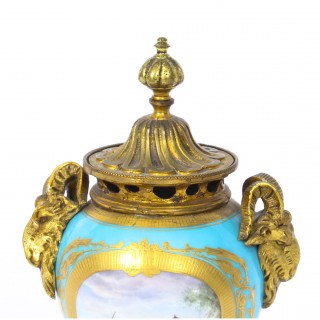 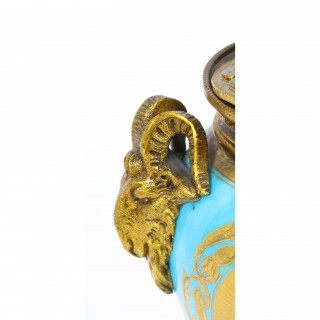 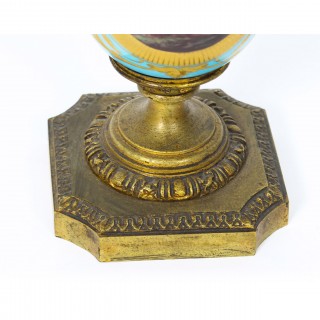 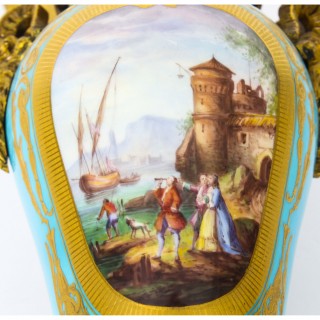 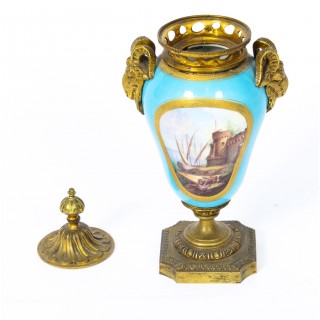 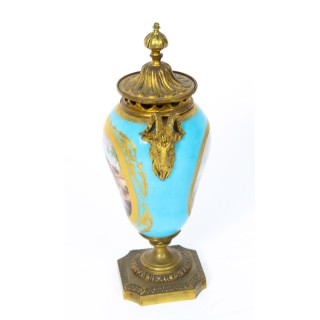 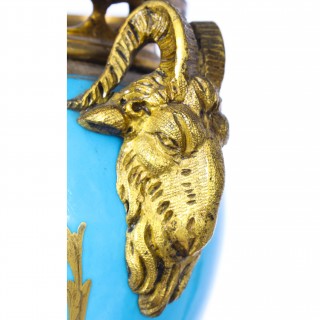 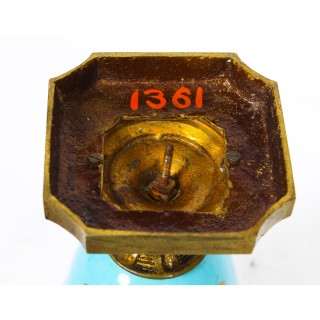 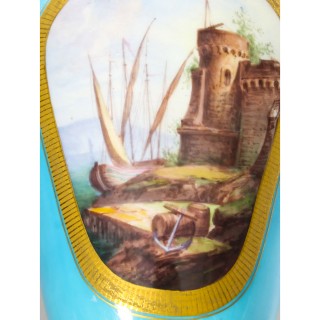 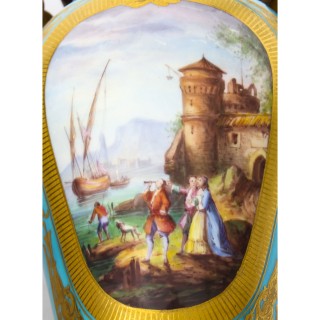 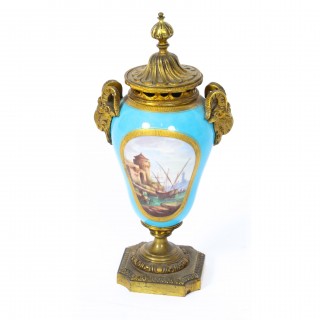 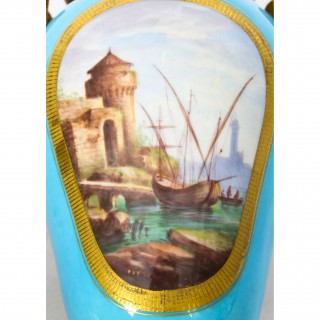 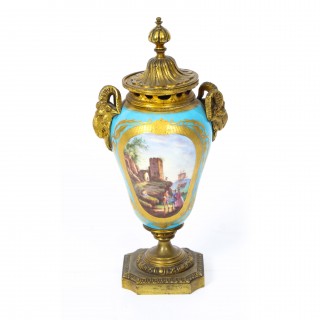 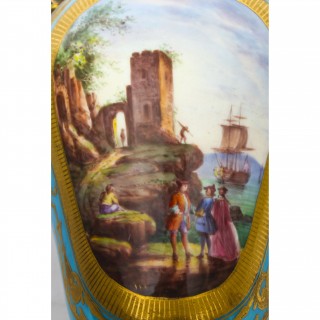 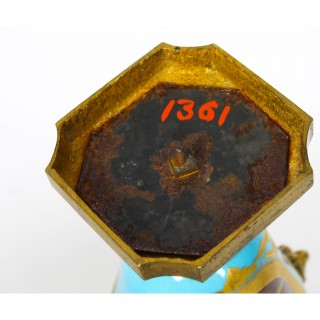 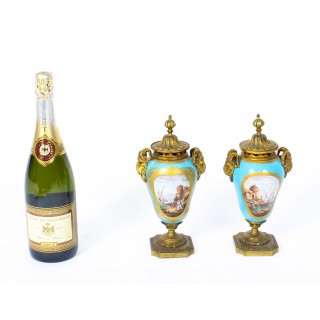 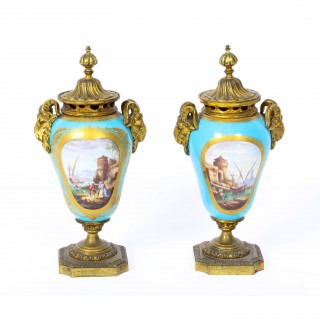 This is a stunning pair of French twin handle ormolu garniture lidded urns with Sevres hand painted porcelain, circa 1870 in date.

With ecorative ormolu ram head handles and ormolu lids. The porcelain bodies are superbly painted with oval-shaped panels enclosing harbour scenes with figures and boats on a “bleu celeste” ground, they are raised on gilt bronze square shaped plinth bases.

Add some timeless elegance to your home with these beautiful urns.

Condition:
In excellent condition having been beautifully cleaned in our workshops, please see photos for confirmation.