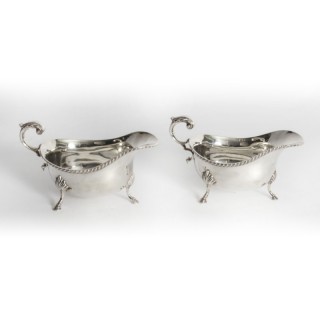 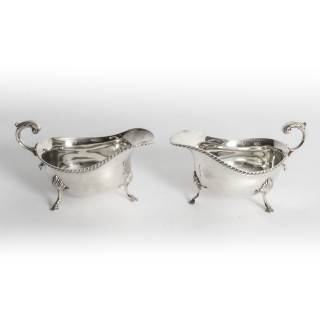 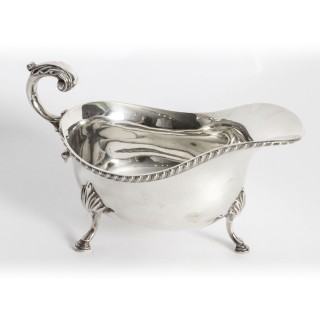 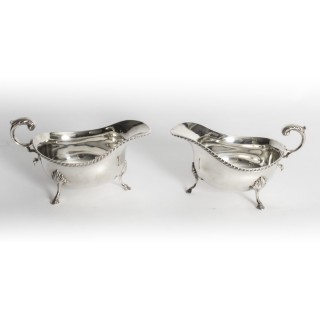 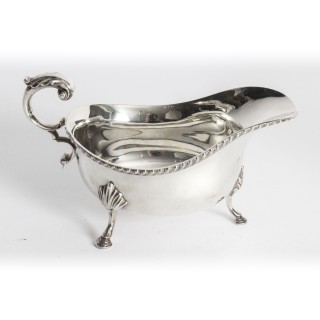 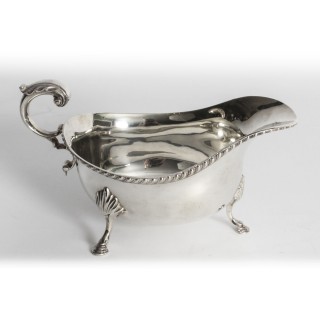 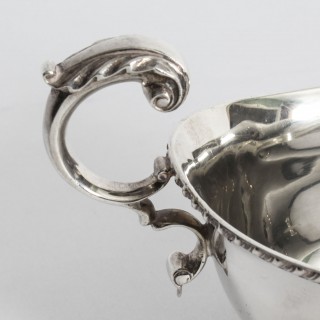 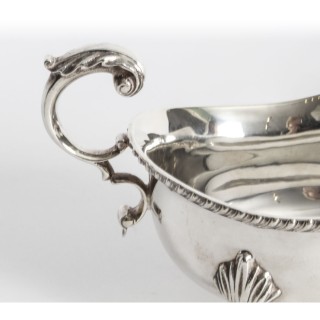 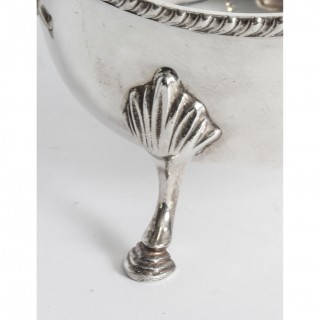 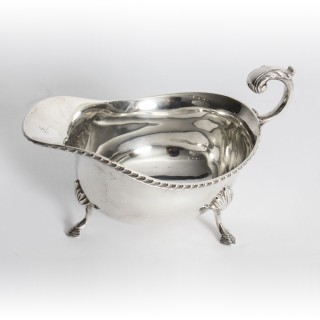 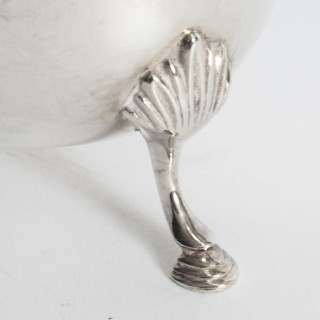 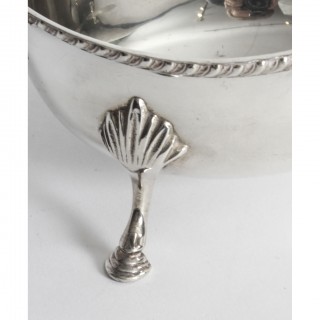 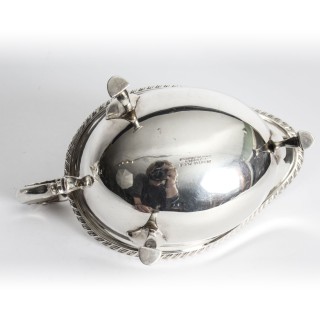 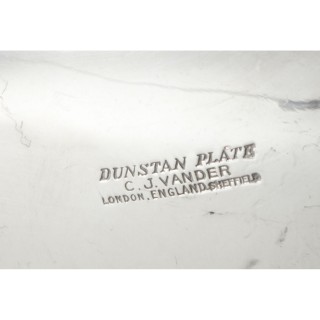 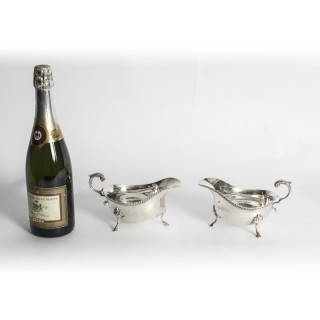 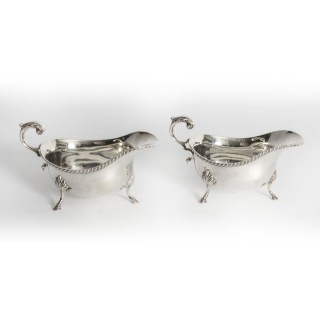 This is a magnificent antique pair of silver-plated Dunstan Plate sauce boats by the renowned Silversmith C.J.Vander, Circa 1900 in date.

C.J. VANDER – C.J. VANDER LTD
The origins of the company date back to Alexander Macrae who established his business in 1856 (32 Bow Street, Covent Garden, London). In 1870 he entered in partnership with Martin Goldstein changing the firm’s name to Macrae & Goldstein. The partnership was dissolved in 1878 and Martin Goldstein continued to trade under his own name until 1886, when he sold the firm to Cornelius Joshua Vander (1837-1904).
Cornelius Joshua Vanderpump (this was the name before Anglicisation) was apprenticed to Macrae & Goldstein and entered his first mark on 18 October 1886 (the firm’s address was now 17 lisle Street, Soho).
C.J. Vander continued the activity until his death (1904), when the business was continued by his sons Henry and Alfred Vander. In the 1920’s Henry’s sons (Henry and Arthur) and Alfred’s son (Norman) entered in the business.
The firm continued to increase its activity not only at home but also in the USA, where C.J. Vander built a wide export business.
In 1930 c. the firm was converted into a limited liability company under the style of C.J. Vander Ltd.
In 1921 they opened a second-hand silver department in premises rented in Betterton Street (bought in 1938), but in 1941 enemy bombing destroyed greater part of their premises at Fetter Lane, where the firm had moved in 1939.
Rebuilding after WWII was difficult for British silver industry, but C.J. Vander Ltd had an advantage over its competitors thanks to its existing export business and the activity as dealer in second-hand and antique silver.
In 1948 the firm began the production of hand-forged flatware using the dies obtained by The Goldsmiths and Silversmiths Company. The dies belonged to the defunct Francis Higgins company and in the past had been used by various firms as Eley, Fearn & Chawner; William Eaton; Elizabeth Eaton; Francis Higgins & Sons Ltd; Holland, Aldwinckle & Slater. They were inherited by The Goldsmiths & Silversmiths Co through numerous takeovers and mergers.
In 1958 C.J. Vander acquired the dies and patterns of Atkin Brothers (Silversmiths) Ltd and in c. 1965 were bought three other companies: Roberts & Belk Ltd, William Bush & Son and Benton Brothers. In 1971 further dies and tools of Mappin & Webb Ltd were acquired from British Silverware Ltd.
C.J. Vander silversmiths can be considered, for flatware, the natural successor of Chawner & Co, continuing to make traditional patterns by hand and some completely modern designs
Meanwhile numerous other members of the Vander family continued to join and run the business (Richard Vander, Henry’s son, joined in 1949; John Vander, Norman’s son joined in 1965 and his brother Robert Vander joined in 1968; Anthony Vander, Richard’s son, joined in 1981).
In 1996, C.J. Vander was acquired by Syratech Corporation, owners of the leading silver brands in the USA.