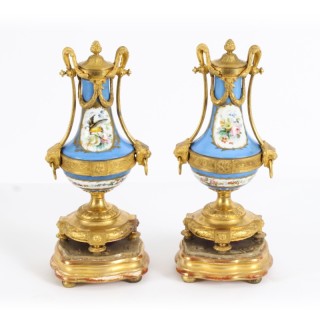 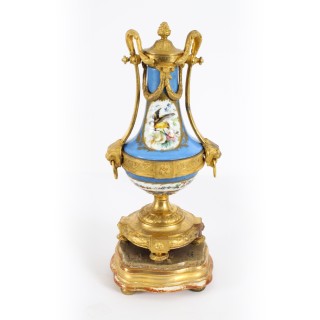 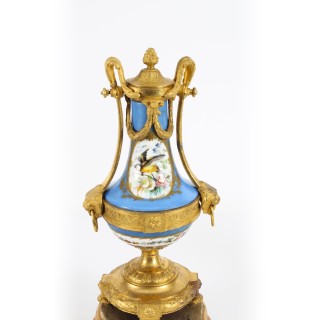 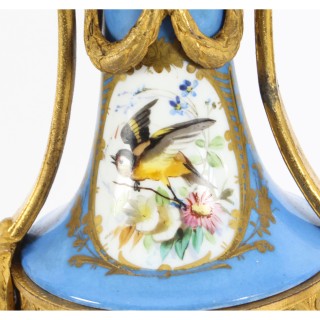 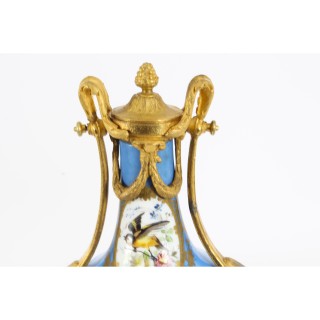 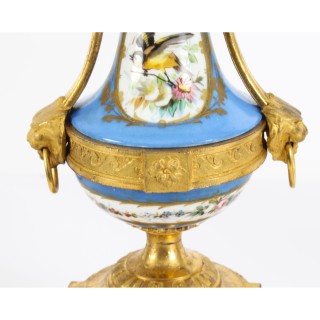 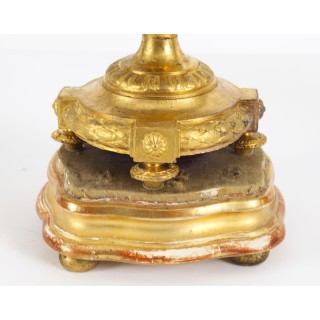 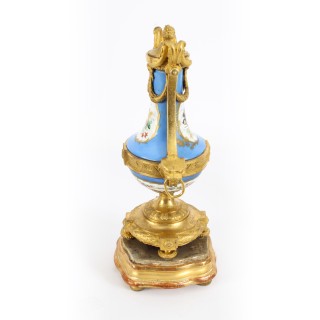 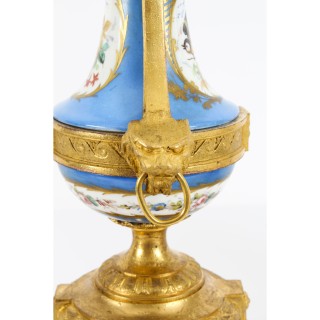 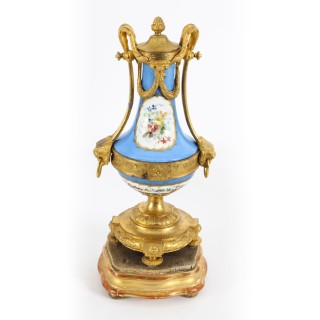 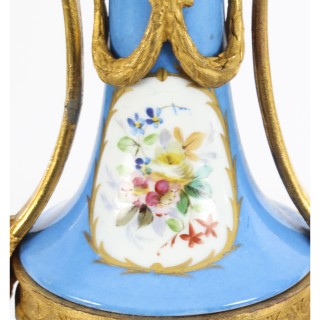 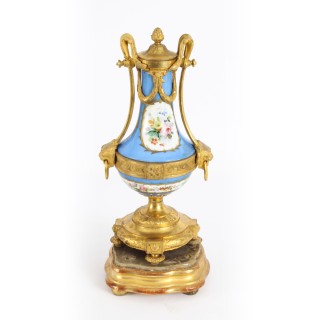 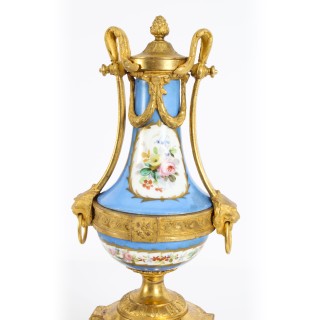 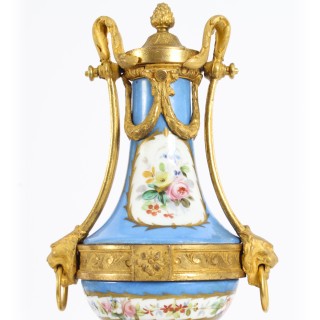 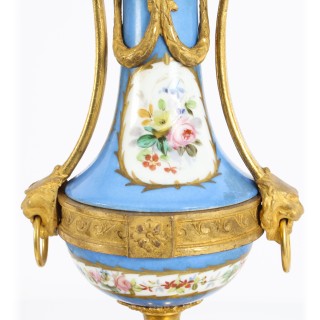 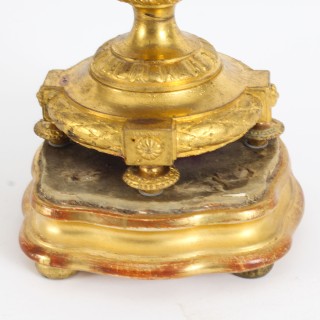 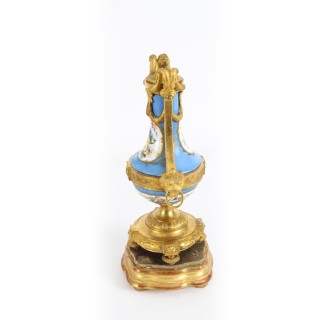 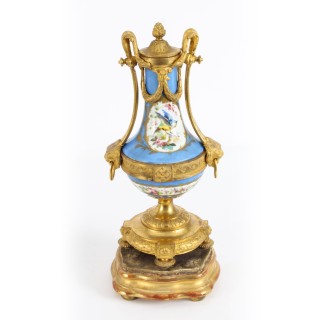 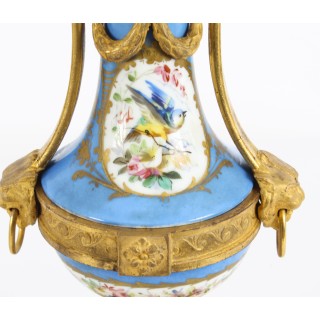 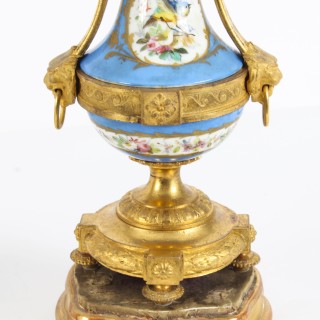 This is a beautiful antique pair of French Sevres style porcelain and ormolu mounted twin handled urns, in the Louis XV manner, Circa 1870 in date.

The bleu celeste grounds are superbly decorated with panels of bird in flight on one side with colourful flowers on the other, within lion scroll handles.

They are raised on circular foliate gilt plinth bases standing on elegant toupie feet. They are complete with carved giltwood shaped pedestals.

Condition:
The urns in excellent condition, please see photos for confirmation.
The Giltwood pedestals have wear to the original fabric.