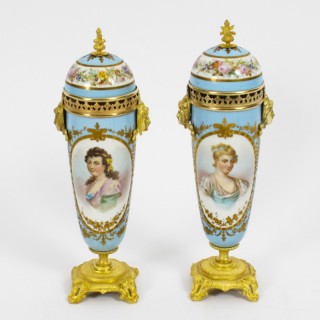 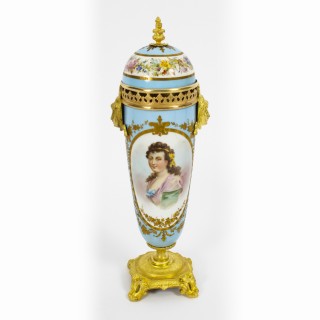 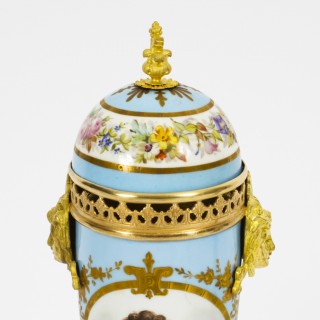 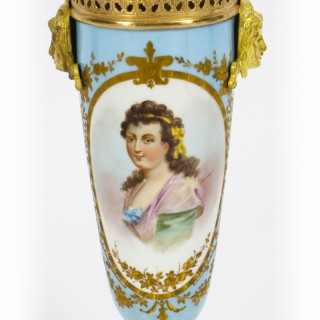 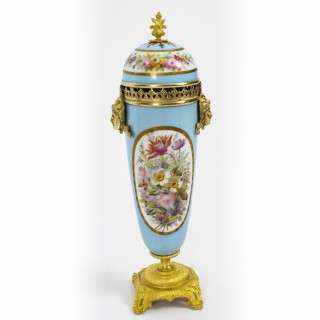 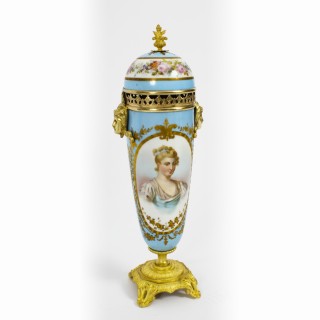 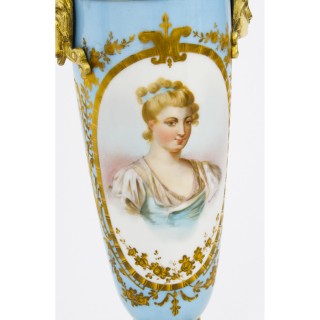 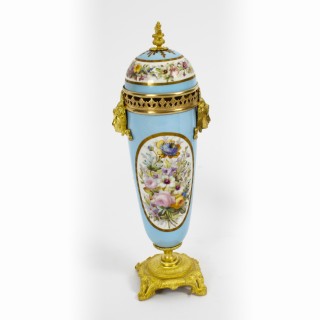 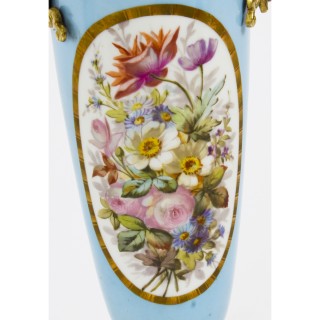 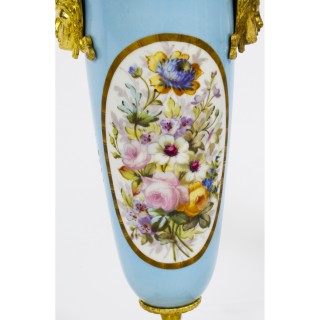 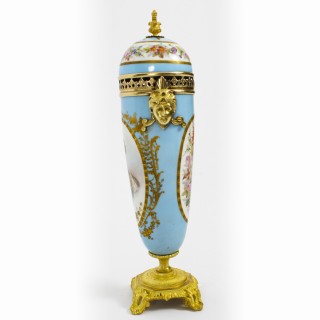 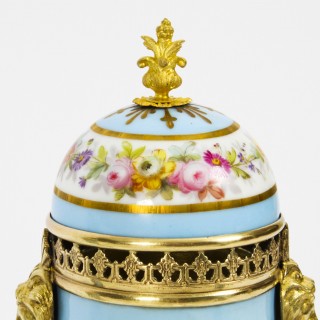 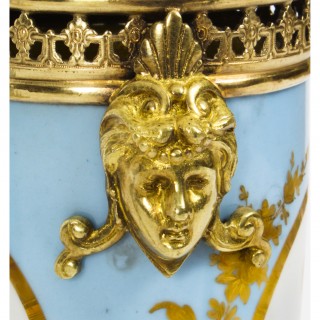 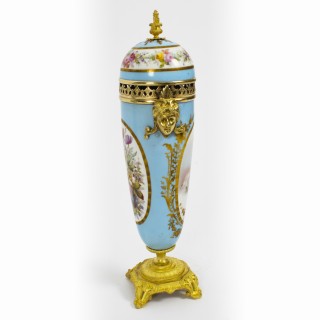 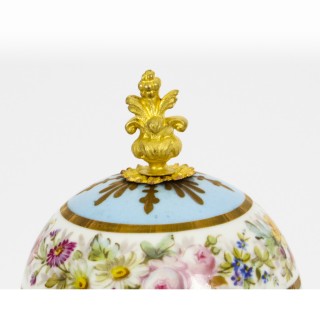 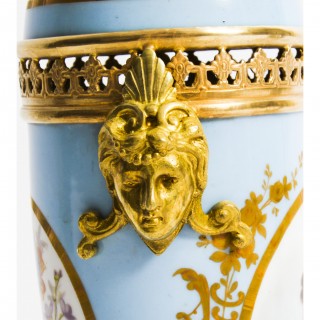 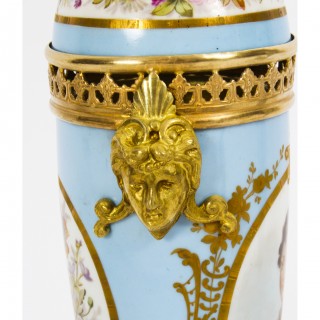 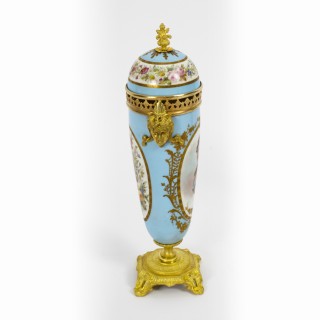 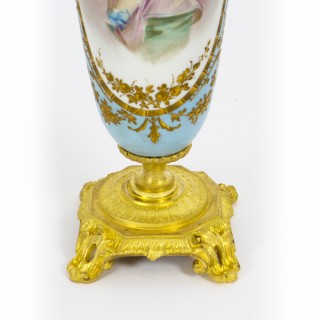 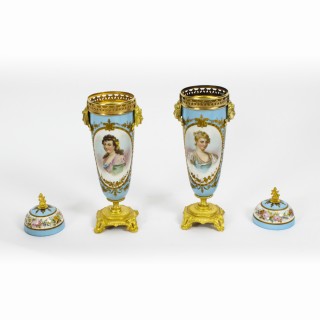 This is a beautiful antique pair of French Sevres porcelain twin masque head handled lidded urns with dome lids, in the Louis XV manner, Circa 1870 in date.

The vases with a duck egg bleu ground are superbly decorated with oval panels of busts of period ladys on one side with colourful flowers on the other, within gilt foliate scroll handles suspending gilt floral garlands.

They are raised on foliate shaped square gilt plinth bases with

Condition:
In really good condition with no chips, cracks or signs of repair. As antique items, the vases show signs of use commensurate with age, these minor condition issues are mentioned for accuracy and, as seen in the accompanying photographs, the vases display beautifully.