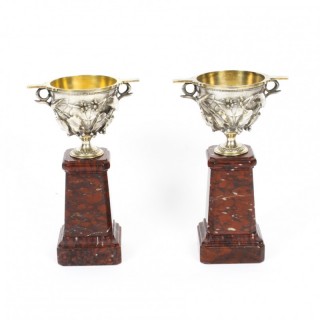 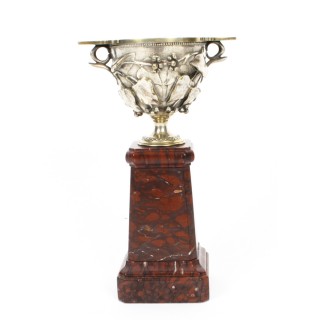 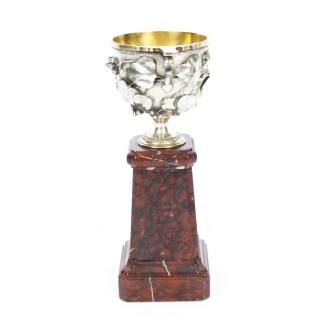 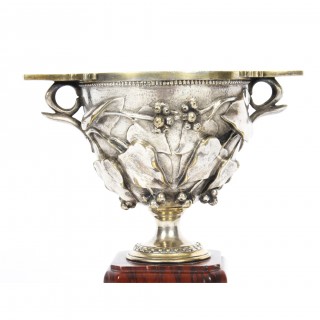 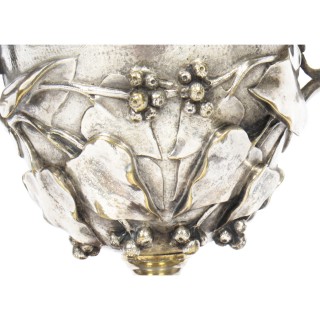 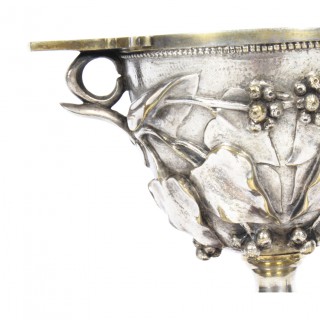 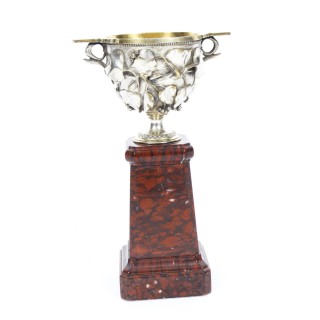 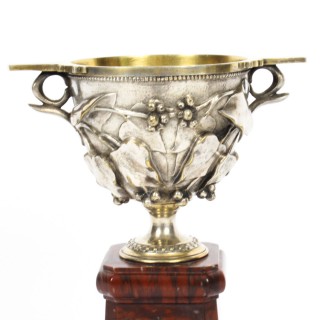 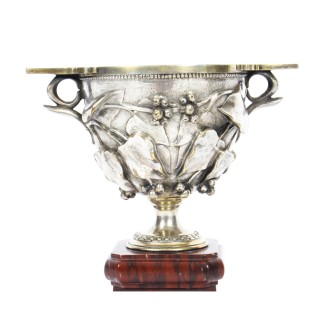 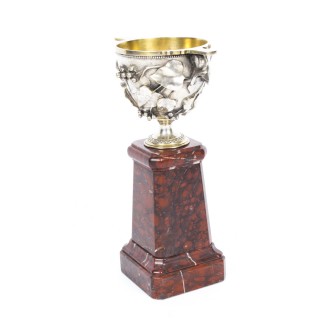 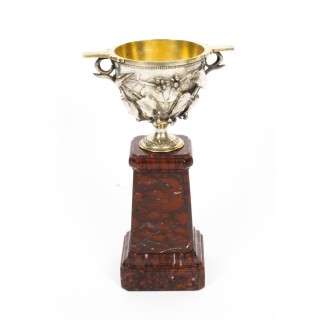 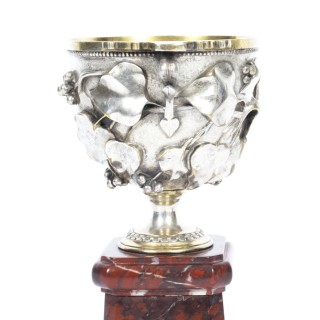 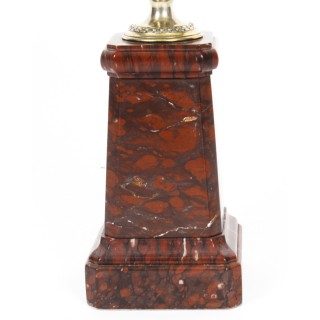 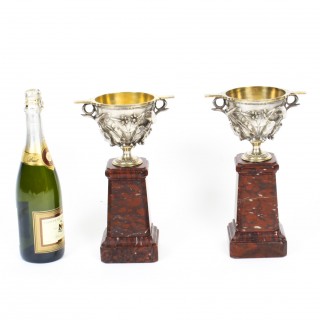 This is a remarkable pair of antique French silvered bronze and marble pedestal Grand Tour Urns, circa 1860 in date.

The attention to detail throughout these pieces is second to none and the pair of classical bronze vases are sure to enhance great historical fascination wherever they are placed.

Condition:
In excellent condition with only minor signs of use commensurate with age and wear.