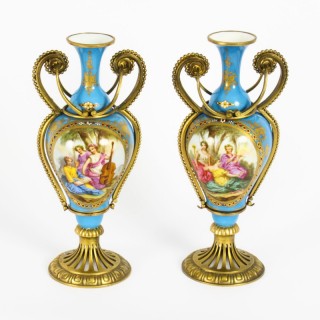 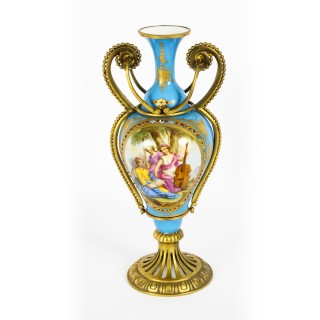 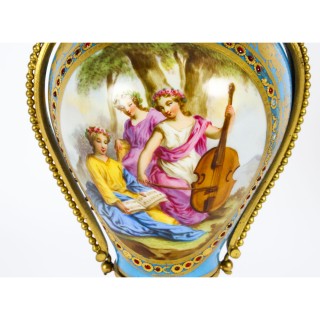 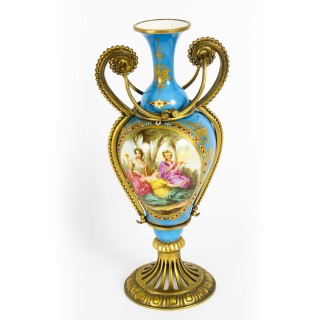 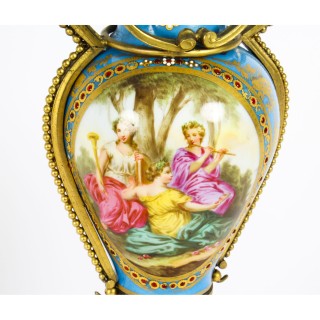 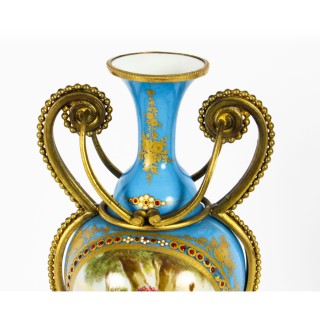 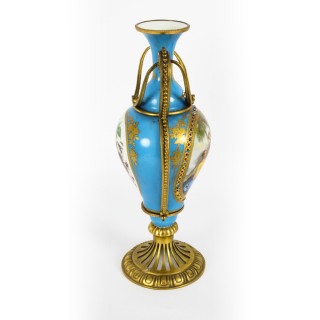 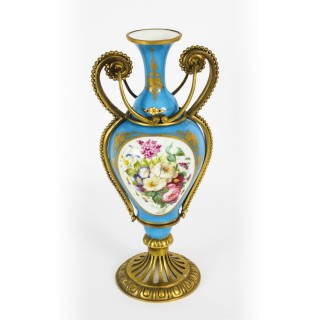 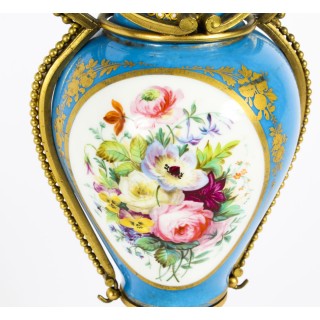 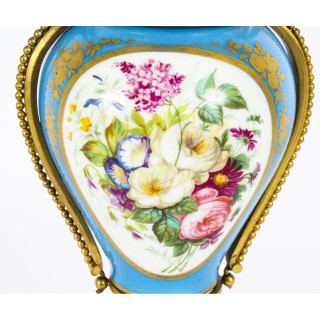 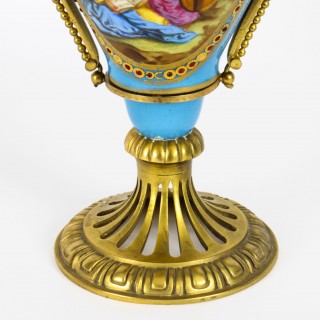 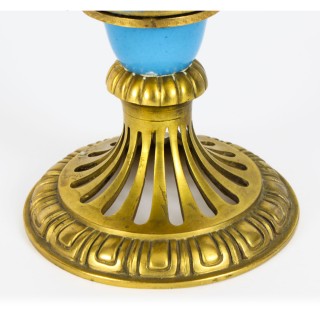 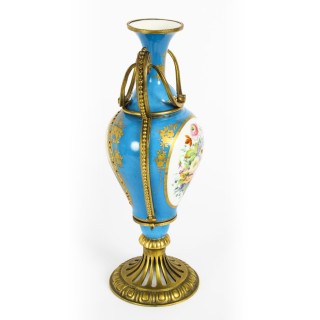 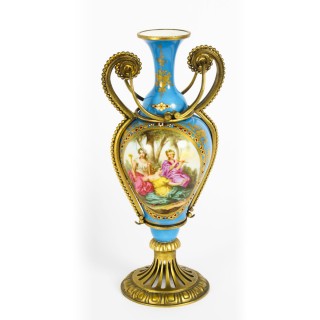 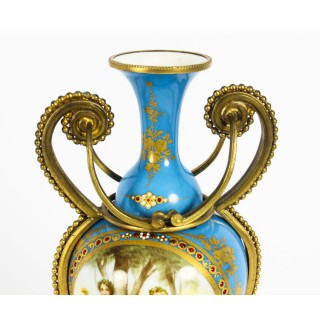 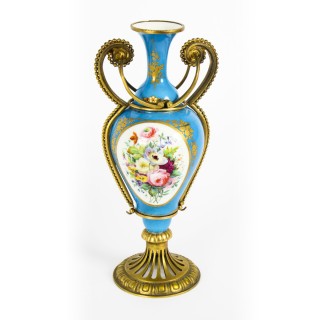 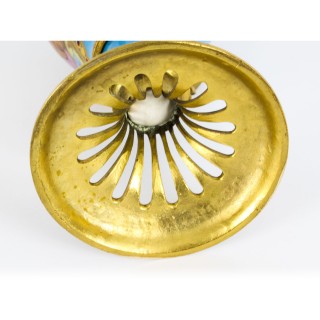 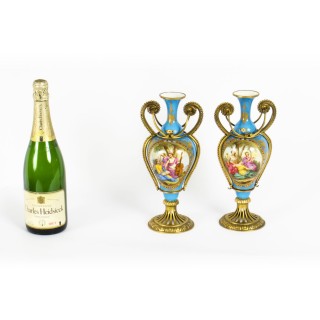 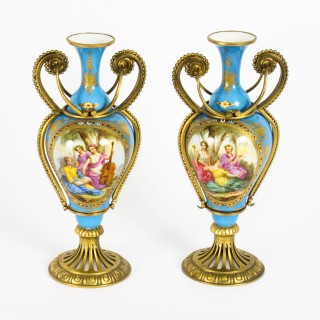 This is a beautiful antique pair of French Louis Revival Sevres “Bleu Celeste” porcelain and ormolu mounted twin handled vases, Circa 1880 in date.

They are superbly decorated in the Sevres manner with hand painted floral bouquets on one side and ovals with figures on the other. The porcelain with gilded decoration the vases are raised on stunning pierced ormolu bases.

They are delightful objects which will look superb in any surroundings.

Condition:
In excellent condition with no chips or damage, please see photos for confirmation.