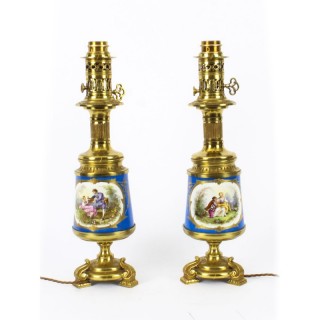 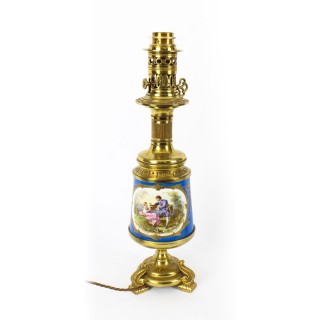 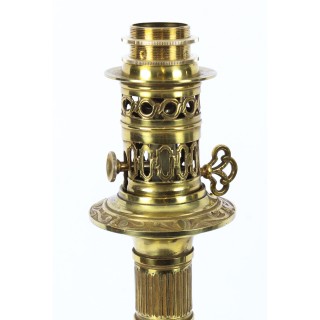 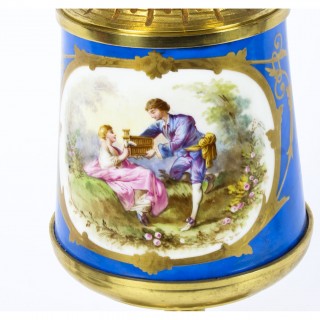 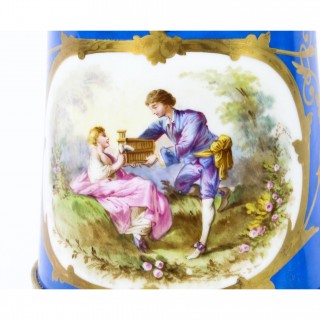 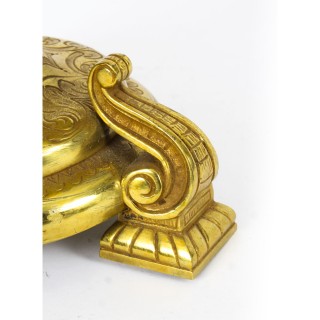 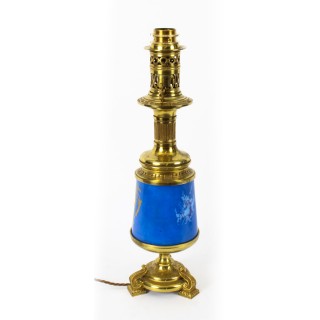 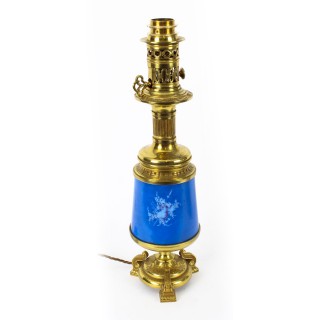 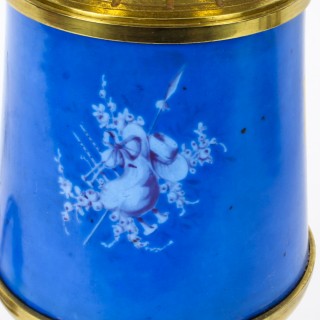 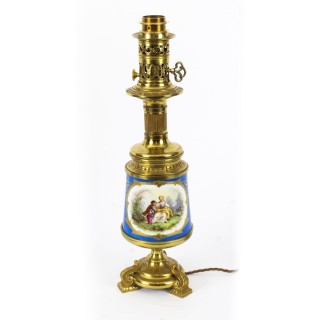 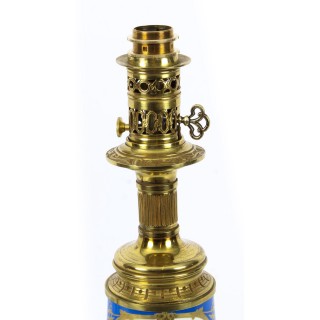 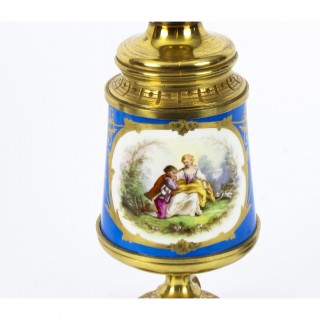 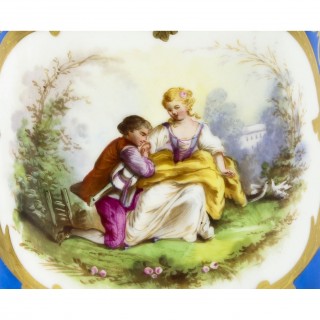 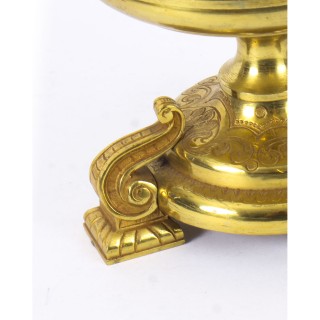 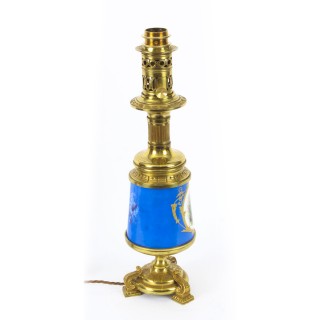 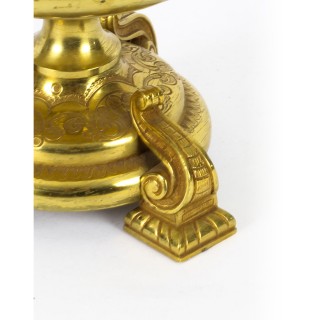 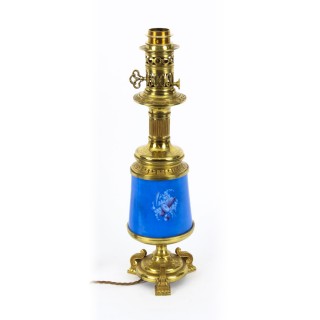 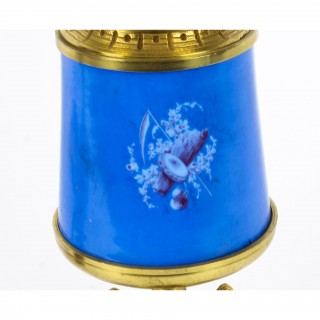 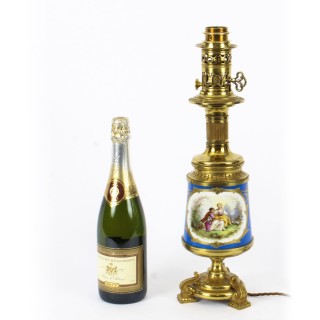 This is an exquisite large pair of French Sevres porcelain and ormolu mounted oil burning table lamps that have been skillfully converted to electricity retaining their original and charming oil burning mounts, circa 1870 in date.

The lamps have cylindrical and tapering porcelain bodies, which are superbly decorated with hand painted panels of courting lovers into a naturalistic landscape with foliage, trees and flowers. The panels are richly highlighted with gilt on a stunning “bleu celeste” ground.

Condition:
In excellent condition having been beautifully cleaned and rewired in our workshops, please see photos for confirmation.