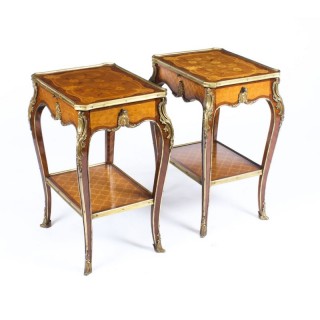 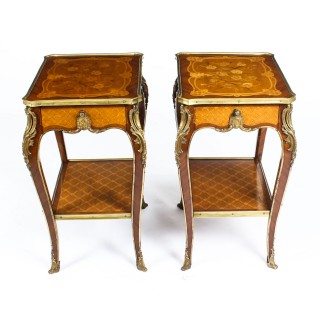 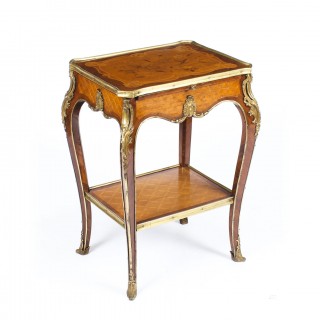 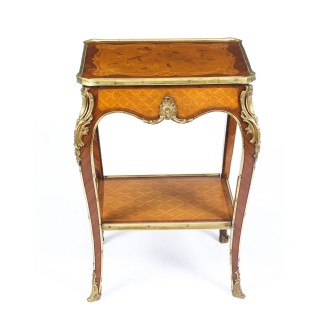 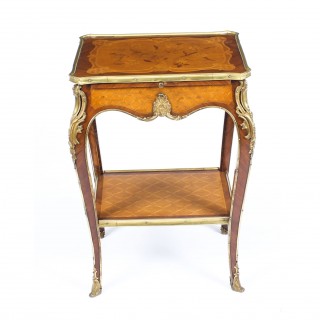 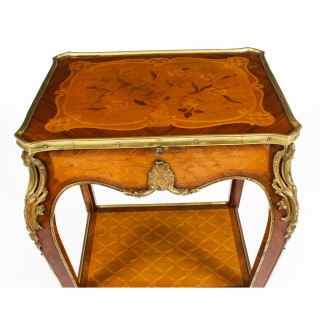 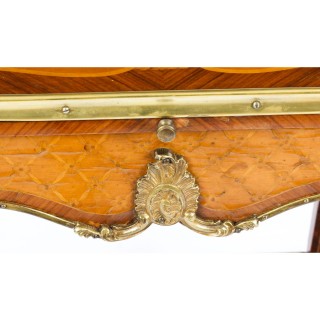 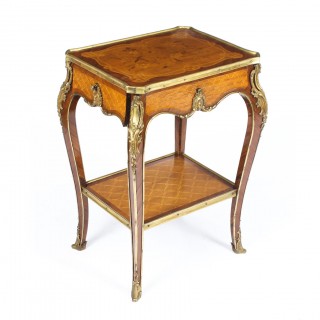 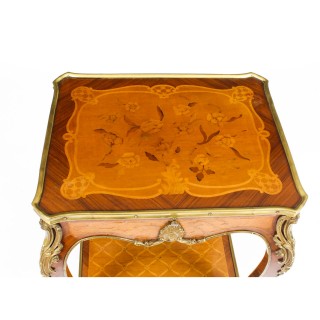 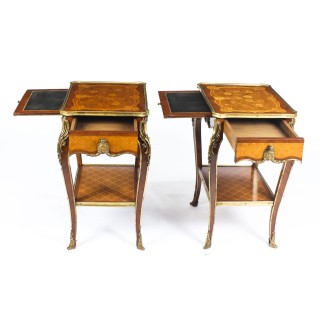 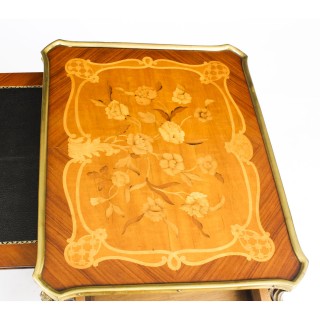 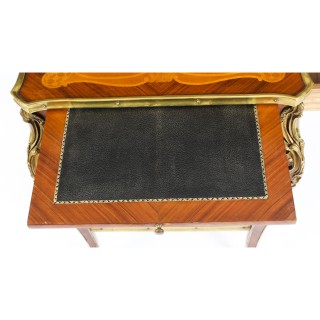 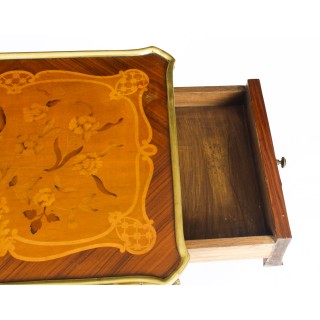 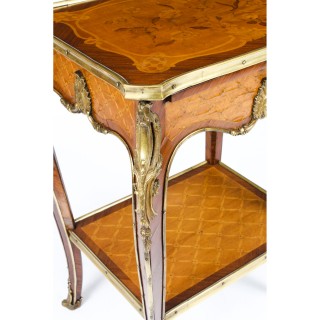 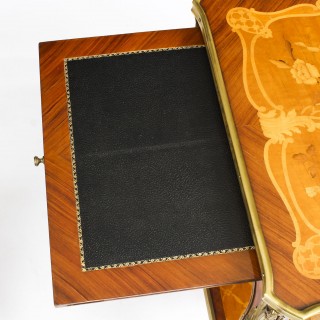 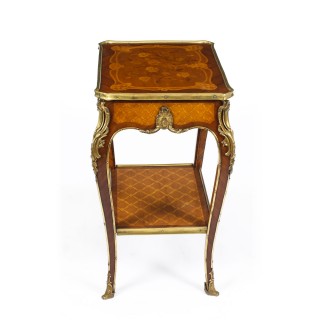 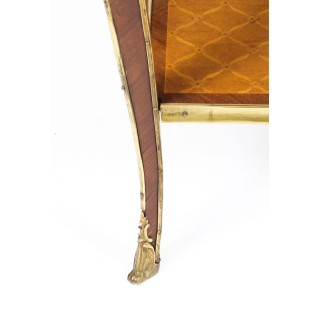 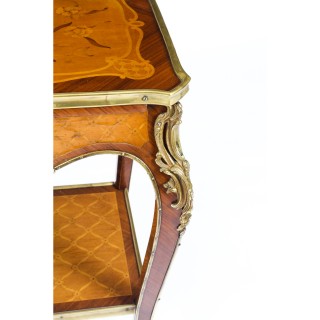 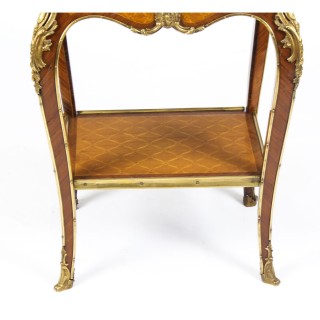 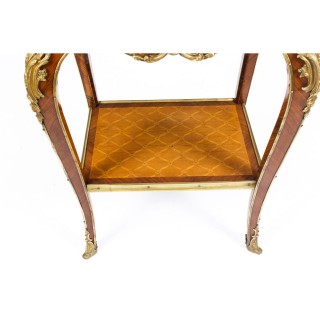 The canted tops surmounted with ormolu borders and inlaid with a floral and foliate marquetry decoration. Each above a slide with inset gold tooled leather for writing, and each with a drawer to the side.

They are raised on ormolu mounted cabriole legs united with rectangular parquetry undertiers.