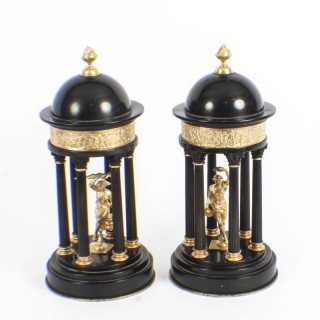 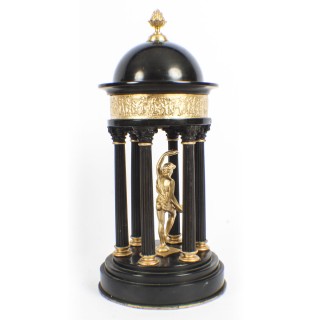 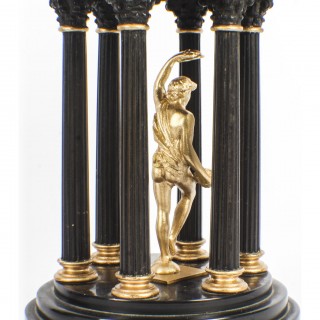 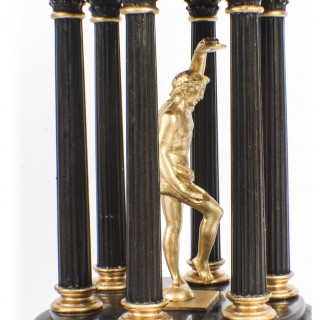 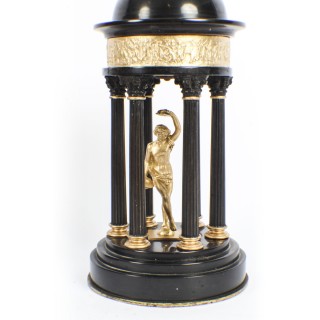 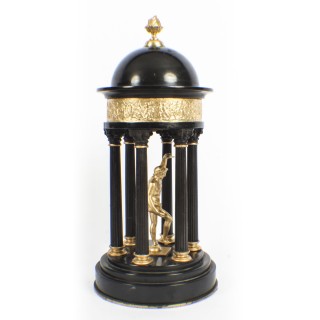 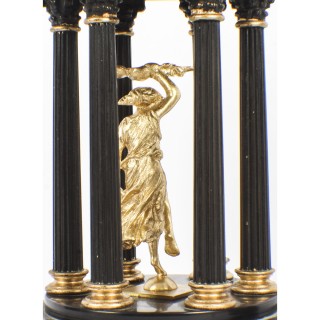 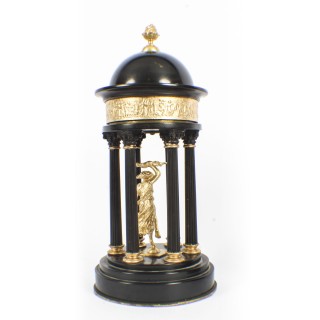 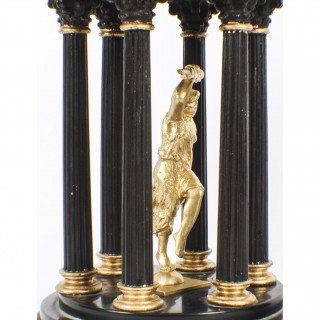 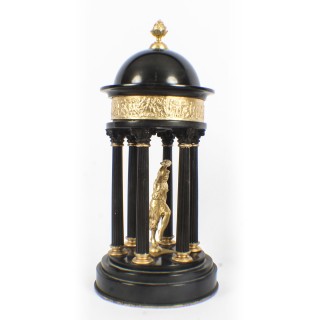 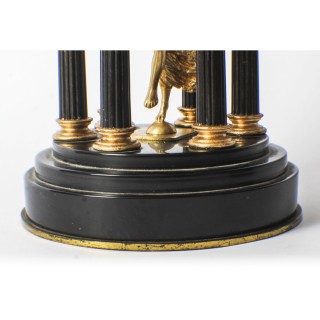 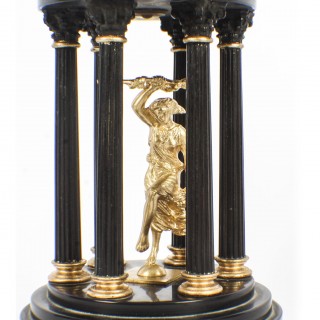 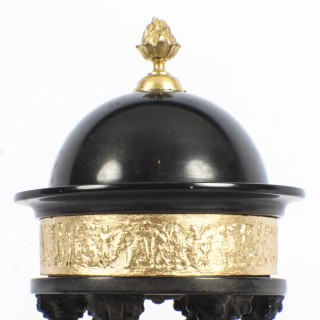 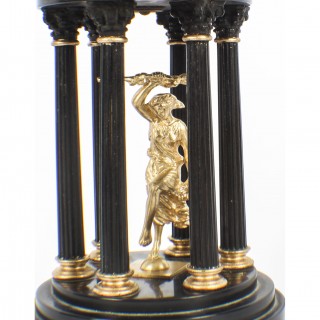 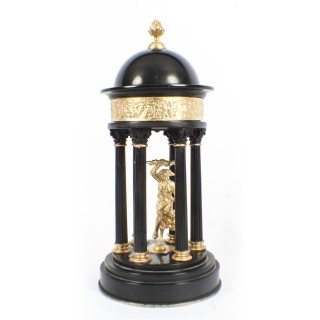 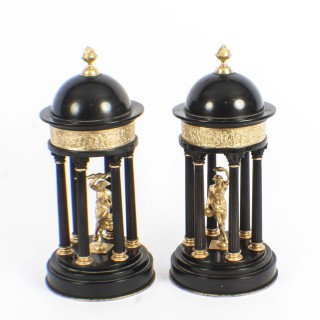 This pair of colonnades feature domed topped roofs surmounted by ormolu flaming finials with classical gilt figural relief to the frieze, held up by six ormolu mounted Corinthian columns framing a central gilt dancing maiden in each. They are raised on circular stepped marble bases lined with ormolu underneath.

This pair was made during the period of cultural exploration of Classical Antiquity and the Renaissance. Architectural models were made as souvenirs for travelling aristocrats, and the tradition of making these temples and colonnades continued into the 20th century.

The attention to detail here is remarkable and this truly beautiful pair of temple statues are sure to receive the maximum amount of attention wherever placed.