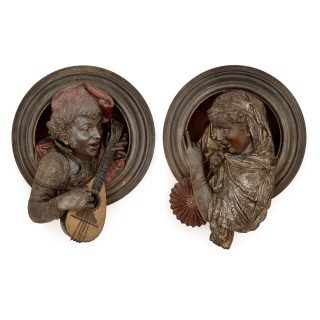 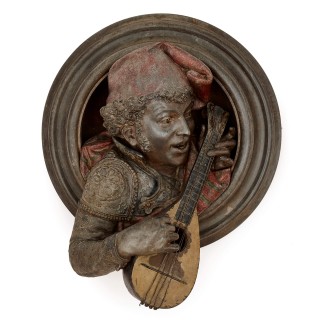 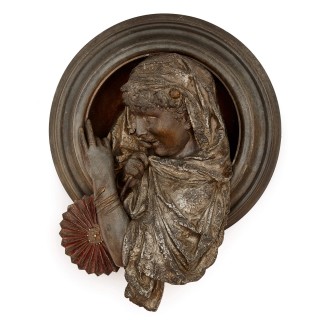 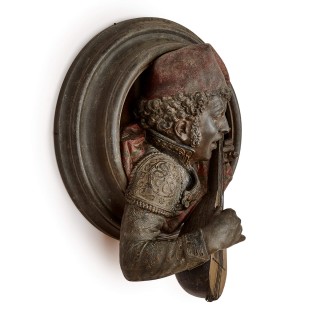 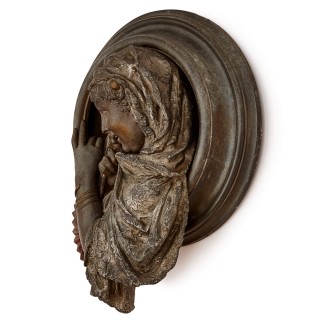 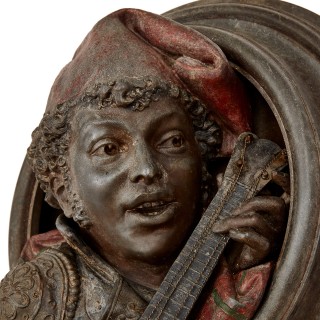 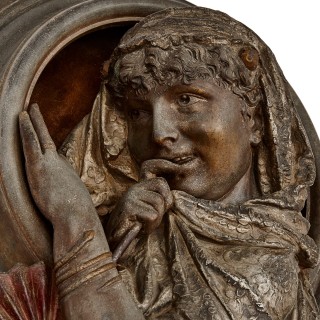 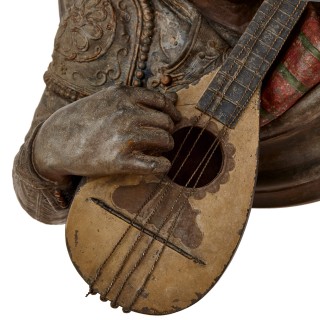 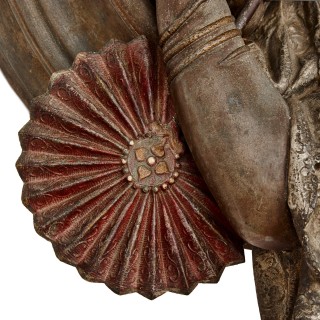 The beautiful plaques in this pair are modelled around the interaction between two figures. Each plaque features a circular porthole backplate, ‘through’ which peeks a figure: a male guitarist in one, and a female in the other. The female figure, who wears Orientalist dress, looks flirtatiously at the guitar player. The plaques are crafted from spelter and are painted and parcel gilt.