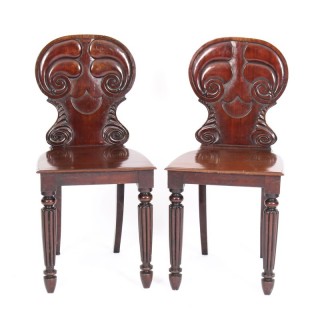 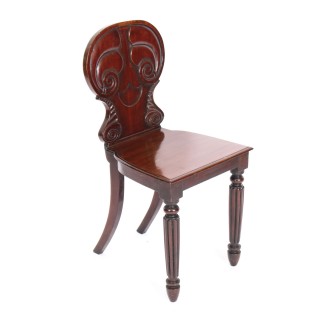 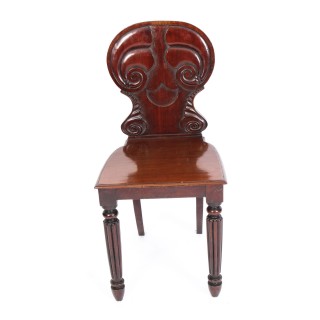 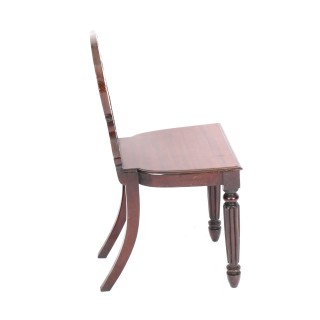 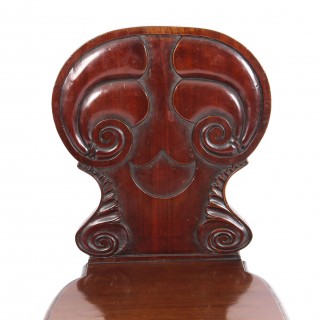 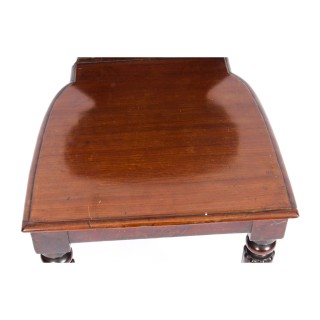 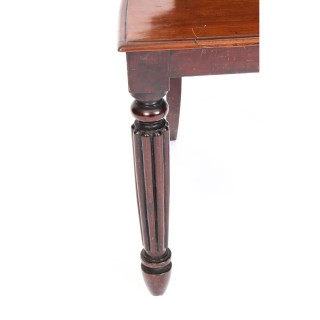 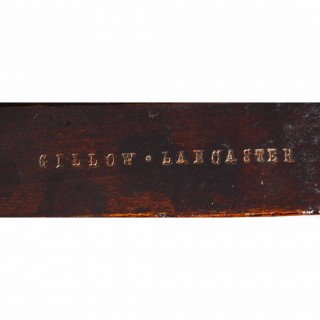 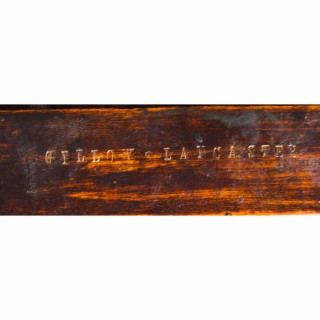 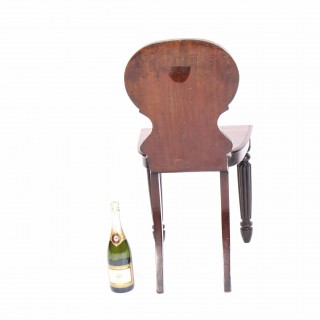 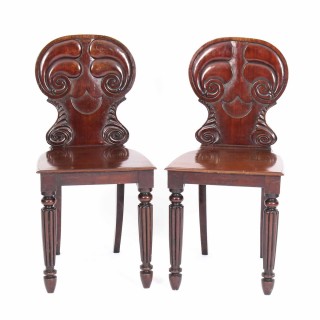 This is a wonderful antique pair of Regency mahogany hall chairs by Gillows Lancaster, circa 1820 in date.

These lovely chairs have been masterfully crafted in beautiful solid mahogany.
They feature scroll and foliate carved waisted backs above plank seats, and are raised on reeded tapered legs.

Each chair stamped on the seat rails GILLOWS LANCASTER.

Be sure this splendid pair will make a showpiece as enter your home.

Gillow & Co.
was originally founded in Lancaster in 1730. Gillow’s of Lancaster was a household name in Victorian Britain, and the firm exported furniture throughout the Empire. Key to the company’s success was the dynamic father and son team at its core.

The London branch was opened in 1775. Among Gillow’s most successful pieces during this period were those made in the Neoclassical style from original drawings by Robert Adam. In the period 1813-1820 the Gillow family gradually withdrew from personal involvement with the business.

In 1897 Gillow & Co. merged with a Liverpool firm and they henceforth traded as Waring & Gillow.

Antique Hall Chairs were first introduced in the late Georgian period, usually made in pairs and in Mahogany or Oak woods. These dainty antique chairs were often built by skilled cabinet makers in fine timbers and ornately carved with scrolls, shell motifs or even inlays. Hall chairs were situated in the entrance or hall and used for guests to wait until they were invited into dining rooms and they were also used for servants to wait during servings.