This elegant Peking carpet has a fine weave which engenders great clarity in the drawing and is enhanced by the less common ivory field with a harmonising colour composition of light blue, grey and a touch of brown.

Chinese carpets and textiles have a rich history of weaving dating back many centuries, particularly in Ningxia in the north-central region of China. Due to the large demand for rugs from the US and European markets, the weaving centers moved to the capital, then known as Peking, which enabled the creation of bigger and finer pieces. With this move, the designs became simpler, more asymmetrical and often tending to modern Western furnishing tastes.

This Peking carpet is wonderfully preserved and still retains its original fringes and borders on all sides. It is in great condition for every day use and indeed is a classic piece which is rare in this large format. Its timeless versatility lends it to blend beautifully in both classic and contemporary settings. 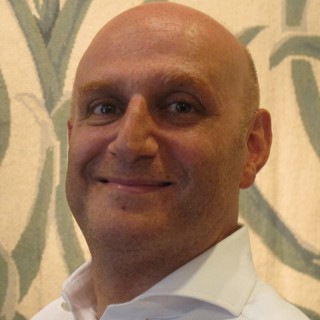