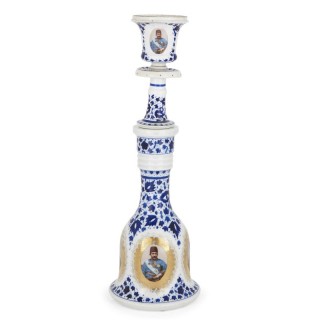 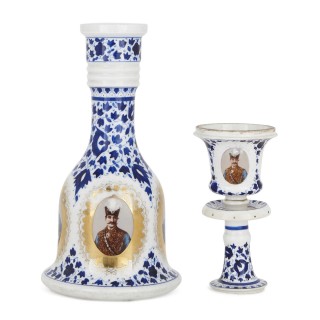 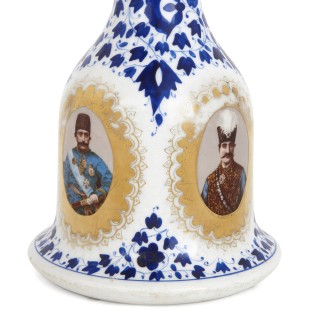 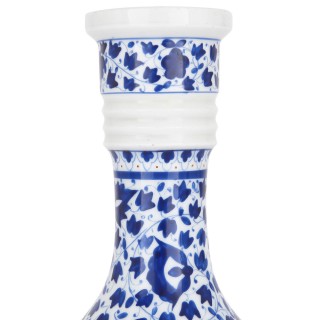 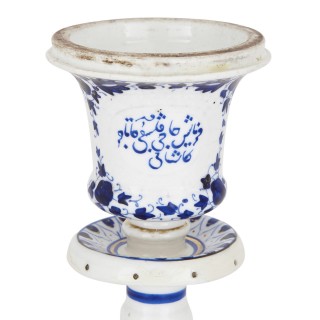 This beautiful huqqa (or hookah)—an instrument used for smoking—is a highly collectable antique piece. It created in the late 19th Century, most likely in Russia. The huqqa is finely decorated with depictions of Qajar kings, suggesting that it was created for the Persian market.

The huqqa features a bell-shaped base with a ribbed cylindrical top. This is covered by a cup-shaped feature on a knopped stem. The huqqa is crafted from porcelain which is white and finely decorated with deep blue stylised vines, leaves and flowers. Half-length portraits of the 19th-Century Persian kings, Naser al-Din Shah and Mozaffar al-Din Shah, ornament the huqqa’s base and top cup. The portraits on the base of the huqqa are contained within gilt scalloped medallions. The huqqa’s cup also features a Persian inscription.