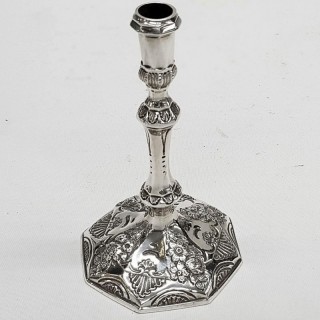 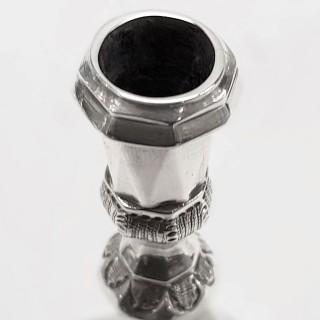 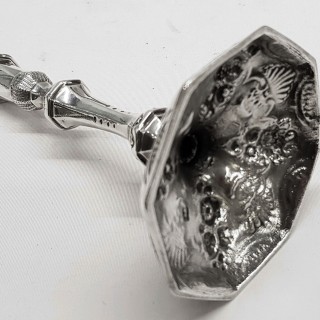 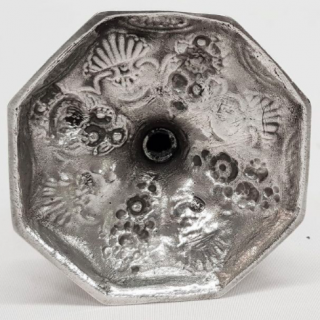 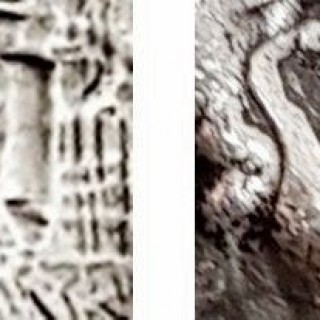 Literature: Tapersticks, averaging about 5 inches high are miniature table candlesticks used to hold a wax taper. They are rarer than candlesticks and very few exist prior to the Queen Anne period. They usually appear in singles and pairs of tapersticks command a premium price.

The taperstick is in good condition. Stamped underneath with a full set of English silver hallmarks. Makers mark difficult to read. Later decorated.