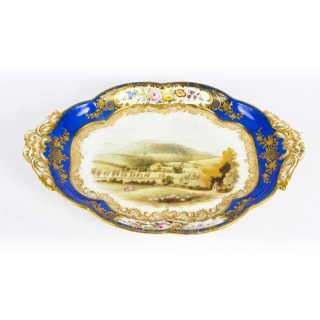 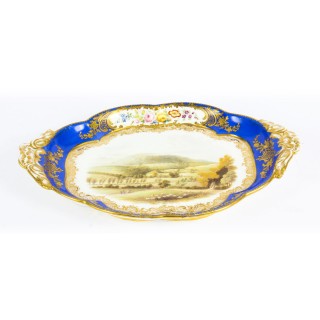 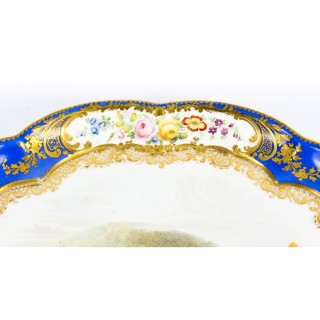 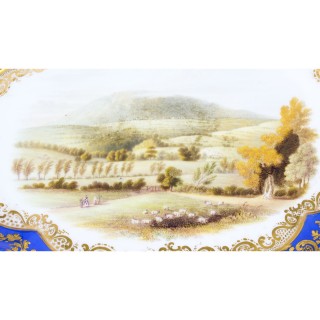 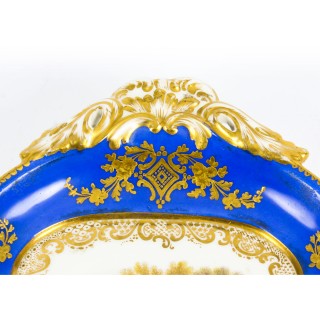 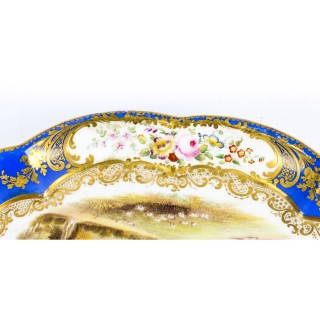 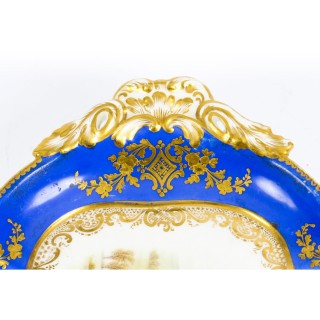 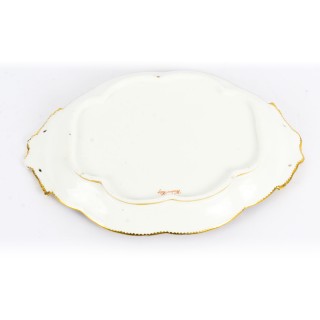 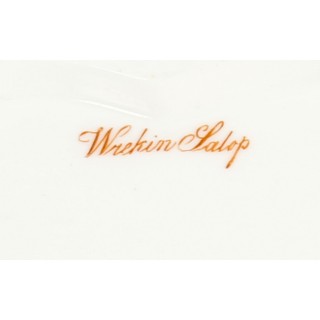 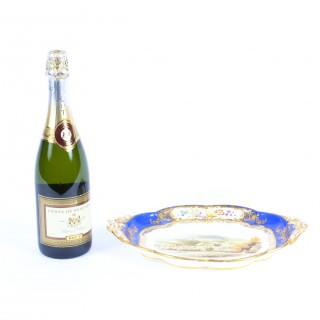 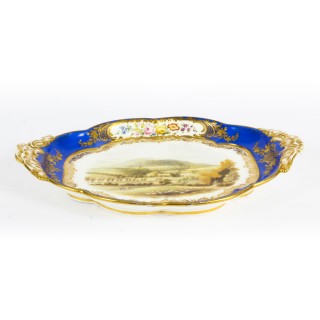 This is a fine and unique antique Royal Worcester porcelain landscape dish, circa 1840 in date.

The Worcester Royal Blue oval shaped dish is beautifully painted with a view of The Wrekin in Shropshire in the centre and framed with a royal blue rim which features two cartouches of summer flowers with gilt highlights.

Add this beautiful dish to your collection with this rare and unique piece.