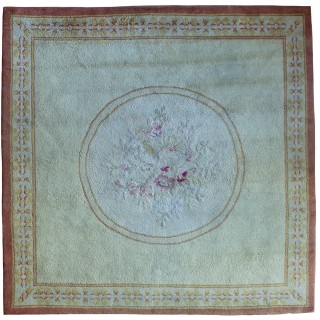 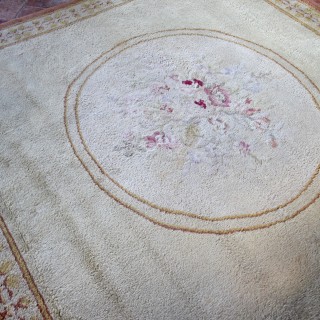 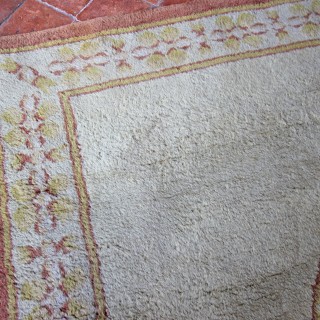 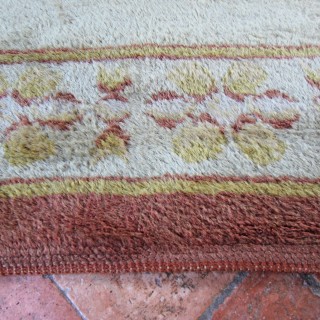 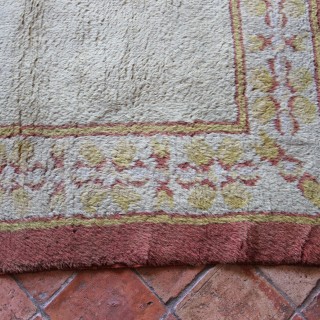 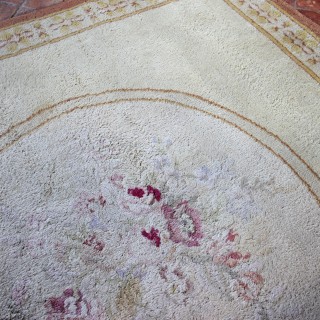 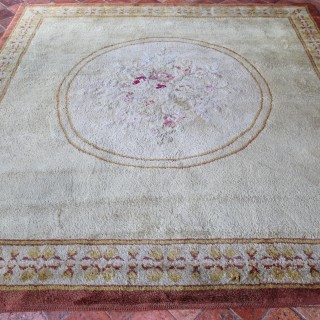 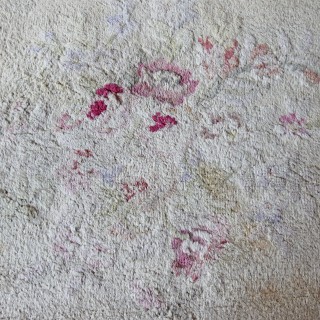 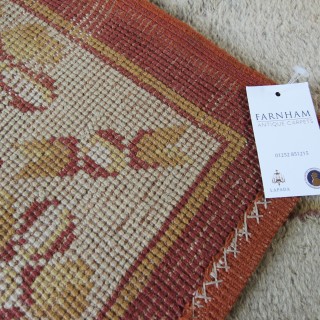 This rare Antique Savonnerie dates from the late 19th century in an unusual small square size. Savonneries were constructed with wool piles, mostly woven on cotton and jute foundation threads.  This classical French carpet is woven on a jute foundation and in outstanding original condition, sourced from a private collection it is in excellent perfect condition.  The subtle design is open and delicate with gentle flowers in the main centre and created with a gentle muted palette.

Savonnerie manufactory was the most prestigious European manufactory of knotted-pile carpets with its most successful period dating from 1650–1685.  Production of these classical French Savonneries was established in a former soap factory (French savon) on the Quai de Chaillot downstream of Paris in 1615 by Pierre DuPont, who was an American entrepreneur and businessman.  His workshop produced these often elaborate and classical carpets woven on a jute foundation.

Pierre DuPont gained his knowledge of weaving of the Turkish knot in the Levant, he later started producing his own carpets in Paris at a fraction of the cost of imported Persian carpets. Kind Henry IV, monarch of France, all too aware of France’s weak financial situation took advantage of this and allowed DuPont to set up his workshop in the Louvre. In so doing he ensured that the wealthy bought “local” and thus French money stayed in France. By the time King Louis XIII became the ruler the popularity of Monsieur DuPont’s carpets had grown, so the king procured a defunct soap factory for DuPont and his apprentice, Simon Lourdet, to set up a larger workshop to produce more carpets.

We visit clients and interior designers all over the South-East, West Country, London and as far as Scotland and Ireland showing our inventory of antique and modern carpets in-situ.  If you require our help and would like to see this rare small Savonnerie at home please request a home visit.