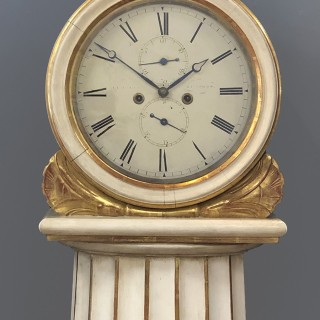 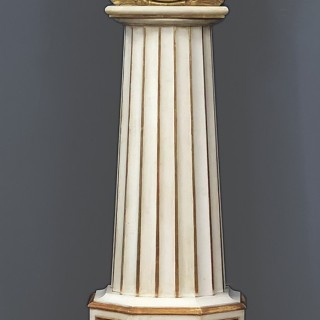 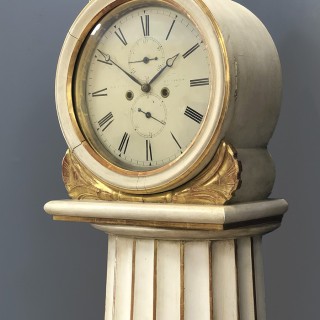 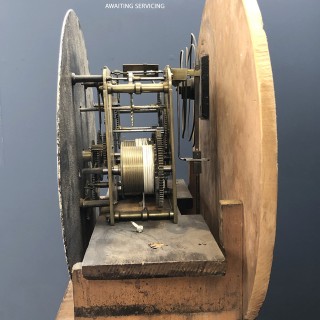 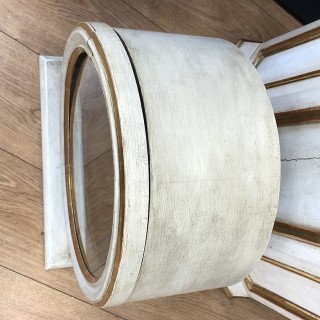 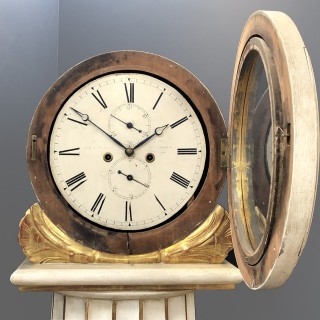 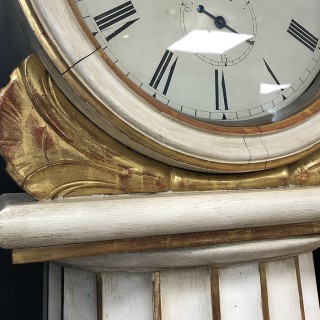 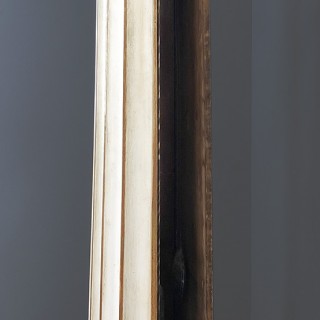 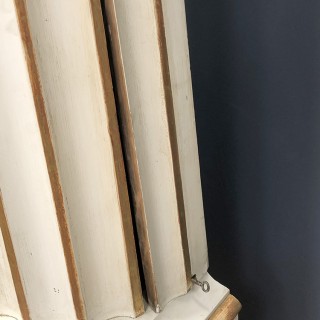 The moulded dial surround sits upon a pair of flowerhead carved terminals, water gilded on red bole. The hood is mounted on a tapering fluted column on a moulded box base and turned bun feet. Highly unusually, this longcase clock has no traditional door, but an invisible removable panel at the side to access the pendulum and weights.

There is certainly some age to the paint and giltwood finish, although is not clear whether the clock was originally so painted and gilded ; more usual was a polished mahogany finish. Painted grandfather clocks was more of a tradition in Sweden. With the drumhead case, this does bear some resemblance to a Swedish Mora clock, although very definitely Scottish in origin.

In 1840 James Rankin Laing started a retail jewellers shop known as J. R. & W. Laing at 53 & 55 Brunswick Street, Glasgow. By 1860 they became wholesale dealers by 1890 and also sold chronometers. They then became Laing the Jeweller.

In 1897 the business was frequented by James Keir Hardie, an influential socialist politician who purchased a drumhead grandfather clock. The clock is now in the personal ownership of Michael Laing OBE DL, Chairman and CEO of Laing, Edinburgh and it has been on display in the Scottish Parliament since devolution in 2000.
[source: http://www.clockswatches.co.uk]

The movement is to be overhauled and guaranteed for 3 years.
Price includes delivery within mainland UK.