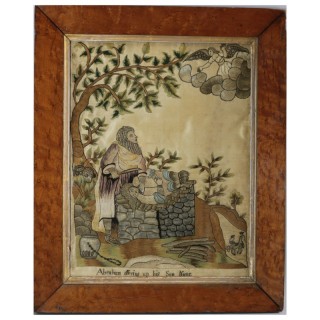 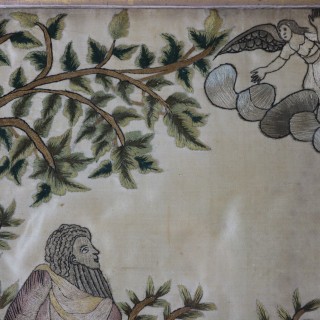 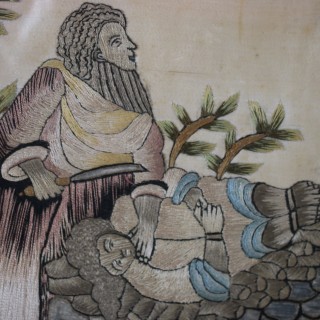 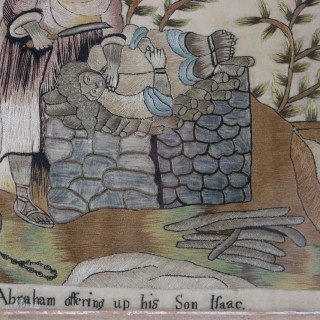 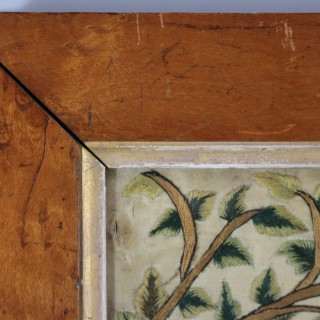 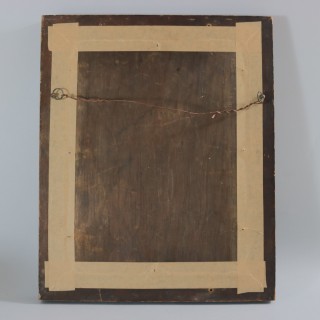 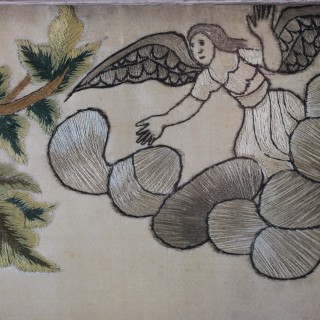 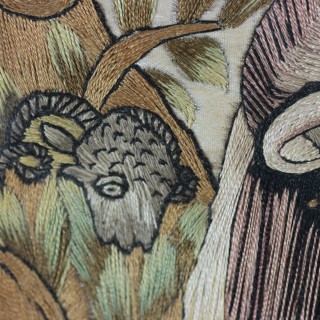 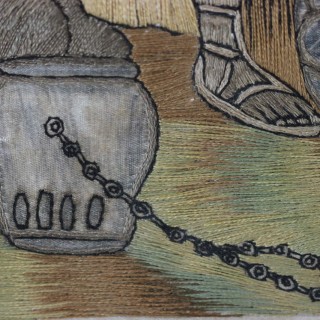 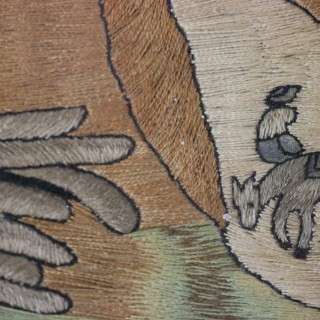 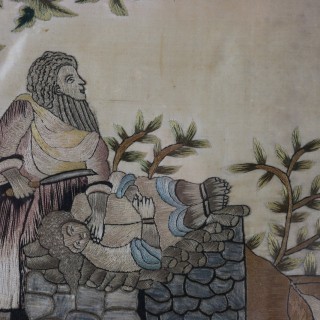 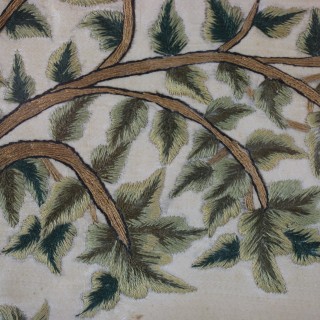 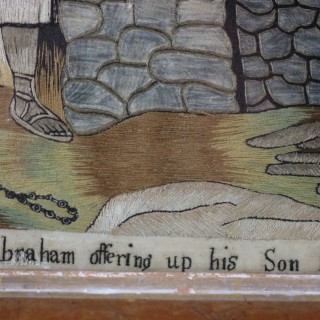 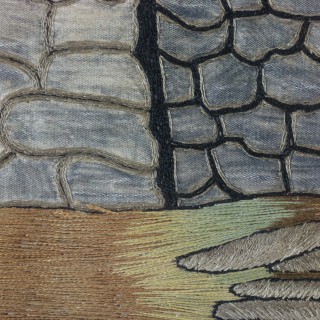 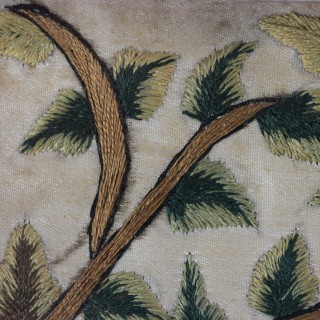 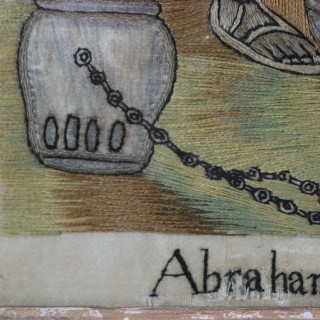 Antique Silkwork Embroidery ‘Abraham offering up his Son Isaac’. The embroidery is worked in silk on a silk ground, in a variety of stitches. Colours gold, light brown, black, pink, greens, blue and silver. Picture titled, ‘Abraham offering up his Son Isaac.”, depicts Abraham brandishing a large knife, gazing up to an angel above. Isaac lies on a bed of wood, on a stone plinth. The scene also has a pail and a pile of sticks in the foreground, a rams head, figures with a donkey and an overhaning tree. (The Binding of Isaac is a story from the Hebrew Bible found in Genesis 22. In the biblical narrative, God tells Abraham to sacrifice his son, Isaac, on Moriah. Abraham begins to comply, when a messenger from God interrupts him. Abraham then sees a ram and sacrifices it instead.) Framed in an old burr maple veneer wooden frame with gilt slip and glass. Fixed to linen with wood backing.. Dimensions exclude the frame and slip.

Good. Two small holes on the left hand edge. Slight fraying around the word ‘Abraham’. Patches of inconspicuous very light staining. No stitch losses. Colours are still well defined. No colour run. Frame showing some wear, but is structurally sound. Gilt loss to the gilt slip. In our opinion could be hung ‘as is’.