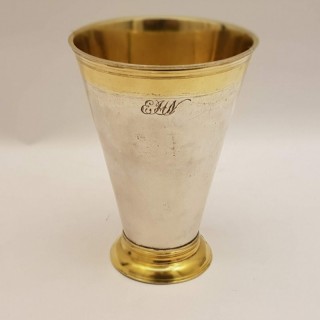 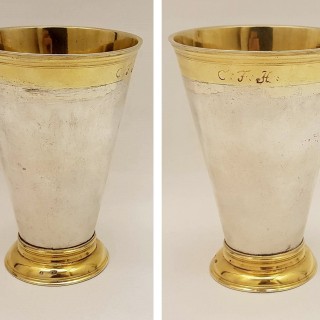 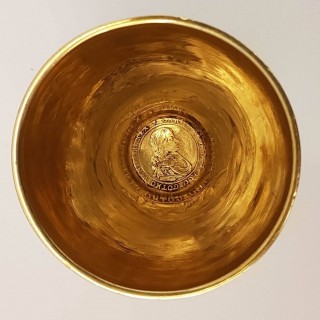 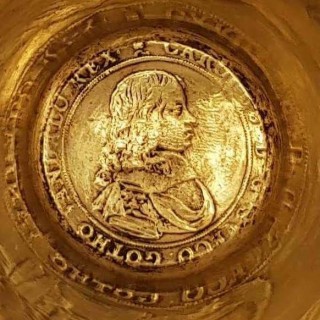 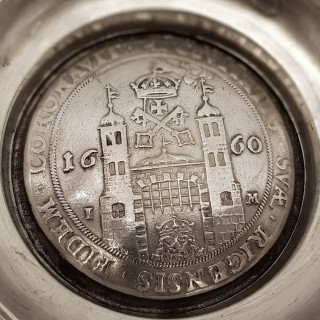 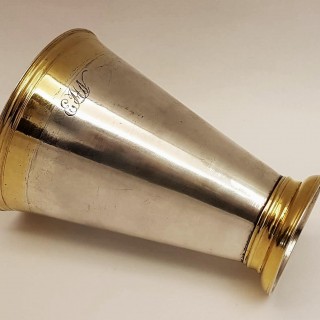 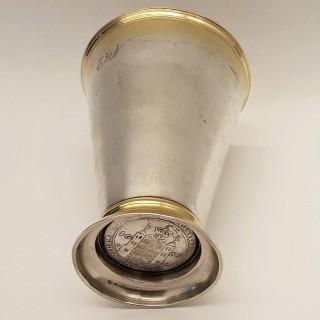 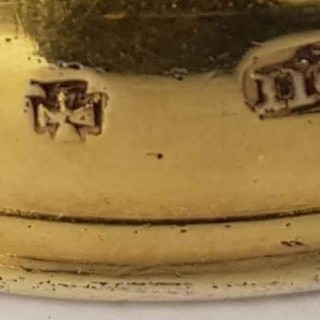 A handsome antique silver beaker of tapering form. Excellent quality. Bright original gilt to the interior, outside rim and foot. The base is inset with a commemorative silver coin dated 1660. Hand engraved initials to the front in old fashioned script and to the reverse are some later initials.
Heavy weight 251 grams, 8 troy ounces.
Height 14.2 cm. Diameter 10.3 cm.
Stamped on the edge of the base with Estonian silver marks for Jakob Ohrmann (I) of Reval.
Circa 1780.

Reval. From the 13th century until the first half of the 20th century Tallinn was known by its historical German name Reval. Tallinn is the capital city of Estonia and has close historical ties with the four neighbouring cities of Helsinki in Finland, Saint Petersburg in Russia, Riga in Latvia, and Stockholm in Sweden. Estonia under Swedish rule signifies the time between 1561 and 1710, concluding when all the Swedish Baltic provinces capitulated to Russian troops during the end-stages of the Great Northern War.

The silver coin inset in the base commemorates the Swedish occupation of Riga (Livonia) in 1660. 1 Dalderi – Carl XI King of Sweden.

The beaker is in very good condition throughout. Bright gilt with no wear.
Please note that this item is not new and will show moderate signs of wear commensurate with age. Reflections in the photograph may detract from the true representation of this item.