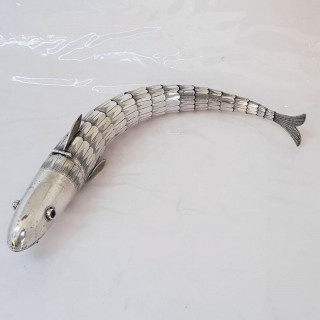 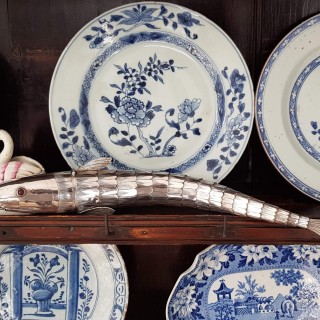 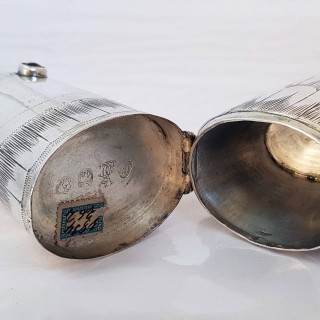 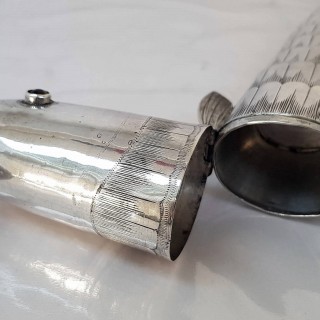 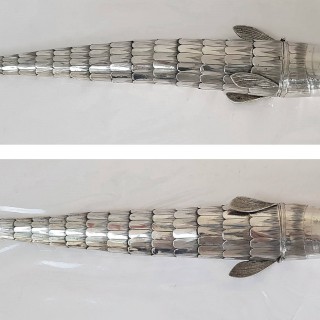 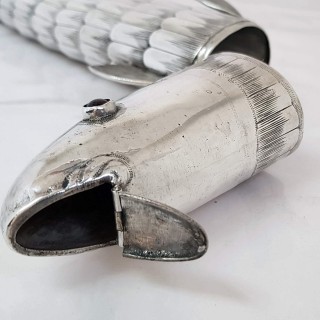 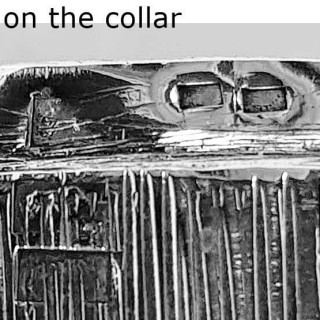 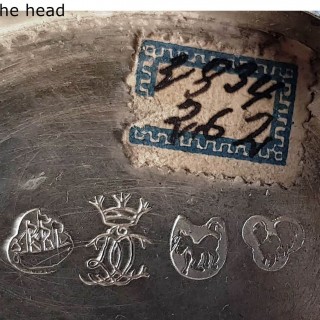 An excellent quality novelty silver antique fish with red glass eyes. Beautifully articulated. The fish opens into a box at the neck, and the mouth opens into a second smaller box. Large size and graceful style with naturalistic engraved detail and scales. The bottom fins serve also as stand supports.

Marks. Stamped inside the larger box with continental silver marks for Hanau, Germany. Maker Gebruder Dingeldein. There are also some marks around the collar which are badly stamped and illegible.

In very good condition. All in working order.