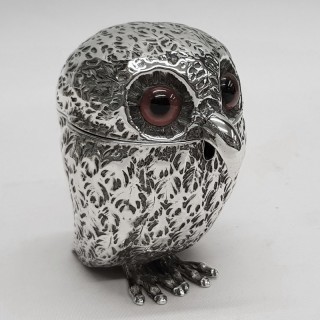 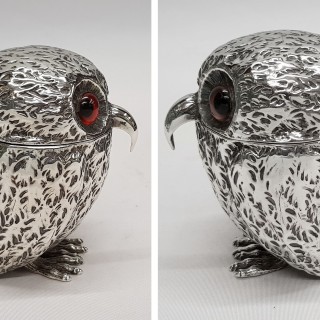 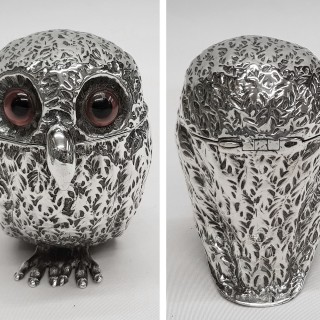 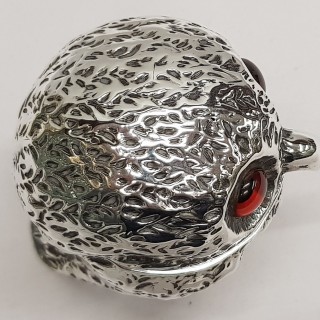 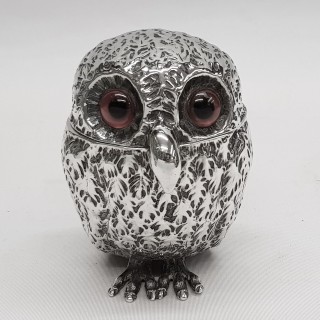 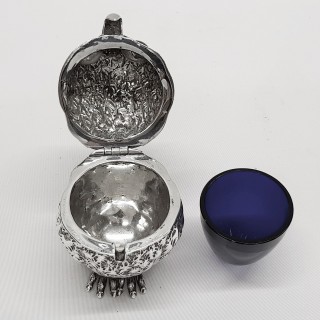 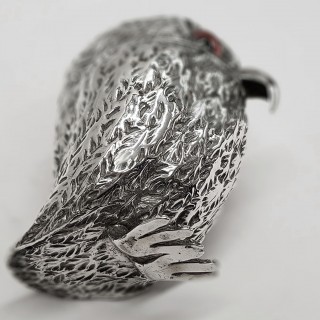 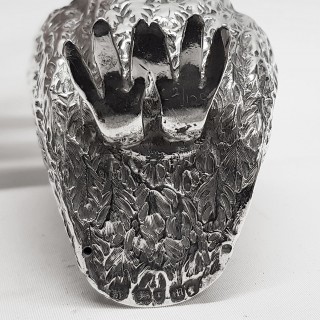 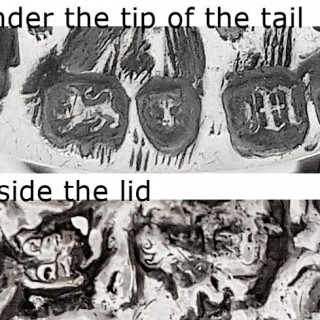 The Fox family of silversmiths. Charles Fox’s mark was entered in 1801, He worked until 1827. His son Charles Fox II joined his father in 1822 and continued until about 1842 when his sons George and Charles Fox took over the family business. George entered a joint maker’s mark in 1842 with his brother Charles Thomas Fox, from 139 Old Street, where they are listed until 1852 as working silversmiths. C.T. & G. Fox then moved to 13 Queen Street (renamed 13 Bateman Street in 1885), Soho, where they are listed as working silversmiths. Charles Thomas Fox retired on 31st December 1860 leaving George Fox as sole partner in the firm of C.T. & G. Fox. The business moved in 1891 to 50 Berwick Street , Soho, where in 1892 they are listed as manufacturing silversmiths, repairs, gilding, plating etc. to the trade.

This superb collector’s piece is in very good condition. The tail is stamped with a full set of English silver hallmarks, the head has the maker and lion mark.