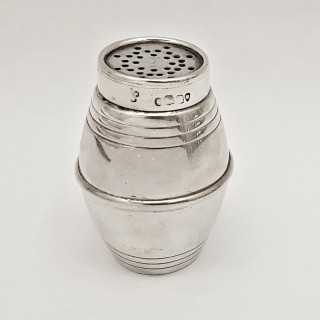 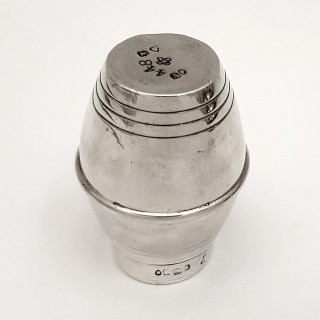 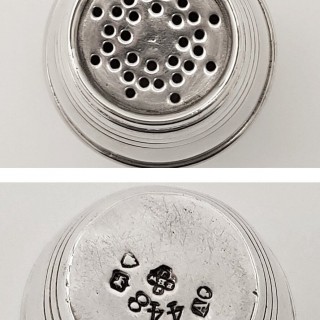 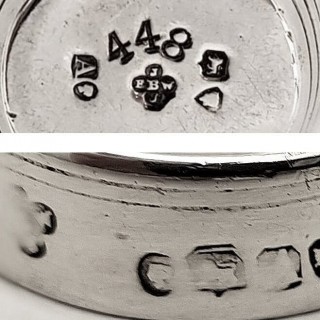 A collectible little novelty silver pepperette in the form of a barrel.

The pepper shaker is in good condition. Stamped underneath and on the top with a full set of English silver hallmarks (the top marks are rubbed but matching).