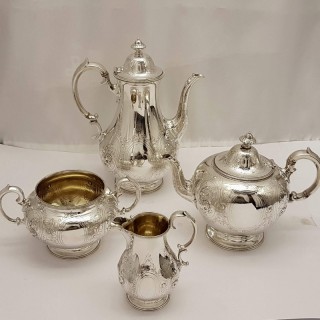 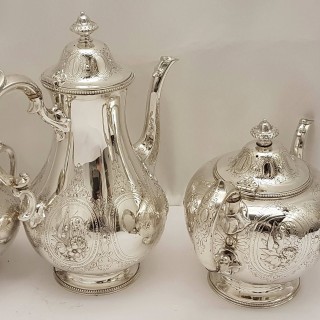 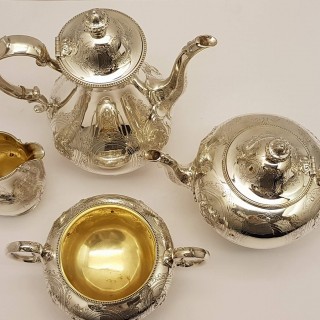 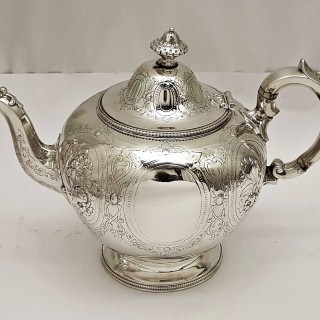 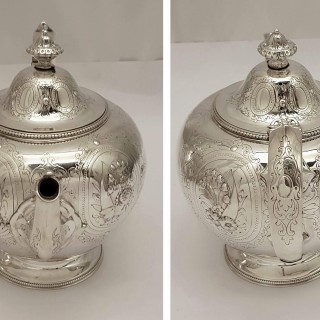 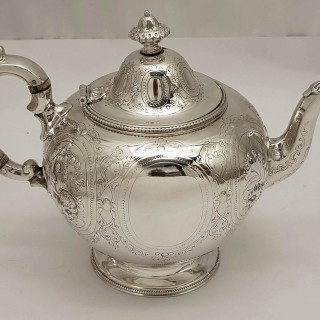 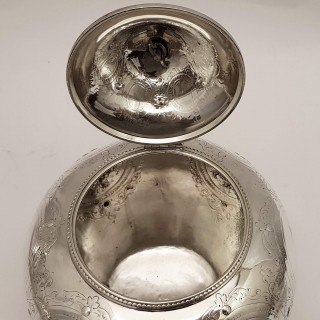 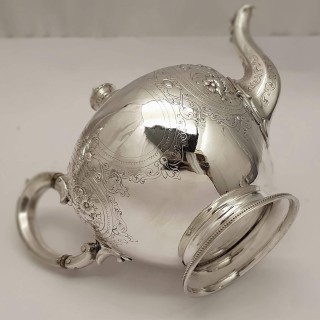 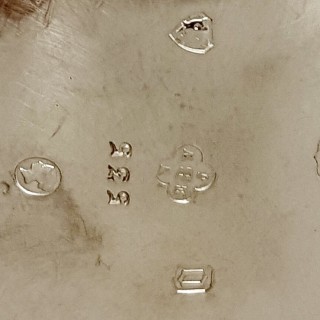 This lovely antique silver tea set is in very good condition. The engraved and embossed decoration is crisp. The gilt interiors are bright. All pieces (underside and lid) are stamped with English silver hallmarks; the coffee pot, sugar bowl and milk jug with date stamp for 1868, the teapot with date stamp for 1869.
Please note that this item is not new and will show moderate signs of wear commensurate with age. Reflections in the photograph may detract from the true representation of this item.