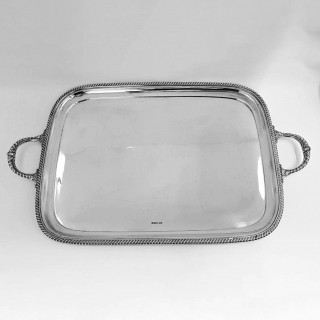 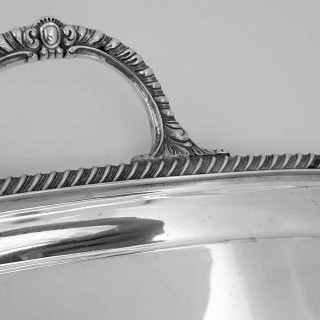 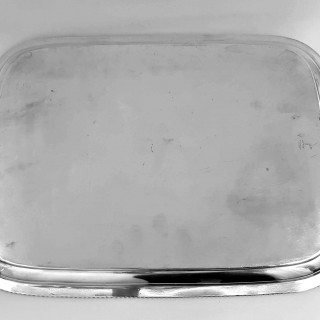 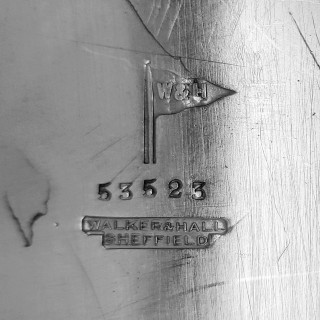 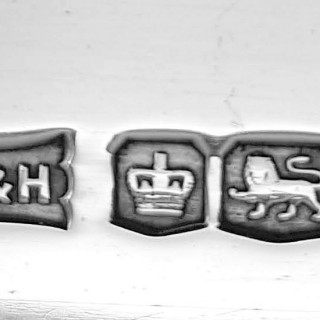 A large and useful antique silver serving tray of plain rectangular form with gadroon borders and side handles. Excellent weight and gauge of silver.

The first Antique Silver Trays were oval shaped and did not appear until the late 18th century. The rectangular form was not generally seen until the early 1800’s. Some early salvers were originally called trays however this term is only used now when there are side carrying handles.
Large trays are often called tea trays and they were often made as part of an extensive and fully matching tea service. Long slender trays are popular for use as drinks trays. Extra large trays are particularly prized by interior designer for use as a coffee or side table.

WALKER & HALL
Walker & Hall. George Walker started this business in 1845 when he secured the royalty for electroplating at Sheffield. He was joined by Henry Hall and the business became Walker & Hall in 1853 with a factory at Howard Street, Sheffield and showrooms at 45 Holborn Viaduct, London. Branches were later opened throughout Great Britain and worldwide. Walker & Hall was made a limited liability company Walker & Hall Ltd in 1920 and combined in 1963 under the British Silverware Ltd with Mappin & Webb and Elkington & Co. Walker and Hall Sheffield were primarily Sheffield Makers, but items with Birmingham, London and Chester Assay Marks can also be found.

In very good condition. Stamped with a full set of English silver hallmarks.