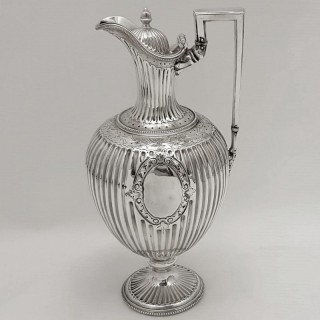 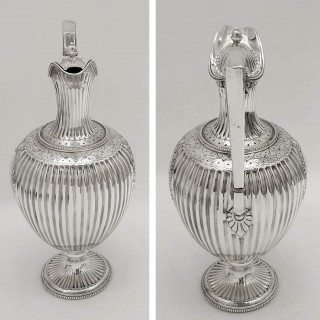 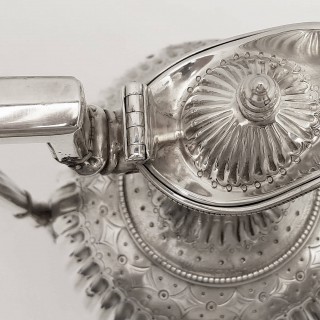 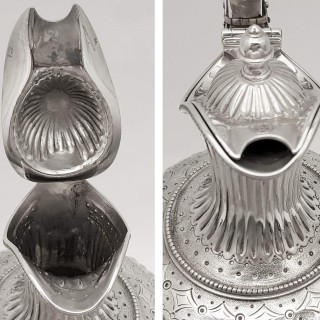 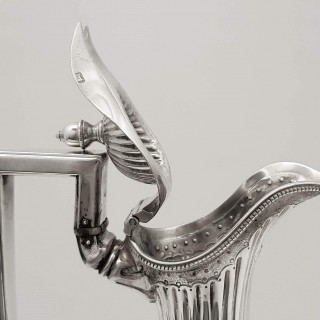 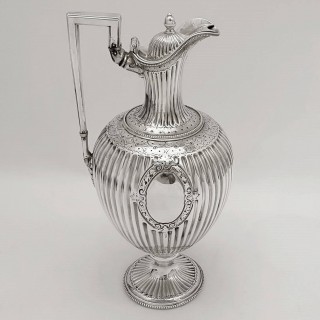 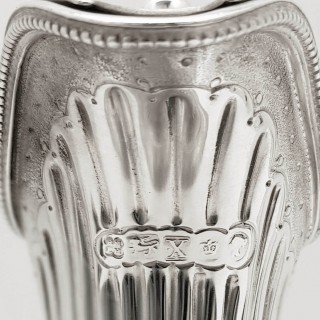 MARTIN HALL
The firm Martin Hall was established as a partnership in 1820 in Sheffield by Henry Wilkinson and John Roberts, trading as Wilkinson & Roberts. Wilkinson left in 1836. In 1846 John Roberts became partners with Ebenezer Hall (his apprentice in 1836) as Roberts & Hall. In 1854 Richard Martin (of Martin Brothers & Naylor) and Joshua Hall (brother of Ebenezer Hall) entered the partnership and the firm became Martin, Hall & Co. In 1866 the firm became a limited company. Although originally based at Shrewsbury Works, Sheffield the company also had factories in London and Birmingham with showrooms in London and Glasgow. The firm participated in the 1851 Great Exhibition, the International Exhibition (1862), the Sydney Exhibition (1879), the Melbourne Exhibition (1881) and the 1915 British Industries Fair. In liquidation 1933, Closed by 1936. Their full name was Richard Martin, Ebenezer Hall & Co.

The earliest form of silver flagon used for serving wine, beer and other cold drinks dates from the late 16th century, and the handsome baluster beer jugs followed shortly after in circa 1720. Silver wine jugs with hinged lids were introduced in the late 18th century. In the 19th century the silver claret jug became popular with its handsome crystal body through which the deep red coloured wine could be admired. In the late 1800s stylish crystal decanters with silver mounts became popular, sometimes two or three decanters would be fitted into a handsome wooden or silver tantalus holder and complete drinks sets would incorporate a tray, jug and matching goblets.

This silver wine jug is in very good condition. The engraving is sharp. Stamped with a full set of English hallmarks to the front below the pouring lip. A few minor dinks.
Please note that this item is not new and will show moderate signs of wear commensurate with age. Reflections in the photograph may detract from the true representation of this item.