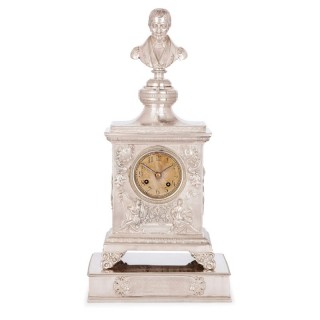 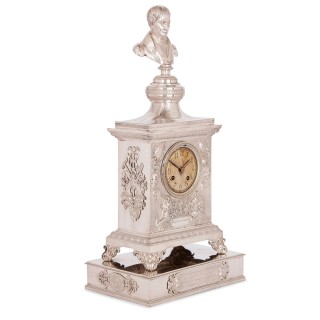 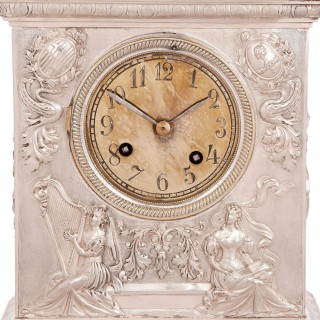 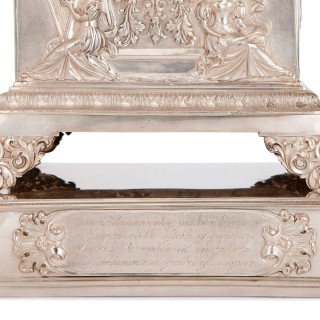 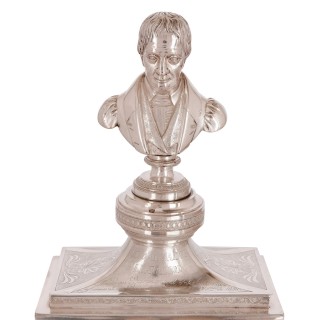 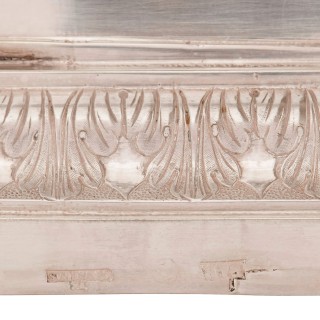 This charming silver mantel clock has a fascinating history, having probably been made as a commemorative item. It dates from the 19th Century in Spain, and is the work of Spanish silversmith Jacinto Carreras (active 19th Century), who has produced some intricate metalwork in casting and decorating this clock.

The clock is modelled as a male bust atop a square clock case on a rectangular plinth. It is built entirely from solid silver, with a central gilt dial with Arabic numerals. Around the dial there are finely-worked relief decorations, showing allegorical figures representing Music and Literature as well as the coats of arms of Barcelona and Argentina supported by swans and acanthus leaves. At either side of the clock case there is further ornamentation, in the form of cornucopiae, farming tools and a caduceus.