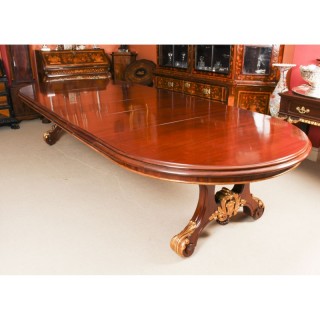 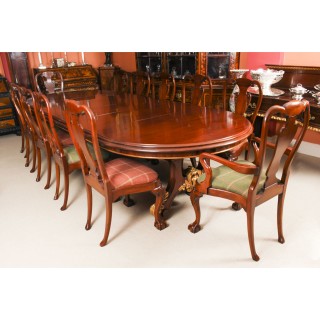 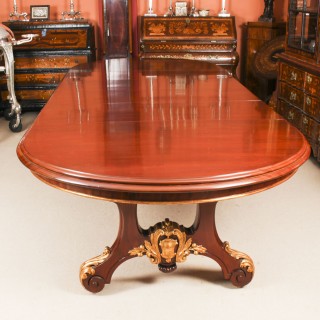 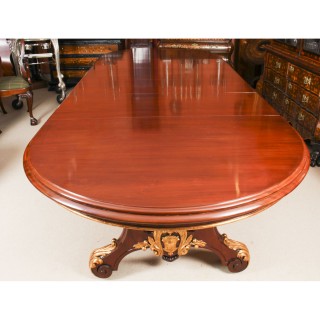 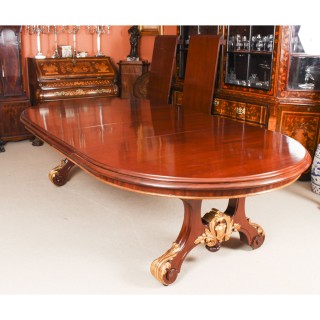 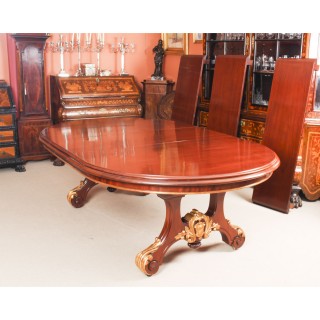 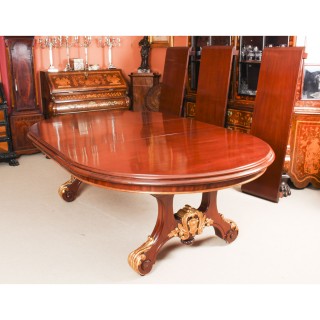 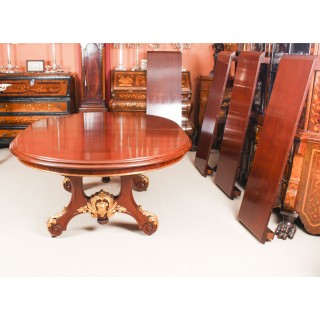 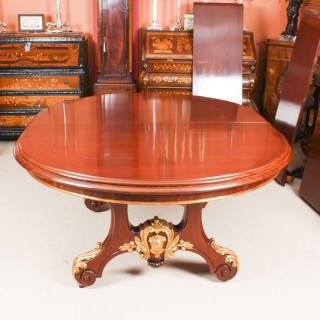 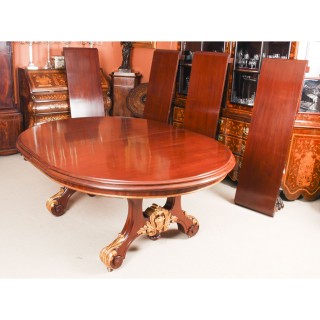 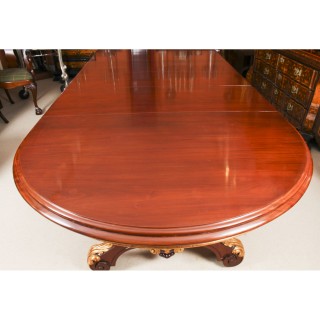 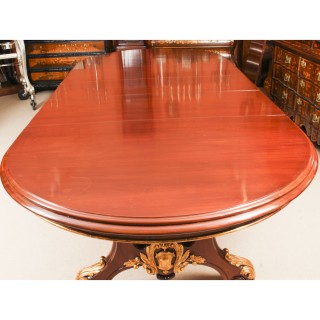 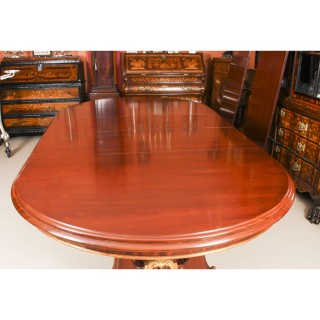 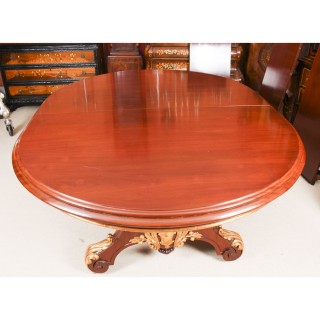 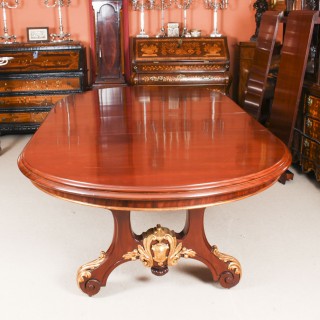 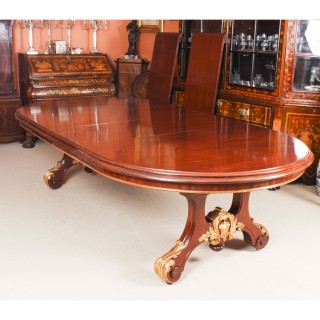 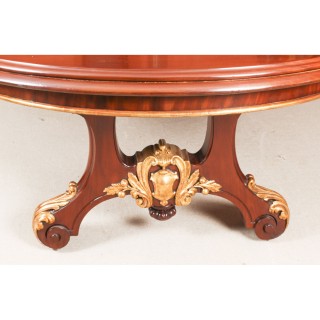 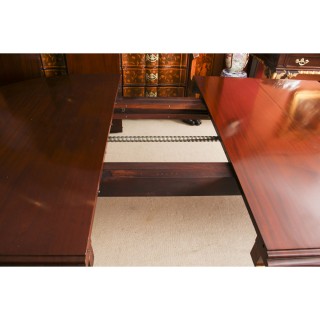 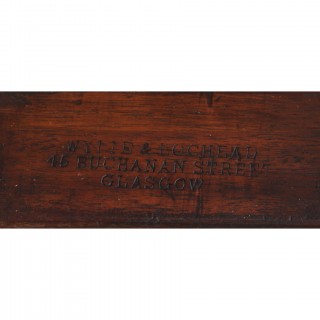 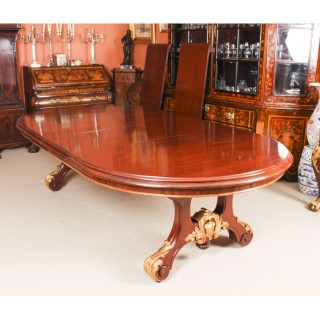 A fantastic antique Victorian mahogany and gilded twin pedestal dining table bearing the impressed mark of the renowned cabinet makers and retailers Wylie & Lochhead, and circa 1850 in date.
The oval shaped table is made from solid mahogany and has four leaves which can be added or removed as required to suit the occasion by a special winding mechanism.

It is raised on a pair of beautifully carved and gilded pedestal bases with downswept legs terminating in scroll feet and the original brass and porcelain recessed castors.

Bearing the inventory number 22308 and stamp of the maker:

Whatever the function of this gorgeous table, it will make a profound impression on your dinner guests or clients and will receive the maximum amount of attention wherever it is placed.

The chairs shown in the photographs are not included but can be purchased if required.

Antique Furniture by the Scottish cabinet makers Wylie & Lochhead, means the piece is going to be of superb quality and a very high level of craftsmanship. They were famous for their stunning selection of wardrobes, dining chairs and dining tables.

In 1829 Wylie & Lochhead was started by cabinetmakers Robert Wylie and William Lochhead and they quickly became very successful with with a string of workshops, showrooms and warehouses in Glasgow employing over 1700 workers. By the 1900s they were a household name across Scotland, renowned for their artistic designs and high levels of craftsmanship.

Their most well known designers were E.A Taylor, John Ednie and George Logan. Their Arts & Crafts Furniture designs were considered of such high quality they were displayed at the Turin International Exhibition alongside those of Rennie Mackintosh and the Glasgow Four.

Wylie & Lochhead soon opened showrooms in England in London and Manchester, but they also began selling abroad in the United States.
Their antique furniture was so well crafted and beautifully finished that you still see many good examples for sale today.

Winding Mechanism for extending tables
A man by the name of Samuel Hawkins applied for a patent on a screw expander on June 6th, 1861. Presumably, Mr. Hawkins either died or retired because his business was taken over by a young machinist named Joseph Fitter in 1864.
Joseph Fitter operated a machinist shop where he produced winding mechanisms for extending tables as well as screw expanders for piano stools and other applications at 210 Cheapside, Birmingham England by the name of Britannia Works.